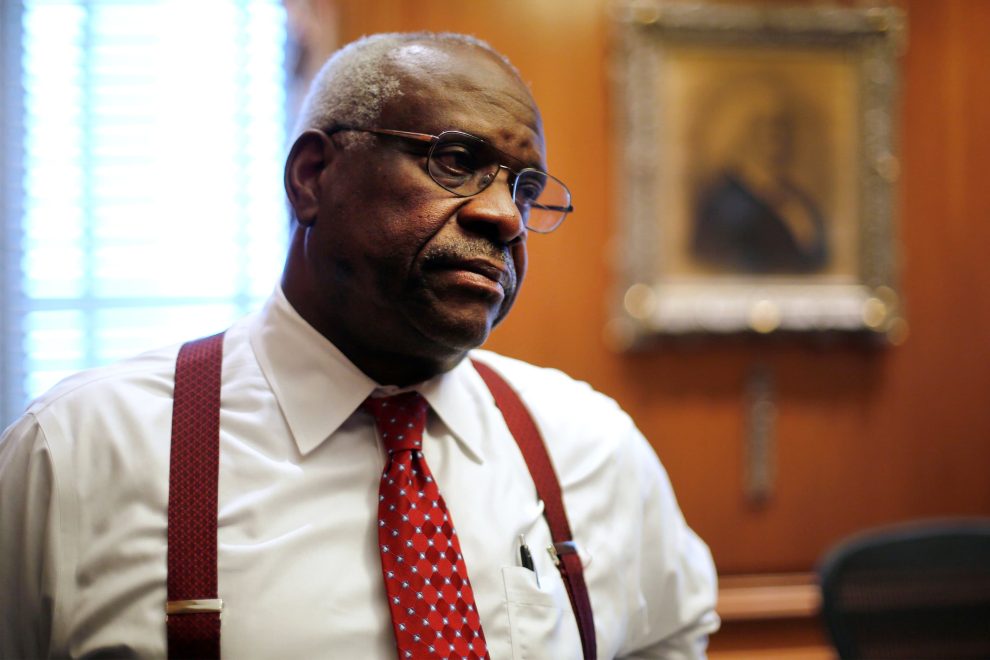 “We can’t be an institution that can be bullied into give you the outcomes you want,” Supreme Court Justice Clarence Thomas told a gathering on Thursday on Roe v. Wade. “The events from earlier this week are a symptom of that.”

Thomas was speaking to the judicial conference Eleventh Circuit. Each federal appellate circuit is under the supervision of one of the nine Supreme Court justices. A Georgia native, Thomas is circuit justice over that court, which has jurisdiction over Georgia, Alabama, and Florida.

The elephant in the room that no one can ignore is the leaked draft opinion in the Dobbs case, which would overrule Roe v. Wade and return the issue of abortion to voters at the state level.

Militant leftists have been pressuring conservative justices to switch their votes to retain Roe, in which the Supreme Court in 1973 invented a right to abortion that was found in the text, structure, or 180-year history of the Constitution.

The court will have none of it, the longest-serving member currently on the Court assured the crowd.

No stranger to opposition, Thomas’s remarks are characteristic of the justice, who is often willing to be the sole dissent in an 8-1 decision. As the senior associate justice, many regard Thomas as the anchor of the conservative wing of the court.

A Supreme Court opinion only becomes official when it is released. Given that the leak was of a full d