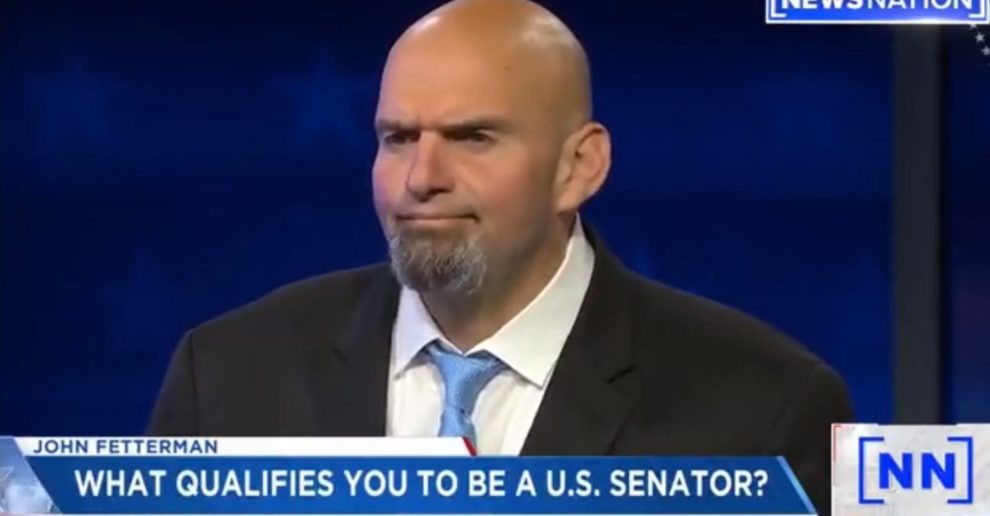 Fetterman, who suffered a stroke in May, told the audience at Tuesday evening’s debate “Hi, goodnight everybody” while taking the opening question. Fetterman is using closed captioning technology at the debate as he has struggled cognitively since his stroke.

ABC27's Dennis Owens: "What qualifies you to be a U.S. Senator?"

John Fetterman: "Hi, goodnight, everybody. I'm running to serve Pennsylvania. [@DrOz] is running to use Pennsylvania. Here's a man that spent more than $20 million…to try to buy that seat." #PASen pic.twitter.com/RPyXN8H6Tb

Twitter
See also  Rachel Levine Calls on Doctors to Push Puberty Blockers and Sex Reassignment Surgery for Children
→ What are your thoughts? ←
Scroll down to leave a comment: