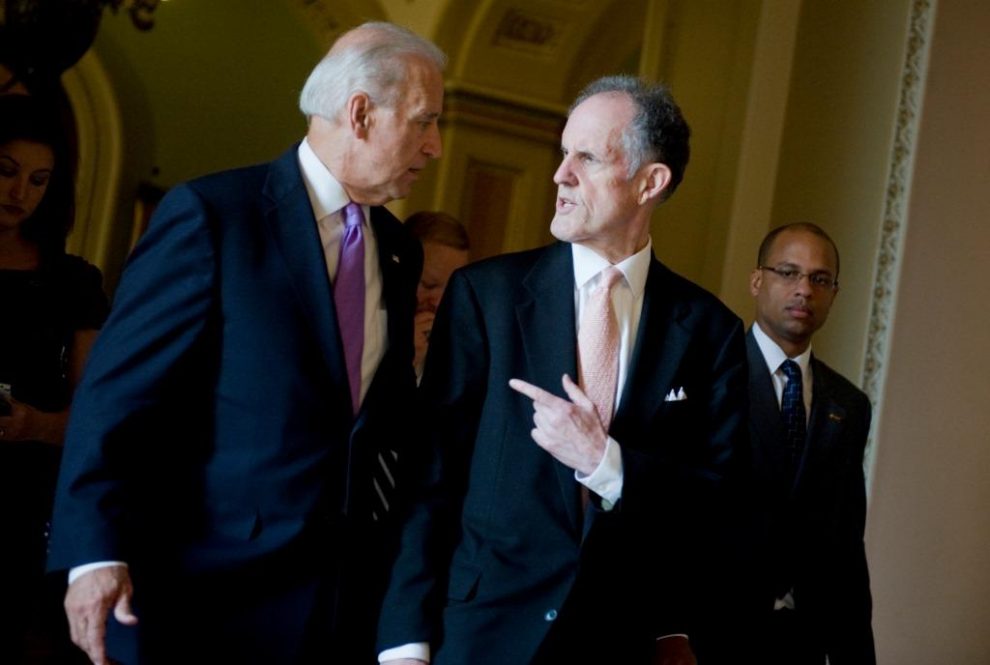 Ted Kaufman, the leader of the presidential transition team for Democratic Party nominee Joe Biden, has signed onto a letter backing term limits for the U.S. Supreme Court.

The letter, published late last week, backs a new bill introduced by Rep. Ro Khanna (D-CA), a supporter of Sen. Bernie Sanders (D-CA), to “democratize” the Court. The bill, H.R. 8424, the Supreme Court Term Limits and Regular Appointments Act, was introduced after the death of Justice Ruth Bader Ginsburg, when it became clear Republicans would be able to move ahead with replacing her on the Court before the election, creating a nominal 6-3 conservative majority. The supporters of the bill claim that they can impose term limits on the Court without a formal constitutional amendment.

The text of the letter states simply: “We are pleased that a formal legislative proposal to limit future justices to 18 years of high court service has been introduced and is advancing public discourse on court reform.”

Democrats have become increasingly vocal about “packing the Court,” which means expanding the number of seats and filing the new vacancies with liberal judges.

Biden has dodged questions about whether he would pack the Court, but has voiced efforts for reform, and promised a formal answer on court-packing by Election Day.