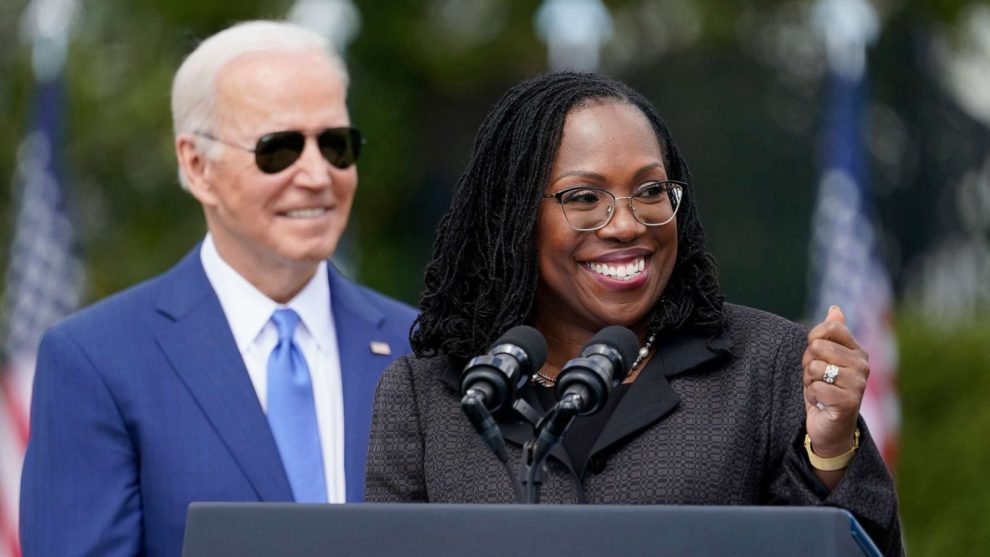 The president said he knew that his Supreme Court nominee would be put through a “painful and difficult” confirmation process, but what he saw from Republican senators was worse than he had expected.

“What Judge Jackson was put through was well beyond that,” Biden said angrily. “It was verbal abuse. The anger. The constant interruptions, the most vile, baseless assertions and accusations.”

Biden was referring to Republican questions, such as those from Sens. Josh Hawley (R-MO) and Ted Cruz (R-TX), of Jackson’s judicial record, including her choice to reduce sentences for convicts guilty of child pornography,

Jackson also stumbled over a question from Sen. Marsha Blackburn (R-TN) asking if she could define a “woman.”

“Not in this context. I’m not a biologist,” Jackson replied.

During the celebration of her confirmation, the president praised Jackson for showing “poise and composure, patience and restraint, and yes, even joy” during the hearings.

Biden criticized the hearings for Jackson despite his own record of presiding over Senate hearings smearing Justice Clarence Thomas with accusations of sexual assault in his 1991 confirmation hearings.

Thomas responded by denouncing the hearings as a “high-tech lynching for uppity blacks.”