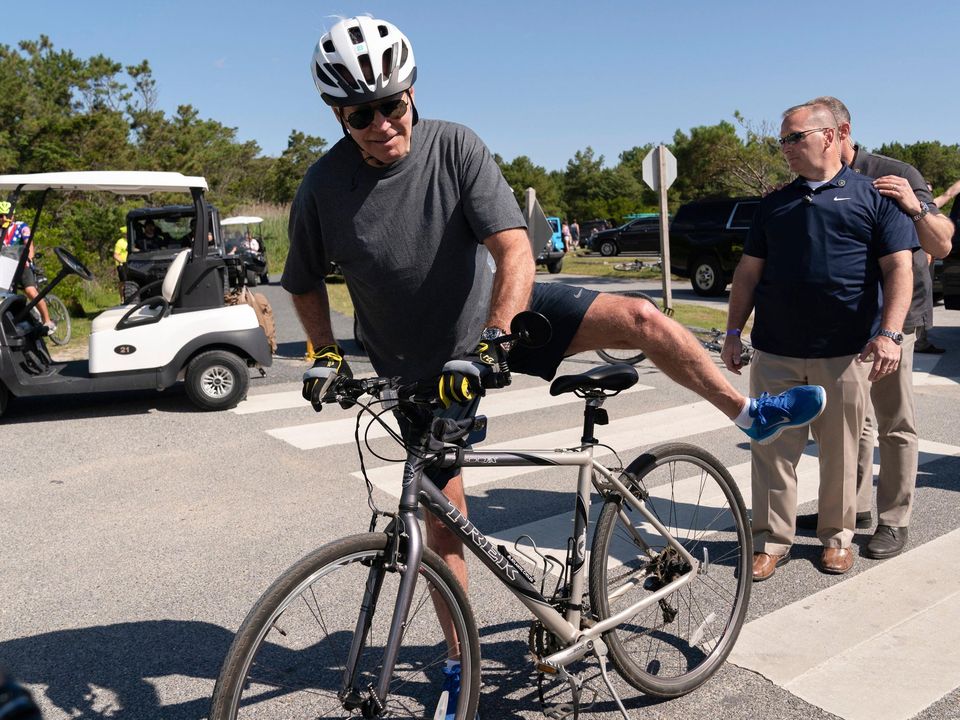 President Joe Biden once again rode his bicycle on Sunday during his beach weekend in Delaware, despite tipping over last month.

“I look like a fool here in this interview,” the president acknowledged after stopping during the ride to speak to reporters and realizing he still had his helmet on.

“I put this helmet on because it was a tough interview,” he joked.

This is the first time Biden has gotten on a bicycle in public since falling in front of the press three weeks ago.

The president pointed out that he had altered his bicycle after his fall when he got one of his feet caught in the pedals.

“I want you to know an important thing: I took off the … thing,” he said, referring to the toe hold on the pedals.

“His speeches can be flat and listless. He sometimes loses his train of thought, has trouble summoning names or appears momentarily confused,” the article read.

The president appeared to be embarrassed by the fall at the time, explaining afterward that the pedals were to blame.

“What happened was, any of you guys ride bikes?” he explained to reporters after his fall. “Well, some of them have this thing you put your toe in, constrains your foot so it doesn’t fall off the pedals. I was getting off the bike and it got stuck on the right side.”

The president repeatedly reassured the world he was doing fine after the accident, even hopping up and down after attending Mass to show he was still physically fit.

Former President Donald Trump reacted to the incident, promising to never even get on a bicycle in the first place.

“I make this pledge to you today: I will never, ever ride a bicycle,” he joked.

Donald Trump: "I hope [Biden] has recovered, because as you know, he fell off his bicycle. No, I'm serious. I hope he's okay. Fell off a bicycle. I make this pledge to you today – I will never, ever ride a bicycle." pic.twitter.com/YHHT2jZmro