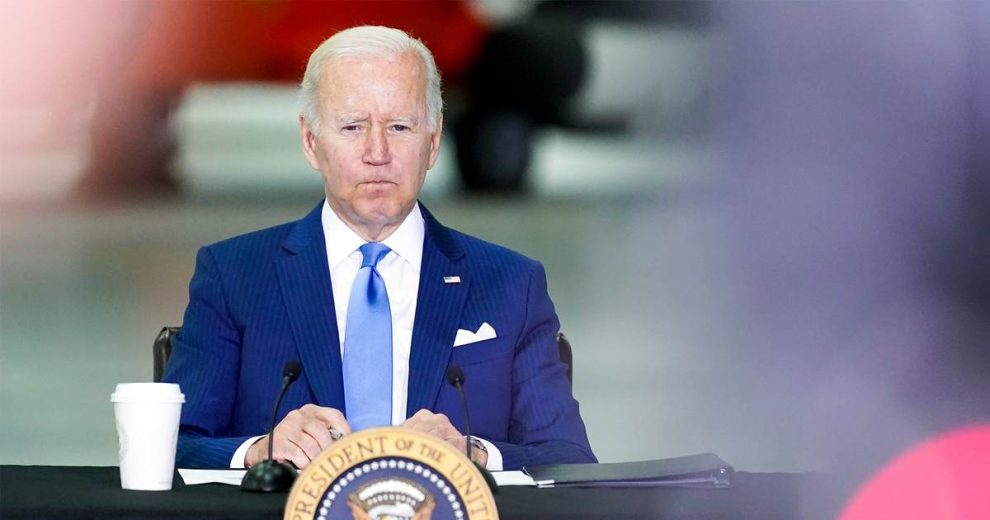 One of the ways the radical left has attempted to self-medicate is by telling themselves that the abortion issue will somehow be an electoral winner in November. As the story goes, masses of voters will suddenly change sides, ignoring everything actually affecting their lives, in order to vote for Joe Biden’s party.

Sunday’s polling drop paints a different picture, though. Naturally, the president’s approval remains in the dumps. He hit a new high in disapproval in the CBS News survey

Biden gets negative ratings on most issues but gets his LOWEST RATINGS for handling the ECONOMY and INFLATION – which are at the top of the priority list for the country to address. pic.twitter.com/kZlHE7oXuM

Biden at 40 percent approval is actually higher than a lot of other polls, but you always have to compare a poll to its prior iterations to see what the trends are telling you. CBS News/YouGov has been consistently kind to the president over the last year, and for him to drop to a new low in even a friendly survey is noteworthy. If Democrats were hoping for a late-game rebound, that’s nowhere to be found.

But it’s the breakdown of the issues that Americans care about that offers the most instruction. While Democrats hope to make abortion their biggest wedge issue for the mid-terms, it simply doesn’t register outside of diehards who made up their minds long ago.

The bottom four issue ranked the highest for “Low Priority” are:

The lowest ranked issues are the entire Democrat Platform for 2022 https://t.co/HD5WlTIFi5

To put it simply, the strategy of making the mid-terms about abortion is going to fail. It’s akin to Liz Cheney’s ploy to appeal to Democrats in Wyoming. The math just doesn’t work, and there’s no reason to think the economy and inflation will do anything but remain the top issues for 80+ percent of Americans. Heck, not even Biden’s own officials are pretending anymore that prices are coming down anytime soon. With interest rates continuing to rise, the stock market will remain depressed as well.

The real question is: Why did Democrats think abortion would be their saving grace in the first place? The Dobbs decision leaked two months ago. If anything, Republicans have gained ground over that time. The fact that the decision is doubly official now is not going to do anything to change the national landscape. In fact, I think the radicalism of the progressive left getting laid bare on abortion could actually alienate some voters. They aren’t out there talking “safe, legal, and rare” anymore. It’s abortion through birth, and relatively few Americans support that.

In the end, Democrats are staring into the abyss, and their big solution is to douse themselves in gasoline near an open flame. They’ve got no good options, they know they have no good options, and they are going to ride their fractured base to total defeat in a few months.