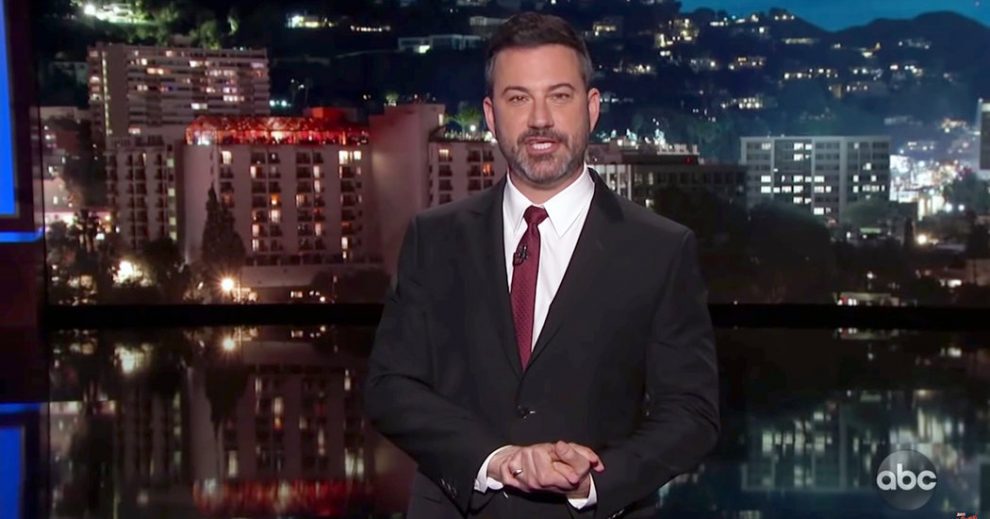 Late-night comedian Jimmy Kimmel reacted to the release of FBI Special Counsel Robert Mueller’s report on Russian collusion on Thursday, suggesting that the fact it exonerated Trump of wrongdoing means that country is in deep trouble.

On Thursday morning, Attorney General William Barr released the full redacted version of the report, determining that the “investigation did not establish that members of the Trump Campaign conspired or coordinated with the Russian government in its election interference activities.”

“It was another remarkable day in here the United States,” Kimmel began in his nightly monologue. “Before the report came out this morning, Trump’s defense attorney general William Barr held a very curious press conference, which was clearly designed to put a positive spin on this not very positive report. This Bill Barr, I don’t know what his deal is. But he looks like if Elton John had conversion therapy and it worked.”

“The reason Donald Trump is still in the White House is because no one in the White House is listening to him” he continued, referring to claims that the White House Counsel refused to fire Mueller at Trump’s request. “And in terms of obstruction, the report makes it abundantly clear that yes, the president did repeatedly lie and ask others to lie… but he didn’t lie to investigators, he lied to us the American people.”

Kimmel went on to point out that the most “explosive part” of the report was when Trump allegedly said the appointment of a Special Counsel meant he was “so fucked” and that his presidency was over. “Of course, he was wrong. It wasn’t the end of his presidency and it’s us that are effed,” Kimmel said.
The late-night comedian also mocked the president’s son, Donald Jr., declaring that Mueller ruled him “too stupid to collude” because he didn’t understand the potential criminal implications of his actions.
“[Trump] also said ‘this is the worst thing that ever happened to me,’ and I assume that includes Donald Jr. being born,” he explained. “By the way, side note, DJTJ, Mueller said that since Don. Jr was unable to understand the criminal code, they couldn’t prosecute him. In other words, he was ruled too stupid to collude.”
Story cited here.
See also  Democrats Seethe After Bernie Sanders Tells the 'Truth' About the 'Inflation Reduction Act'
→ What are your thoughts? ←
Scroll down to leave a comment: