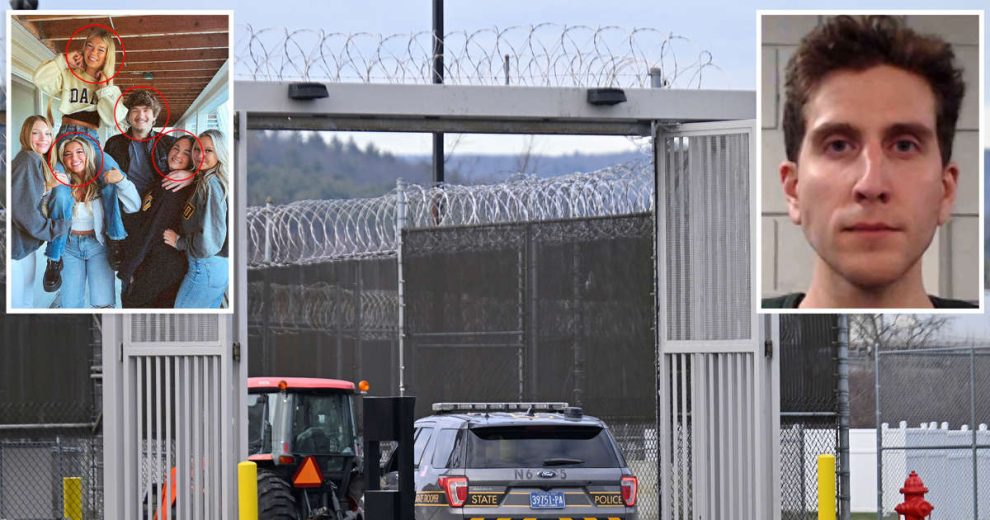 The alleged Idaho murderer Bryan Kohberger has reportedly been threatening prison guards and has been reciting lyrics to violent rap songs at the Pennsylvania jail where he is being held.

An inmate at the jail said that Kohberger, who is accused of killing four University of Idaho students, also tried to expose himself to a female inmate who was in a cell close to him, the Daily Mail reports.

Valerie Cipollina told the Mail that Kohberger has been taunting guards and that the guards were too afraid to enter his cell.

“I cut them, I’ll cut you,” Kohberger reportedly yelled to guards, said Cipollina, who was in jail for six hours on New Year’s Eve due to domestic violence charges.

“You come in here and I’ll cut you,” he allegedly yelled at the guard. “I’m going to pee on your face. Do what you want with me, I don’t give a shit.”

Cipollina said that she could see Kohberger’s upper body through the glass. He was wearing an orange prison jumpsuit rather than the suicide prevention suit that he was wearing in his mugshot.

She said that she initially did not know who Kohberger was, but heard jail employees discussing him, with one saying “that’s the guy who killed those college students.”

Cipollina said that Kohberger was “tall, skinny, and young-looking.”

Kohberger also apparently lifted his shirt on multiple instances and took off his pants. She said that Kohberger was trying to expose himself.

“I couldn’t see his genitals because the glass wall only went down so far,” she said.

Cipollina said that Kohberger was “yelling out violent rap lyrics,” saying that he was reciting Lil Wayne lyrics such as”f*ck my enemies and foes,” and lyrics from a Bad Bunny song.

Kohberger allegedly killed four college students in Moscow, Idaho. Police described the scene of the crime as “the worst we have ever seen.”