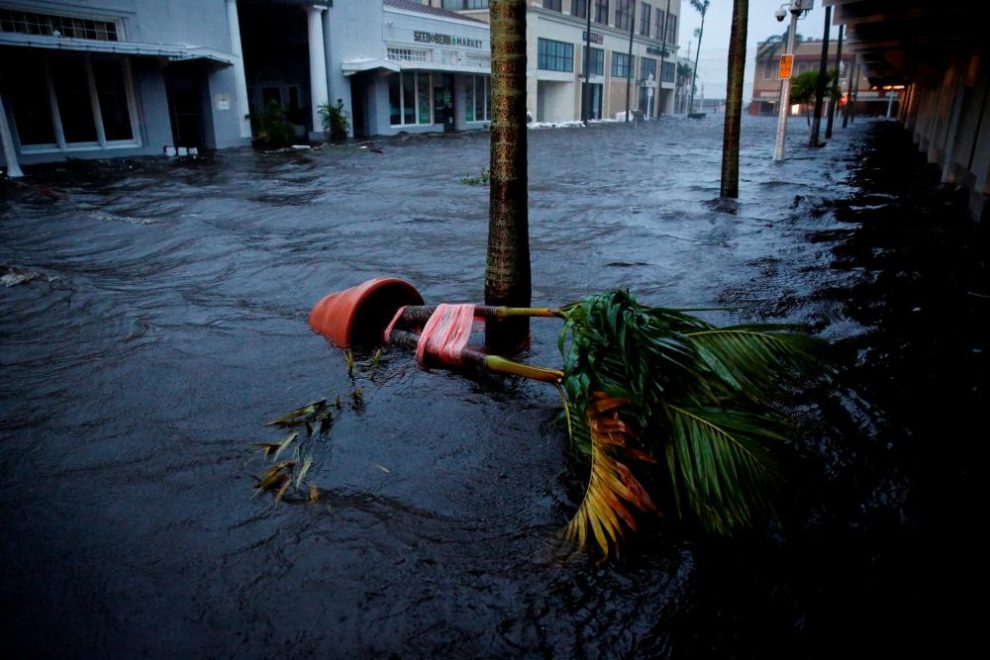 Hurricane Ian slammed into southwest Florida as a powerful Category 4 hurricane Wednesday afternoon after more than 2 million Floridians were given evacuation orders.

With 150 mph winds, Hurricane Ian is tied for the 4th strongest hurricane to ever hit the state, according to meteorologist Philip Klotzbach.

The National Hurricane Center said that the hurricane was moving north-northeast at approximately 9 mph and is expected to slow down and turn northeast on Thursday. The center of the hurricane is expected to make landfall late Wednesday afternoon and the storm will “emerge over the western Atlantic by late Thursday.”

The National Hurricane Center warned that a “catastrophic storm surge inundation of 12 to 18 above ground level” and destructive waves were expected along the southwest Florida coastline. The bulletin warned that “catastrophic wind damage” was already occurring as wind speeds reached up to 155 mph. Officials warned that the storm presented a “life-threatening situation” and that people needed to “take all necessary actions to protect life and property from rising water and the potential for other dangerous conditions.”

Florida Governor Ron DeSantis said that his administration mobilized “fleets of highwater vehicles, 42,000 linemen, 7,000 National Guardsmen and 179 aircraft” to respond to the hurricane.

#HurricaneIan is making landfall now. Florida is ready to respond. We have fleets of highwater vehicles, 42,000 linemen, 7,000 National Guardsmen and 179 aircraft prepared to help.

Approximately one million Floridians have lost power so far as the hurricane makes landfall, with the majority of the outages occurring in Lee, Collier, and Sarasota counties.

DeSantis warned that residents in those counties, if they chose to ignore evacuation orders, could no longer safely evacuate and they needed to prepare themselves for a bumpy ride.

“If you are in any of those counties, it’s no longer possible to safely evacuate. It’s time to hunker down and prepare for this storm,” DeSantis said. “This is going to be a nasty nasty day, two days. It’s going to get a lot worse very quickly. So please hunker down.”

#Cuba (south of Florida and north of #Jamaica) seen from space in the evening of 27 September 2022.

See also  An Utter Betrayal by the GOP
Share this article: