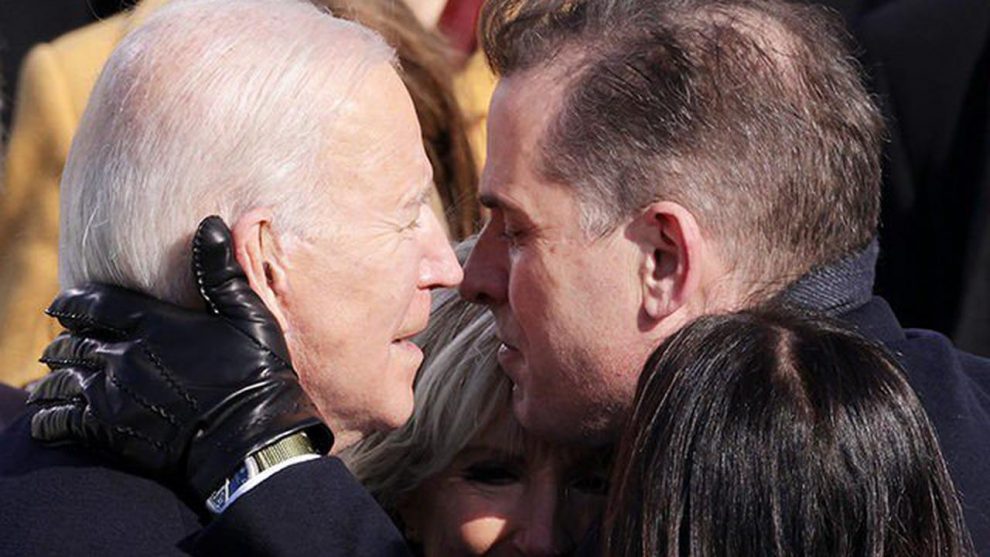 Hunter Biden claimed during a post-coital conversation with a woman identified by the Daily Mail as a prostitute that Russian drug dealers stole his laptop (not the one abandoned to a Delaware computer repair shop) during a Vegas bender where he nearly drowned in a hotel hot tub, according to footage unearthed by the tabloid.

The alleged incident would mean Hunter lost a total of three computers – the first abandoned at a Delaware computer store and the second seized by federal agents – each likely to hold sensitive information on President Joe Biden and the embarrassing pictures, videos and communications of his son.

The third laptop still appears to be missing – and was taken by Russian drug dealers after they partied with Hunter in Vegas, he told a prostitute in a conversation caught on camera.

After filming himself having sex with the woman using his laptop in January 2019, Hunter left the camera rolling as he recounted a Vegas bender in which he spent ’18 days going round from penthouse suite to penthouse suite,’ sometimes costing $10,000 a night.

“I spent f***ing crazy amounts of money,” Hunter is seen telling the woman, before telling a story of how he almost drowned in a hot tub. “I was with these guys. The one guy was, not like you anyway… each night he’d be like ‘there’s going to be so many people here, crazy f***ing party’ and each night it’s nobody.”

“I went out to the hot tub by myself, which hangs over the edge of the f***ing top floor, with glass, it’s ridiculous,” Biden’s son recounts. “And so I’m sitting there and that’s the last I remember. And I don’t ever pass out, ever.”

“I wake up and the only people that are there are Miguel, the guy frantically running round gathering things up, ok – and Miguel, and Pierce, this guy, his friend,” he allegedly added. “They had kicked everybody out. And they had cleaned up the entire place, everything ok? And they were getting ready to leave, and I woke up. And there was this Russian 35-year-old, really nice, pure brunette. She refused to leave and they wouldn’t call an ambulance. And they didn’t know whether I was dead or not, at first.”

Hunter then explains the moment he realizes that his computer was missing.

“I think he’s the one that stole my computer. I think the three of them, the three guys that were like a little group. The dealer and his two guys, I took them everywhere. F***ing everywhere, crazy out of your mind sh**,” he says. “They have videos of me doing crazy f***ing sex f***ing, you know.”

“My computer, I had taken tons of like, just left like that cam on. And he would always put in a passcode and all that, you know what I mean? It was f***ing crazy sh**.,” he adds. “And somebody stole it during that period of time. He did all this kind of like pretend search and sh**.”

Later, the woman asks Hunter if he is concerned that the videos could be used to “blackmail” him.

“Yeah in some way yeah,” Hunter responds. “My dad [inaudible] running for president. He is. I talk about it all the time.”

“If they do, he also knows I make like a gazillion dollars,” he muses. 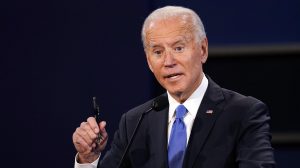