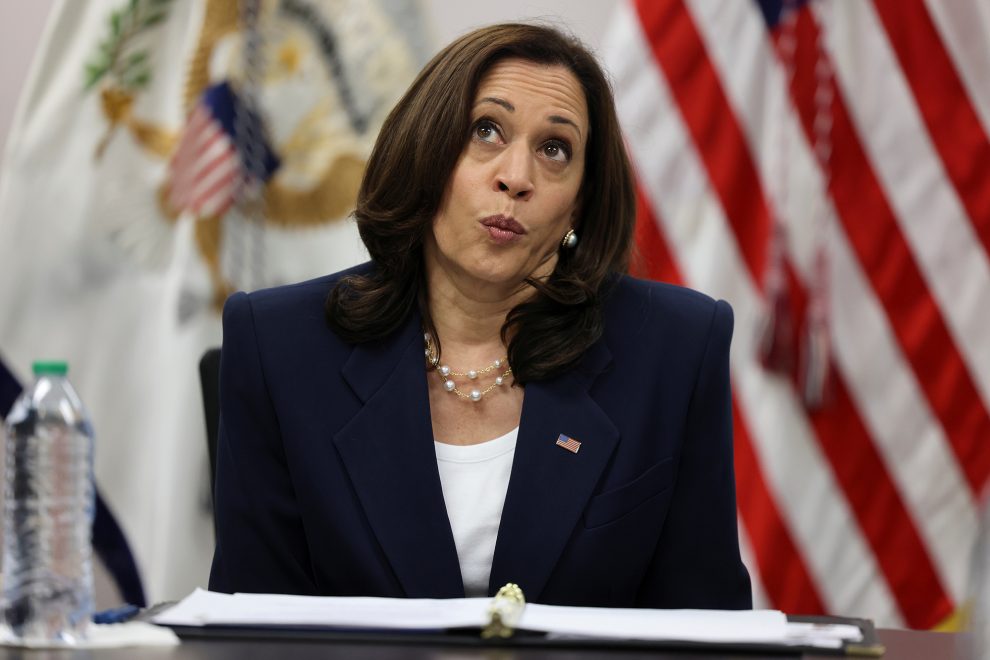 The United States is suffering from a border crisis, historic inflation, high gas prices, and a labor shortage, among other things, and Russia is invading Ukraine and is threatening a nuclear World War III…

Yet, according to Kamala Harris, it’s time to start worrying about preferred pronouns.

This is not a joke. Well… it is, actually… but, Kamala Harris really does think that now is the time to start pushing LGBTQ issues.

On Thursday, Harris tweeted, “Let’s send the Equality Act to President Biden’s desk. We must increase protections for LGBTQ+ Americans across the country. The onslaught of state bills targeting transgender Americans and their families is wrong.”

We must increase protections for LGBTQ+ Americans across the country. The onslaught of state bills targeting transgender Americans and their families is wrong.

The Equality Act purports to expand civil rights protections to the LGBTQetc. community but in actuality will destroy women’s rights by codifying allowing men to play women’s sports and potentially could target free speech by classifying “misgendering” someone as discrimination.

“What a luxury that we can be focused on pronouns during a time like this,” Former Miss Nevada Lisa Song Sutton quipped on Twitter.

Rep. Dan Crenshaw (R-Texas) also chimed in, tweeting, “America: inflation is screwing us, our border is lawless, and there’s a ground war in Europe. Kamala: we need to get men in women’s sports asap.”

“Meanwhile Ukraine is burning and Putin’s army is rampaging across Europe. The Biden presidency is living in the Twilight Zone,” tweeted foreign policy analyst Nile Gardiner, a former aide to Margaret Thatcher.

Even as the world burns and a nuclear war looms, Democrats think LGBTQ issues trump everything else. The Biden administration is beyond parody.