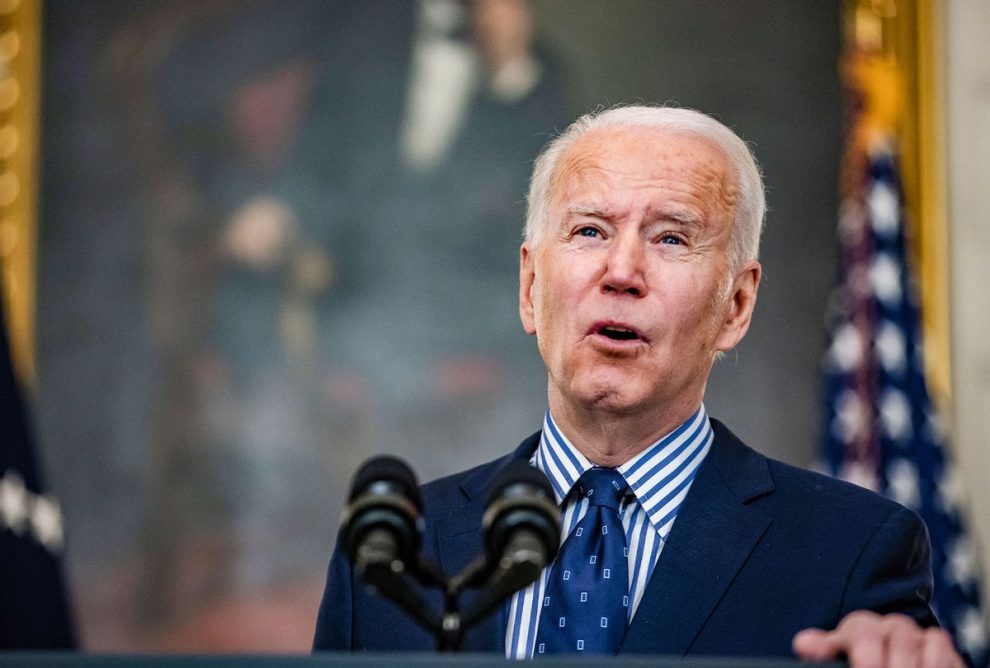 President Joe Biden got caught calling Fox News reporter Peter Doocy a “stupid son of a bitch” over a question about inflation on Monday.

The hot mic occurred during a White House press conference Monday afternoon when Peter Doocy asked the president if rising inflation will severely hurt the Democrats in the coming mid-terms.

“Do you think inflation is a political liability in the mid-terms?” Doocy asked the president.

“It’s a great asset,” the president sarcastically responded. “More inflation. What a stupid son of a bitch.”

.@JoeBiden doesn't like it when reporters ask about inflation: "What a stupid son of a bitch." pic.twitter.com/tF2oIogVvZ

Doocy laughed it off shortly after the exchange during an appearance on Fox News:

While inflation might seem like an obvious political liability for the coming mid-terms, the Democrats have not exactly framed it that way in recent months, often characterizing the issue as a rich people problem that average voters do not care about.

All the stuff you see about inflation in the news is driven by rich people flipping their shit because their parasitic assets aren’t doing as well as they’d like and they’re scared that unemployment benefits + stimmy checks + 15 minimum wage + labor shortage is why.

Likewise in November of last year, Rakeen Mabud, chief economist of the Groundwork Collective, argued that inflation was actually a “good sign.” This sentiment was echoed by Anne Price of the left-wing group Insight Center.

“I have high tolerance for inflation in this kind of economy. Because I think we need it as a society to heal,” said Brooks. “But if it turns out to be accelerating 1970s inflation, that becomes its own monster.”

In an op-ed for CNN Business last December, Alison Morrow wrote that “inflation can actually be good for everyday Americans and bad for rich people.”:

Inflation can actually be a good thing for many working-class Americans, especially those with fixed-rate debt like a 30-year mortgage. That’s because wages are going up, which not only empowers workers but also gives them more money to pay down debt.

Contrary to Biden’s assertions, given that the Democrats have been arguing in favor of inflation for the past few months, Doocy’s question about inflation’s effect on the upcoming midterms is anything but stupid.