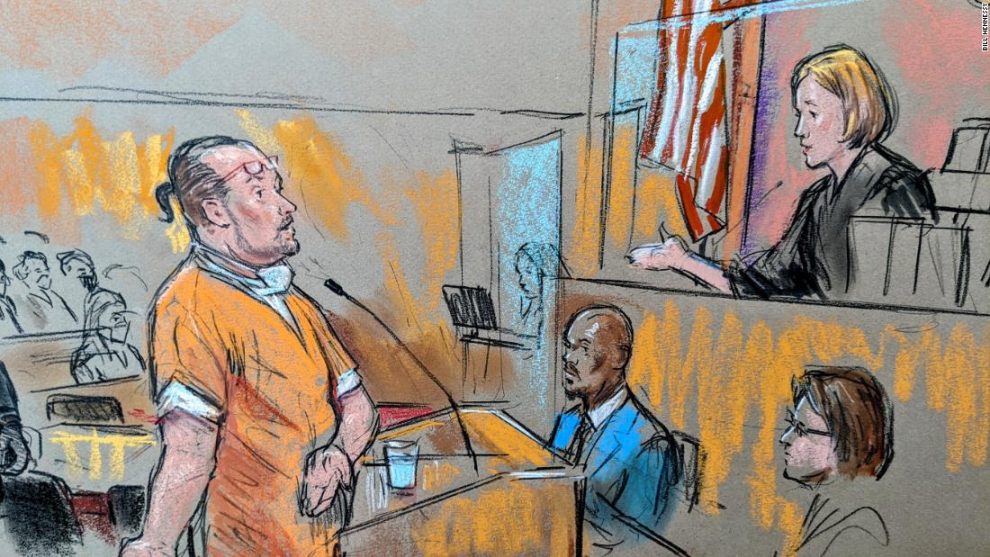 U.S. District Judge Dabney Friedrich sentenced Guy Reffitt to serve 87 months in prison, to be followed by 3 years of supervised release. Dabney warned Reffitt if he violates terms he will go back to prison for up to the maximum term. This was the minimum sentence under sentencing guidelines of 87-108 months.

Reffitt will serve the longest prison term handed down to date to any defendant connected to January 6th.

Please help Guy Reffitt pay for an Appeals attorney HERE. Hopefully by that time the country will be in a better place to judge this man.

The “good” news and win here is the Judge did not apply the “Upwards Departure for Terrorism” to Reffitt’s sentence, which would add many more years to his sentence recommendation. This was pushed by the shameless Department of Injustice prosecutors who were hoping to find a way to legally label January 6th defendants as “Terrorists”. The prosecutors hope to discourage all J6 defendants from going to trial, and scare them into cooperating and taking a plea by terrorizing them with the possibility of a “Terrorism Upwards Departure” at Sentencing if found guilty.

“What concerns the court is… his decision to go to trial should not result in a dramatically different sentence from those who took plea deals,” said the Trump appointed Judge in one of her actual fair remarks. This statement is a win for other defendants awaiting trial, but on the flip side the Judge still handed down the longest sentence yet to a NON-VIOLENT OFFENDER who did NOT ENTER THE CAPITOL and the first to be sentenced that went to trial.

Reffitt’s Attorney Clinton Broden had argued for a downwards variance of 24 months. When we spoke to Reffitt over the weekend he was heavily hoping for this and desperately clinging to the thought of being with his family again soon. Today, he found out it will still be about another 6 years (after subtracting time already served) when he can finally return to his home, wife and children in Texas.

Although Reffitt did not enter the Capitol or attack police, what buried him was his “Hyperbolic and Rhetorical Statements”, which are CONSTITUTIONALLY PROTECTED FREE SPEECH. This is a fact that the country has been brainwashed and “retrained” out of understanding throughout the duration of the January 6th Propaganda Hearings and the mainstream media’s demonization of January 6th. HYPERBOLIC STATEMENTS, EVEN THOSE ALLUDING TO VIOLENCE, HAVE BEEN DEEMED CONSTITUTIONAL IN BY THE SUPREME COURT.

Furthermore, many of Reffitt’s “hyperbolic statements” used against him in court were made in his own home on medications as he was being secretly tape recorded by his teenage son Jackson (who turned him over to the FBI and acted as star witness for the prosecution).

Prosecutor Risa Berkower read a short letter written by Jackson Reffitt, Guy’s son, to the courtroom. In it, THE TEENAGER ASKED THE JUDGE GIVE HIS DAD THE MAXIMUM SENTENCE. He said his father has “slowly lost himself over the years”, “fallen into a horrible community to find a place in this life.”, and asked for “mental health treatment to be part of his father’s sentence”. 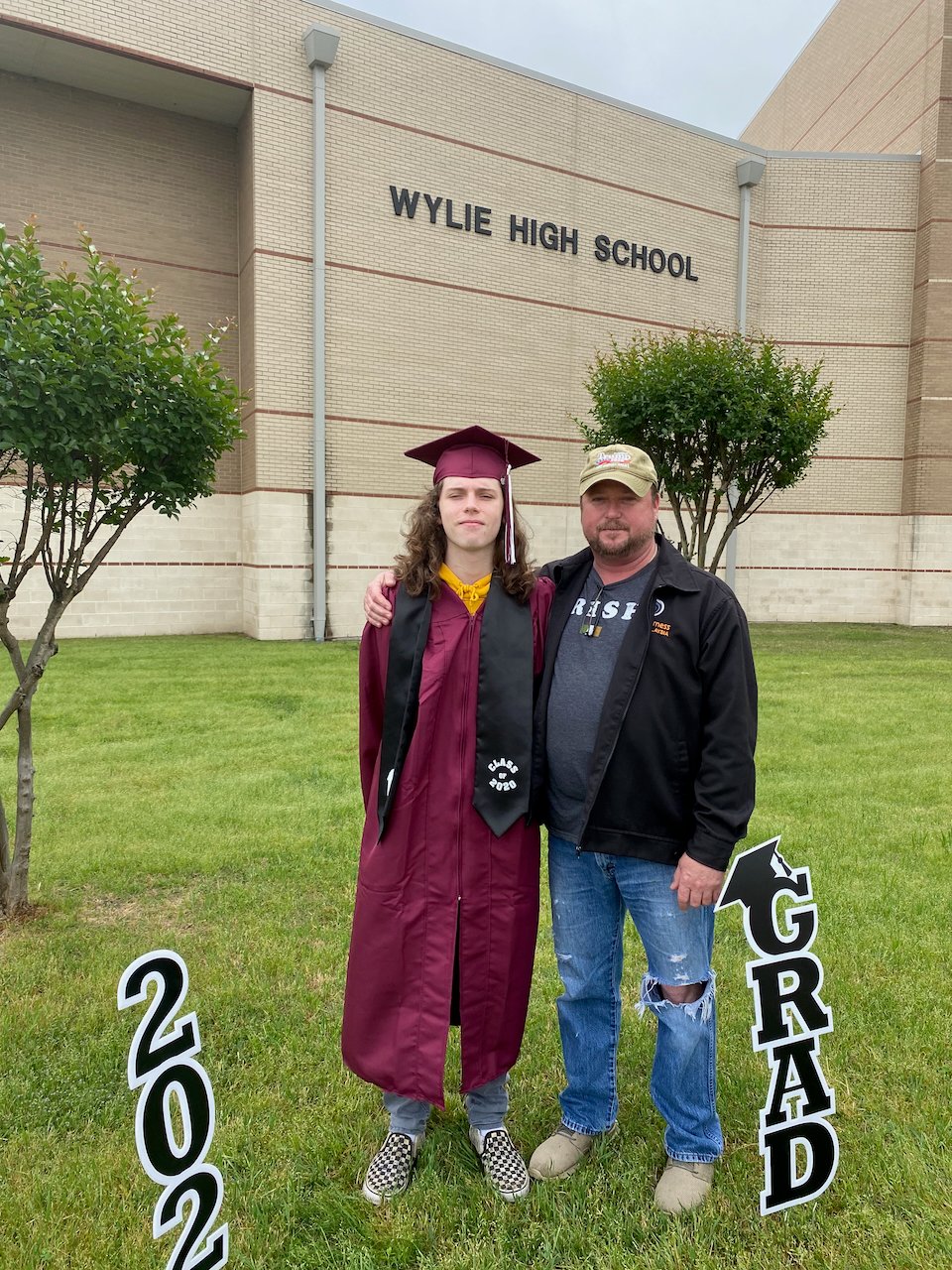 In the end, the Judge somewhat succumbed to the prosecution, and dutifully handed Reffitt the longest sentence yet for a January 6th protester.

“She could have made a statement and said ‘enough is enough’, and given him time served”, said Tina Ryan of Citizens Against Political Persecution. “She had the power to do so. Yet she chose to send this poor man packing to a Federal Penitentiary for seven plus years. She knows the punishment does not fit the crime but in the end has to comply somewhat with the Regime.”

Judge Friedrich had described Guy Reffitt and those who committed similar acts a “direct threat to our democracy” and says they will be “punished as such”, according to a live courtroom witness.

The prosecutors also used Reffitt’s family GiveSendGo crowd sourcing efforts against him. Reffitt told the judge that his family “would be on the streets if he didn’t say something to garner money for them”. He has stated that without his GiveSendGo he would be unable to provide for his wife and children from DC Jail.

We were in the courtroom and covered the Reffitt trial back in March where we interviewed the shameless DOJ prosecutors Jeffrey Nestler and Risa Berkower that were back in action at Reffitt’s sentencing today. See the video of the Regime puppets below:

Here are some of the outrageous statements made by the Prosecution in their quest to pressure the judge for a maximum sentence for Reffitt:

“This is not someone who was a lone wolf,” said Assistant United States Attorney Jeffrey Nestler. “He (Reffitt) had a leadership role in his militia group, he (Reffitt) had reached out to Sen. Ted Cruz’s office, etc.”

“They are attacking the Second Amendment, and not the part most people know about,” said Ryan of Citizens Against Political Persecution. “Not just guns, but militias now as well. By the end of it the entire country will be castrated if people do not wake up to the agenda.”

“He was trying to take over our government,” continued prosecutor Nestler. “He wasn’t just trying to stop the vote… the terrorism enhancement is warranted by all of those factors. Not just the defendant’s conduct on Jan. 6, but afterward.”

No need to explain that this is just plain ridiculous…the prosecution trying to convince us that Guy Reffitt supposedly thought he was going take over the country and start issuing Executive Orders.

Lastly, the condescending Trump appointed Judge Friedrich lectured Reffitt for stating the necessity to “rebel against the tyranny of the government” while he was in jail. According to a courtroom observer, when the judge asked Reffitt where he heard ideas like this he said “Uh, in elementary school. From the founding fathers. You know like Benjamin Franklin and George Washington.” To which the judge replied with something along the lines of- “That is why we have to vote that stuff out.”

The idea of being able to rebel against a tyrannical government has always been a staple in the American mindset. I guess after Biden took office and they got Trump out we all should roll up our sleeves and STFU. Soon enough they will erase the Revolutionary War and Founding Fathers from the failed Common Core Curriculum.

So now being a patriot is a negative thing.

Welcome to One Party Rule. Welcome to Biden’s America.