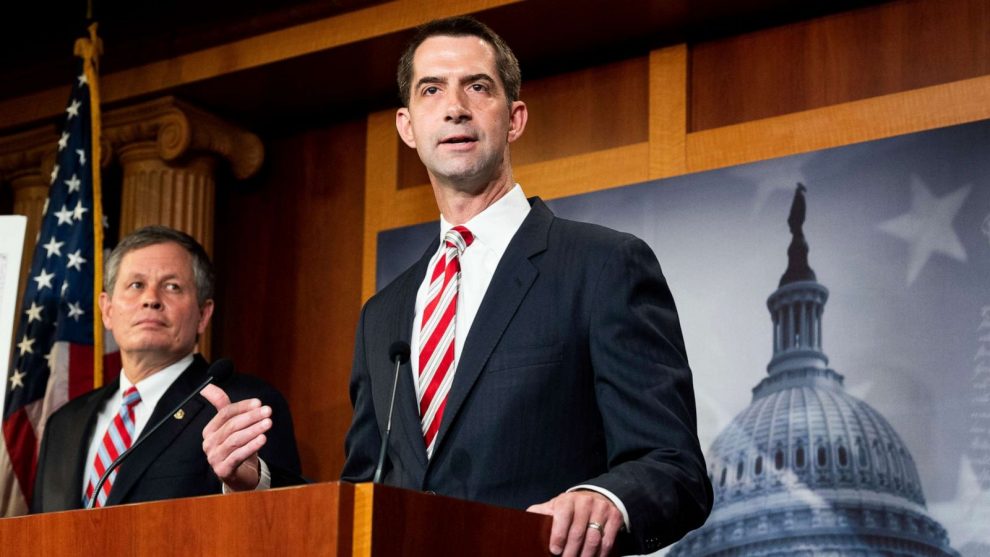 Senate Republicans, who are battling to cling to their fragile majority, were left frustrated and gloomy after Tuesday night’s chaotic debate between President Trump and Democratic nominee Joe Biden that left them talking about controversies they had hoped to put behind them.

Tuesday’s night debate was a comedown for many Republicans who were flying high after the Senate GOP conference quickly unified behind Trump’s Supreme Court pick. Instead of spending Wednesday touting nominee Amy Coney Barrett, they spent the day fielding questions about the president’s refusal to directly rebuke white supremacist groups or to commit to a peaceful transfer of power.

The first media question at an event Senate Republican women planned Wednesday morning to highlight Barrett’s nomination to the Supreme Court was about Trump’s debate performance and whether it would hurt Senate Republican candidates with female voters.

Another Republican woman in a toss-up race, Sen. Susan Collins (R-Maine), called it “the least educational debate of any presidential debate I’ve ever seen.”

Collins said “there was fault on both sides” and lamented “the name calling was very unbecoming for a presidential debate.”

She also said it was a mistake for Trump not to unequivocally condemn white supremacy.

Senate Republican leaders sought to keep their focus Wednesday on Barrett’s nomination, which would give conservatives a 6-to-3 majority on the high court. But Senate Majority Leader Mitch McConnell (R-Ky.) and other GOP senators were quickly dragged into the imbroglio over Trump’s debate comments, particularly the moment he called on the far-right group the Proud Boys to “stand back and stand by.”

Asked about whether the debate would be a problem with women, McConnell said “it was not Lincoln-Douglas,” referring to the historic debates between Abraham Lincoln and Sen. Stephen Douglas in 1858, and then quickly sought to distance himself from the president.

McConnell said he “associated” himself with the remarks earlier in the day by Sen. Tim Scott (R-S.C.), who called on Trump to “correct” his statement about the Proud Boys.

“With regard to the white supremacy issue, I want to associate myself with the remarks of Sen. Tim Scott,” McConnell said. “I think he said it exactly correctly and that’s exactly how I would express myself on that issue.”

“He said it was unacceptable not to condemn white supremacists and so I do so in the strongest possible way,” he added.

McConnell last Thursday pledged that “the winner of the November 3rd election will be inaugurated on January 20th” and promised “there will be an orderly transition.”

They hoped to put the controversy in the rearview mirror, and it appeared for a few days they had succeeded and then Trump put it back in the spotlight Tuesday night.

Asked by debate moderator Chris Wallace whether he would urge his supporters to stay calm and wait to declare victory until the election results had been certified, Trump warned of voter fraud.

“I’m urging my supporters to go in to the polls and watch very carefully, because that’s what has to happen,” he said, citing the Philadelphia primary as a sign of problems to come on Nov. 3.

An aide to one vulnerable Republican incumbent senator said the most damaging impression left by the debate was Trump’s “unpresidential” demeanor on the debate stage but argued that Biden was spattered by the mudslinging as well.

Even Trump’s staunchest allies in the Senate Republican conference were left wincing over his debate performance.

Sen. Jim Inhofe (R-Okla.) said he didn’t think there was a “clear winner” at the debate but acknowledged “our president was a little too forceful.”

“I think you’ll see that will be changed,” he said, advising Trump to “restrain himself a little bit” the next time he faces Biden.

“I’m for all clearly denouncing that, any extremism on both sides,” he said. “That’s what I would do.”

Only a week ago it was Democrats who were on the defensive after liberals called for packing the Supreme Court or scrapping the Senate filibuster rule to retaliate against Republicans for filling the vacancy left by late Justice Ruth Bader Ginsburg before Election Day.

Biden dodged Tuesday night when asked by Wallace whether he would support eliminating the filibuster or expanding the court if elected. But the moment was quickly obscured by Trump’s repeated interruptions of Wallace’s questions and Biden’s attempts to answer them.

One senior Republican senator warned that Trump needs to change his tone in the next two debates or he’ll alienate swing voters.

“Trump did well on substance, style got in the way. If he doesn’t turn it down a notch, he’ll never break through,” the senator said.

A second Republican senator called the debate “hard to watch.”

“Like so many things with the president it was predictable and shocking at the same time,” the lawmaker joked. “So much of that personality is baked in” everything Trump does.

The Commission on Presidential Debates, which sponsors the debates, on Wednesday said it was considering changes to “ensure a more orderly discussion of the issues” at the next two debates, but GOP senators expressed skepticism that anything will be able to prevent another unruly brawl.

“I’m not sure there’s a format that solves that problem,” said Sen. Pat Toomey (R-Pa.).

Trump’s comments on the debate stage put other GOP incumbents in competitive races on the hot seat.

Sen. Thom Tillis (R-N.C.), who is trailing his Democratic opponent in recent polls, declared: “White supremacy or any organizations that are antagonistic should be condemned 24/7.”

Black voters make up more than 20 percent of the electorate in North Carolina and higher turnout among these voters helped President Obama win the state in 2008.

Sen. Steve Daines (R-Mont.), who is in a tough re-election race himself, quipped: “It was barroom brawl and as we say in Montana, it got a little Western at times.” 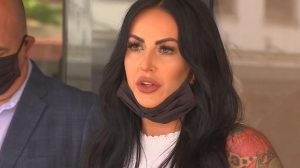 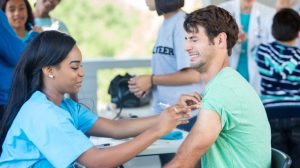 Most Whites Must Adhere to Ivy League University Vaccination Requirement; Minorities Allowed To Claim Racism To Opt Out 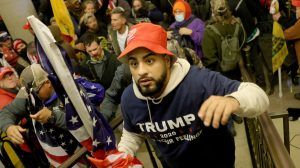