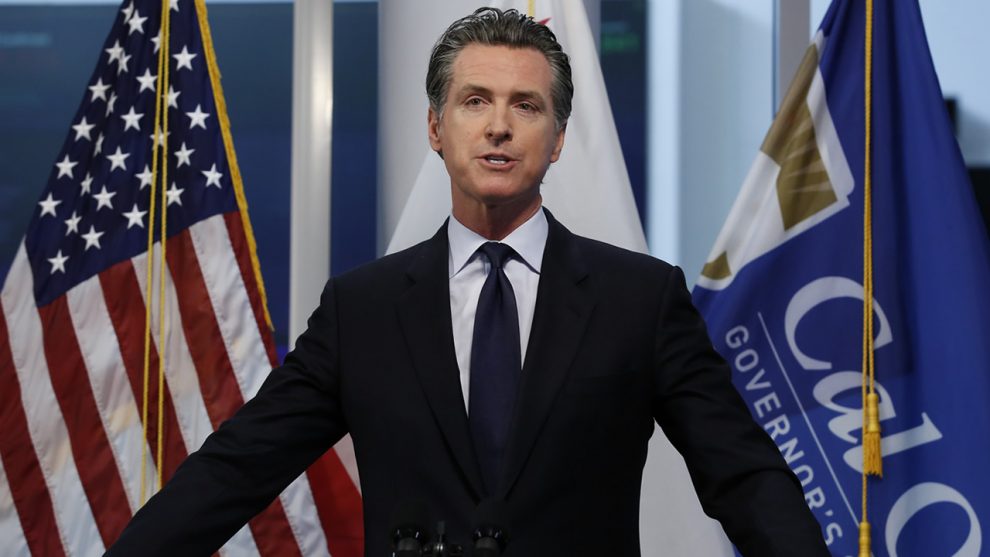 California Gov. Gavin Newsom (D) is warning fellow Democrats that a “red wave” is coming next Tuesday, and that the party is not doing enough to compete with Republicans on “messaging.”

California Gov. Gavin Newsom is campaigning for embattled Democrats in an effort to bail out a party he says is being "destroyed on messaging.” He spoke exclusively with @MajorCBS addressing questions about whether his political ambitions extend beyond the Golden State. pic.twitter.com/CzVdOhz7kX

Newsom, who has focused on trolling Republican governors in Florida and Texas rather than campaigning at home, issued his warning in an interview Tuesday with CBS news. Asked whether the election feels like a “red wave,” Newsom replied: “Yeah. Of course it does. And again, I’m not paid to say that, I’m paid to say, you know, [indistinguishable] — I get it. Look, I mean, I could be the cheerleader. I’m also a pragmatist. You feel it.”

Newsom said that Democrats are “getting crushed on narrative.” He did not suggest any problems with Democratic Party policies on the economy, crime, or the border, three of the issues that are most important to voters.

He told Major Garrett of CBS that he had “no interest” in running for the President of the United States. Asked whether he could say that he would “never” run, Newsom said, “Yeah.”

He added that the likely ascent of fellow Californian Rep. Kevin McCarthy (R) to the position of Speaker of the House, in the event that Republicans win the House, filled him with “fear.”

Newsom will campaign for embattled Democrats in closely-contested congressional districts in his home state in the final days of the campaign, though the vast majority of California voters submit their ballots by mail, and have been doing so for weeks already.