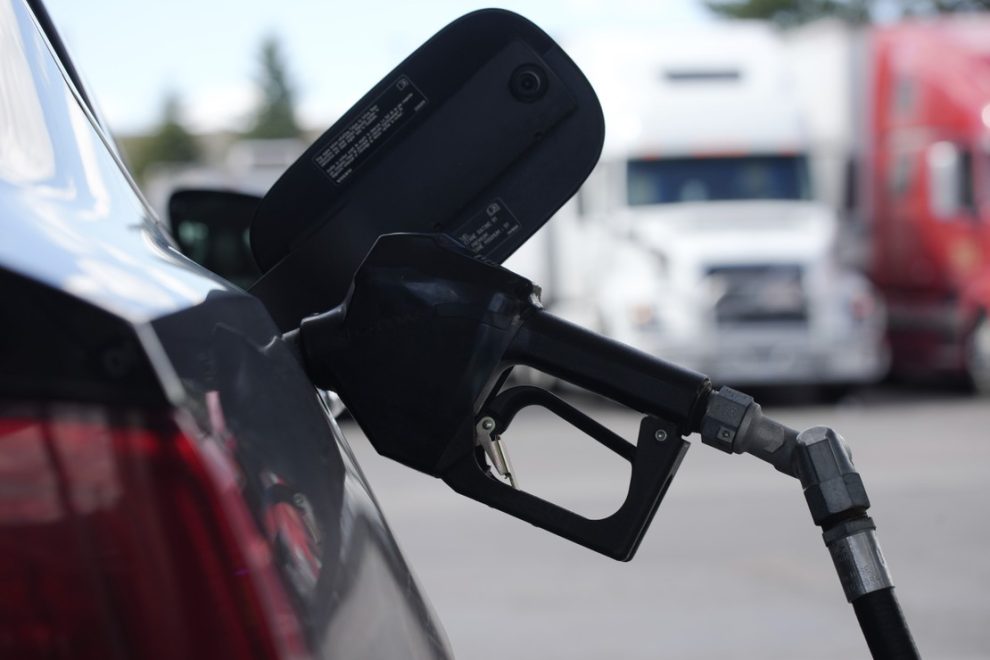 As if we need any more proof Biden & Co. think Americans are stupid, on Friday, White House staffers sent the media an Orwellian-level gaslighting email entitled, “ICYMI: America Just Got A $100-A-Month Raise.’” Weird, right? I seem to have missed that “raise.”

Included in the email was a link to a insidious CNN article of the same headline that gushed about how great lower gas prices are — all due, of course, to Joe Biden’s historical and miraculous leadership. The “next time you stop at a gas station, think of it as a $100-a-month tax cut. Or a maybe $100-a-month raise,” the article began. Seriously? Yes, seriously. CNN goes on to puff that “half of the gas stations in the nation are charging less than” the national average and “28% of the 130,000 gas stations tracked by OPIS are now charging less than $3.50 a gallon.” Wowza, it’s almost like that’s how averages work! 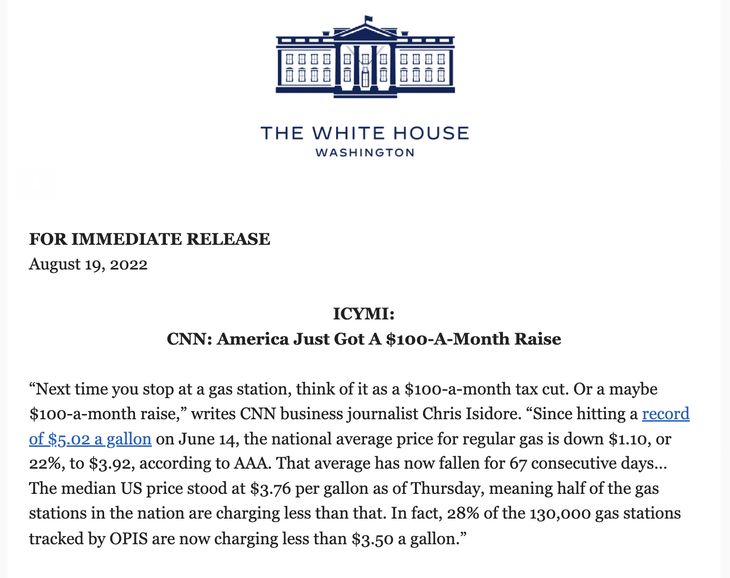 Unsurprisingly, there’s a glaring flaw in the left’s Common Core Math Propagandizing Extravaganza, since that also means half of the gas stations in the country are charging more than the national average. Yes, math is hard, but even a word girl like me knows how averages work. According to AAA, as of Friday the national average price for gasoline stood at $3.92 per gallon, meaning half the nation’s stations — like those in the entire northwestern, southwestern, and northeastern U.S. states — are charging well over $4.00 per gallon. In the once-golden state of California, for example, we’re paying an average of $5.33 per gallon. Personally, I paid $5.45 per gallon to fill up earlier this week, but according to the left, I should totally be grateful it’s not $6.00 or more. Puhleeze.

Don’t get me wrong: While falling gas prices are a good thing, what the White House and the praetorian mainstream media (MSM) purposely fail to note — and desperately don’t want Americans to realize — is that gas prices overall are anything but low, and that is precisely caused by Biden’s craptastic energy policies that have raised gas prices so that now he can “give us a raise” by paying a bit less!

But we’re not fooled, are we? What’s really going on here is the Democratic Party is frantic to peddle Decrepit Grandpa Joe as brilliantly successful and Bideninflation as ultimately necessary. Thankfully, Americans aren’t that stupid, and Republicans aren’t buying what the left is selling. We know that, as Sen. Ted Cruz (R-Texas) points out, “gas prices are UP nearly 65% since Biden took office.” Yeah, about that so-called “raise.”

In the meantime — since truth still matters—gas prices are UP nearly 65% since Biden took office. https://t.co/87xwbrKxR2

That’s exactly right. Gas is higher today than when Biden took office on Jan. 20, 2021, but apparently, we peasants are to be grateful or something.

And not only has Bideninflation raised gas prices, but it has also increased the price of every single item purchased by the American consumer, such as food, clothing, energy, and travel. It’s those higher Biden-inflated prices, said Rep. Mike Garcia (R-Calif.), that led many American families “to cancel vacations” this summer. Meanwhile, POTUS and FLOTUS spent two whole weeks on swanky Kiawah Island in South Carolina. Damn, it’s good to be a Biden.

Think about how crazy it is that after a summer in which middle class families had to cancel vacations because of Biden’s price hikes, he's now in the midst of a 2 week vacation… and the only day he came back to work was to sign a bill to raise taxes $20B on those same families.

It’s pretty insane when you think about it: Biden creates the gas price crisis, then Biden takes credit when the crisis levels out due to fewer consumers purchasing gas. “Next on @CNN arsonist gets medal for helping fight fire he started,” tweeted Rep. Kelly Armstrong (R-N.D.).

Gas was $2.39 a gallon when @POTUS took office. It is $3.92 now. Next on @CNN arsonist gets medal for helping fight fire he started. https://t.co/IsReRHlDPk

Well, dear readers, what we know from this attempt to gaslight us at the gas pump is that every time CNN or any other MSM champions a meager decrease in Bidenflation prices, they’re acting as the propaganda arm of the White House and the left in general. You knew this already, but now we have a blatant and obvious example. The right must keep mocking the left and pushing back as we also keep speaking to those in our immediate circles who have as yet refused to see. Perhaps, as they continue to pay hundreds of dollars more per month for everything than they did the day Joe Biden was elected, maybe, just maybe, they’ll remember in November, too.