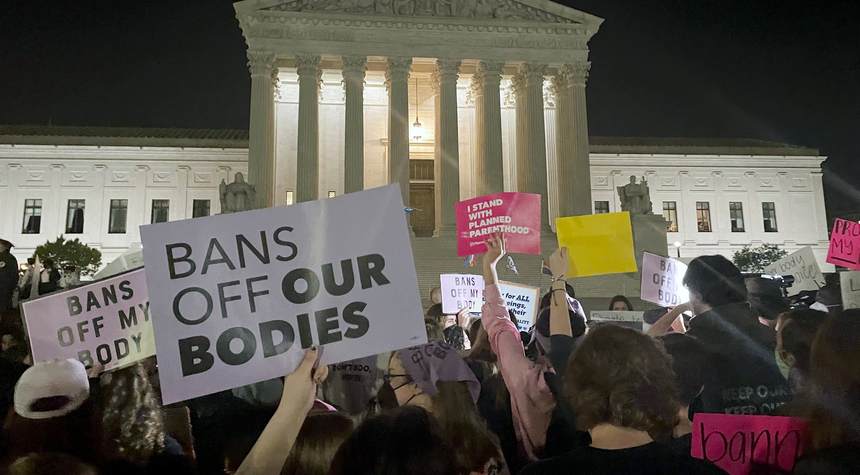 The Supreme Court leak case is now being investigated by the Marshal of the Supreme Court Police — yes, there is such a thing — but a former SCOTUS law clerk believes the unprecedented leak of the draft opinion will backfire on the Left in a big way.

Mike Davis, a former clerk to Justice Neil Gorsuch and a former Senate Judiciary Committee attorney, says the move, which is obstruction of justice, will not end the way the probable Leftist leaker thinks it will.

The usual abortion-loving renta-mobs are pouring into Washington, D.C., and U.S. Senators are threatening the justices over the draft ruling, hoping to pressure the Supreme Court majority into changing their minds and/or hoping the issue helps them in the midterm elections.

Justice Samuel Alito’s draft opinion, illegally leaked to the Politico website, overturns the manifestly horrible and poorly reasoned Roe v. Wade opinion and the Casey decision which later supplanted it. The decision remands the legality of abortion back to the individual states for voters and representatives to decide as federalism demands. It’s about time.

As Alito said in his opinion, Roe wasn’t just wrong, it was “egregiously wrong from the start. Its reasoning was exceptionally weak, and the decision has had damaging consequences. And far from bringing about a national settlement of the abortion issue, Roe and Casey have enflamed debate and deepened division. It is time to heed the Constitution and return the issue of abortion to the people’s elected representatives.” [emphasis added]

Davis, who now works with the Article III Project told me on KTTH Radio that the leak was “shocking, shameful, and likely illegal. I think this is unprecedented. It’s very clear that someone is leaking this opinion to try to influence justices’ votes on this Dobbs case to overturn Roe and Casey. And in that case, we’re looking at potential obstruction of justice charges against whoever did this.”

"Former law clerks said the justices need increased security. 'This is a major and direct attack on the Court‘s judicial independence and it puts the justices in danger,' said Mike Davis, a former clerk to Justice Neil M. Gorsuch." @mrddmiahttps://t.co/2AO6eTgRRc

But, he says, the damage is already done. The upside, if there is one, is that “what this person did by leaking the opinion was they just used all their ammunition already. They blew up — it’s like a suicide bomber — they blow up in front of the Supreme Court — and you know at that point what is there to preserve?”

Davis said they’ve already committed maximum damage. So how could it get worse?