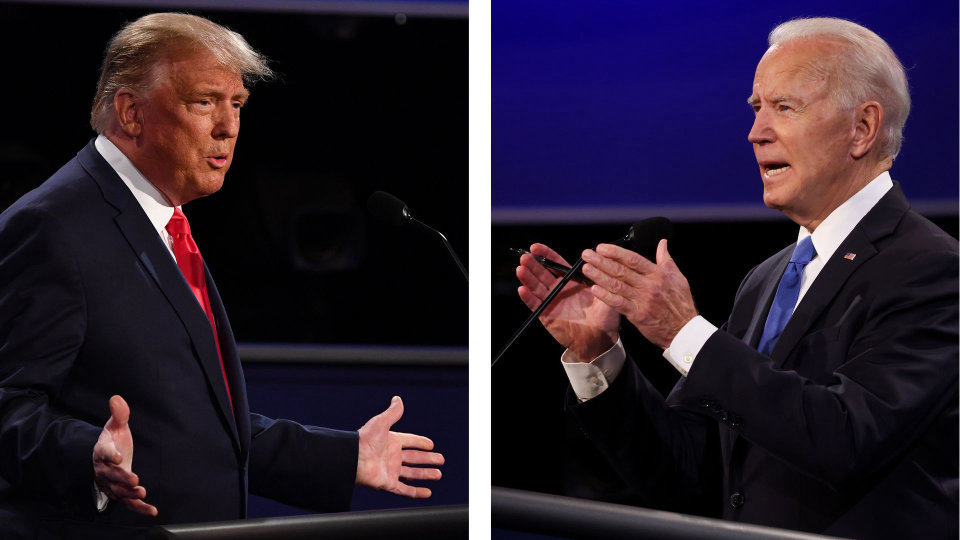 President Trump and former Vice President Joe Biden squared off in a combative but restrained debate Thursday night that gave voters their final chance to size the candidates up before heading to the polls Nov. 3.

Trump dialed it back in Nashville after his disruptive previous showing in the first debate in Cleveland late last month resulted in handwringing from within his own party.

But there were still plenty of clashes, as the candidates got personal with stinging attacks focused on their families, race and immigration.

Here are our takeaways from the last presidential debate of 2020.

Trump was mostly on his best behavior Thursday night.

Following a disruptive debate performance earlier this month that turned off many voters, the president rarely interrupted Biden and was polite to moderator Kristen Welker of NBC News.

The Commission on Presidential Debates prepared for a different outcome, arranging for each candidate’s microphones to be shut off so their rival could speak uninterrupted to questions directed toward them.

The president clearly came into this debate determined to allow Biden more time to speak, a strategy his advisers hoped would expose the Democratic nominee as confused or having lost a step.

That didn’t really happen. While there were moments where Biden appeared shaky, there were also instances in which he met the moment, such as with his emotional response to the Trump administration’s policy of separating parents from their children at the border.

But overall, the president’s calmer demeanor likely helped him to a degree.

Trump appeared more polished and prepared this time around. He also seemed relaxed, while still getting in plenty of attacks against Biden over his long record in Washington, and his past support for a crime bill that disproportionately incarcerated Black people, among other things.

The prior presidential debate was an unmitigated disaster for Trump and sent party leaders into a blind panic.

Republican lawmakers will leave this debate feeling slightly more optimistic about their chances, although public opinion surveys show they’re still very much in danger of facing heavy losses on Nov. 3.

Each candidate had strong moments on Thursday night. Partisans will naturally argue that their preferred candidate was the clear winner but, for any remaining undecided voters, it was tough to see either man as obviously dominant.

In some of the most contentious areas, they essentially fought to a draw.

On the pandemic, for example, Biden blasted Trump for a failure to take responsibility and for the huge death toll in the United States. But Trump defended himself in a more focused way than usual, referring to the many European nations that are also experiencing a coronavirus spike and seeking to cast Biden — and Democrats generally — as too willing to seek wide-scale shutdowns.

“All he does is talk about shutdowns,” Trump said of Biden.

Trump sought to put Biden under pressure over Hunter Biden and his business dealings. But the former vice president parried effectively by adamantly denying any wrongdoing and referring to Trump’s longstanding failure to release his tax returns.

This pattern was followed most of the night in what was, by Trump standards, a remarkably orthodox debate.

Republicans and Democrats alike will focus on their preferred candidate’s best moments. In boxing terms, both men landed solid jabs but no knockout blows.

The president’s efforts to turn the spotlight on Biden’s family and his personal financial dealings began even before the debate got underway.

Bobulinski says he will turn over documents to the FBI and Senate Homeland Security and Government Affairs Committee that prove Biden used his political influence as vice president to secure foreign business deals.

The media has tread carefully around the allegations. The Trump campaign tried to force coverage of the allegations by arranging for Bobulinski to speak from Nashville before the debate.

The president also eagerly pivoted to Biden’s family no matter the topic that was given to him.

Biden swatted away the allegations, saying he’d never taken a dime of foreign money; that everything his son did was on the level; calling the allegations a Russian disinformation campaign; and drawing attention to the president’s own foreign business dealings and tax returns.

“It’s not about his family or my family, it’s about your family,” Biden said looking into the camera at one point. “If you’re a middle-class family, you’re hurting bad right now.”

The focus on Biden’s family is not going away. Trump appears hellbent on making it a central focus of his campaign in the final days before Nov. 3.

Some Republicans are questioning that strategy, arguing that voters are concerned about jobs, the economy, health care and the coronavirus pandemic, not Hunter Biden’s business dealings.

But the Trump campaign appears to believe it needs to raise questions about Biden’s character in order to drag down his favorability rating, as polls show voters have a much more positive view of Biden than they did of Hillary Clinton in 2016.

The moderators this presidential debate season have not had a good time — until Thursday night.

Fox News’s Chris Wallace was perceived to have lost control of the first presidential debate, USA Today’s Susan Page faced criticism for being too passive in the vice-presidential encounter and C-SPAN’s Steve Scully never even got to moderate a second scheduled presidential debate. Scully was suspended by his network for falsely claiming a controversial tweet was the result of hacking, after the debate was canceled for unrelated reasons following the president’s positive COVID-19 test.

Welker of NBC News had faced attacks from the president in the days leading up to the debate.

In fact, Welker was widely hailed on social media — and even, from the stage, by the president — for the way in which she conducted the final debate.

Welker kept things moving and pressed the candidates deeper into a number of policy areas, without ever being an obtrusive presence or seeking to make herself the star of the show.

It was a smooth and professional performance from Welker that was all the more impressive on such a high-pressure occasion.

Did Trump do enough?

The president’s performance will win him praise, not least from Republicans worried that another ultra-aggressive showing could have done damage to the party’s chances in Senate and congressional races.

But whether Trump did enough to change the tide of the presidential race is very much in doubt.

Trump went into the encounter almost 8 points behind in the RealClearPolitics national polling average and lagging across almost all the key battlegrounds.

It was tough to see any moment in Nashville that could alter the race in a fundamental way.

By simply appearing more civil and human — even referring to his youngest son Barron’s positive COVID-19 test — Trump fared better than in the first debate.

He may have scored in the second half of the debate when he hit at Biden as a career politician who was promising to solve problems that have lingered throughout Biden’s decades in public life.

But there was no major Biden gaffe, which Trump probably needed. For all the basic competence of Trump’s performance, there is no clear reason to believe he is about to erase his polling deficit.

“Good news for the President? He did not hurt himself, unlike first debate,” Charlie Cook of the Cook Political Report tweeted soon after the debate ended. “The bad news? He was ten points behind and did not help himself. Race not changed.” 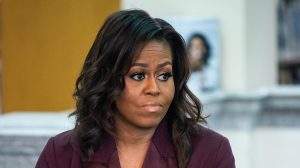 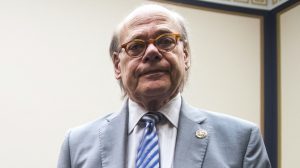