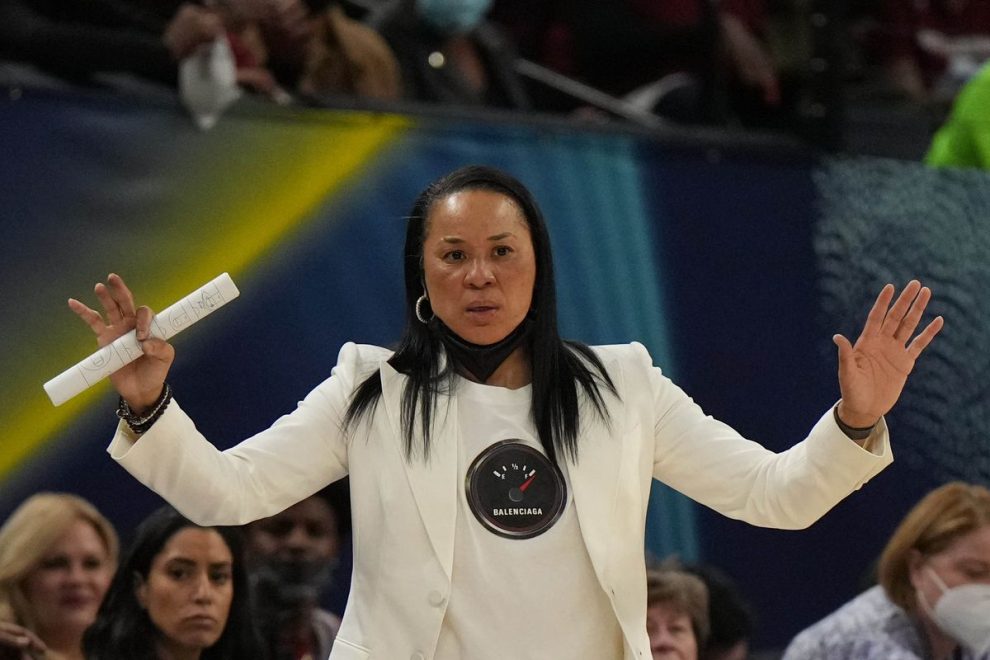 They’re going to be playing for the national championship, but they’re already losers in the court of public opinion.

The South Carolina Gamecocks drew national attention Friday when they stayed off the court for the playing of the national anthem before their game in the Final Four of the NCAA’s women’s basketball tournament in Minneapolis.

While the team under coach Dawn Staley has been off the court for the anthem all year, like many of their competitors, the practice made news this weekend — because of how their opponent behaved.

The Louisville Cardinals honored the anthem on the basketball court, and fans noticed the difference.

College Basketball Team Reportedly Refuses To Be On The Court For The National Anthem https://t.co/EmaM7SXzjK

As a veteran and South Carolinian I’m very disappointed the Gamecock Women didn’t come out of the locker room for the national anthem before the game with Louisville.

Just lost all respect for the Gamecocks lady basketball team and their program on a while as they do not play the national anthem at their home games and stayed in locker room tonight during the playing of the anthem against Louisville. Gamecock administration aweful

Staley’s team did have some support on social media, of course, but the vast majority of respondents were disgusted by the protest.

It was particularly noticeable, as writer Brian Linder noted at PennLive, because it was the first time during the women’s NCAA tournament that an opponent was actually on the court for the song that almost every American sports fan knows by heart.

The Gamecocks don’t honor the anthem in order to protest “racial injustice” as Staley explained during a 2021 interview with the ESPN-owned website Andscape.

They’re not the only women’s sports team that does it, but they were the only one at the game against Louisville.

So, as “The Star-Spangled Banner” played at the Target Center, the Cardinals stood on the court with their arms locked.

In another context, it might hardly have been worth noticing, much less becoming a matter of national commentary. But in the context of the modern politics, celebrity and sports, it showed the country what class looks like.

The Gamecocks won Friday night’s semifinal battle handily 72-59 and are going to play the perennial powerhouse University of Connecticut Huskies at 8 p.m. Sunday.

But Twitter users who announced they were rooting for UConn thanks to the Gamecocks anthem protest might be in for a disappointment since it appears the Huskies are also big on sitting out the tribute to the country that makes their sport, their schools, their whole lifestyle possible.

Neither UConn or Baylor on the floor for the national anthem. pic.twitter.com/BC0FVZRIi6

The Gamecocks might have beat the Cardinals on the scoreboard on Friday, but they got beat on the court when it comes to class.

They might not have that problem against UConn, but college athletics will.