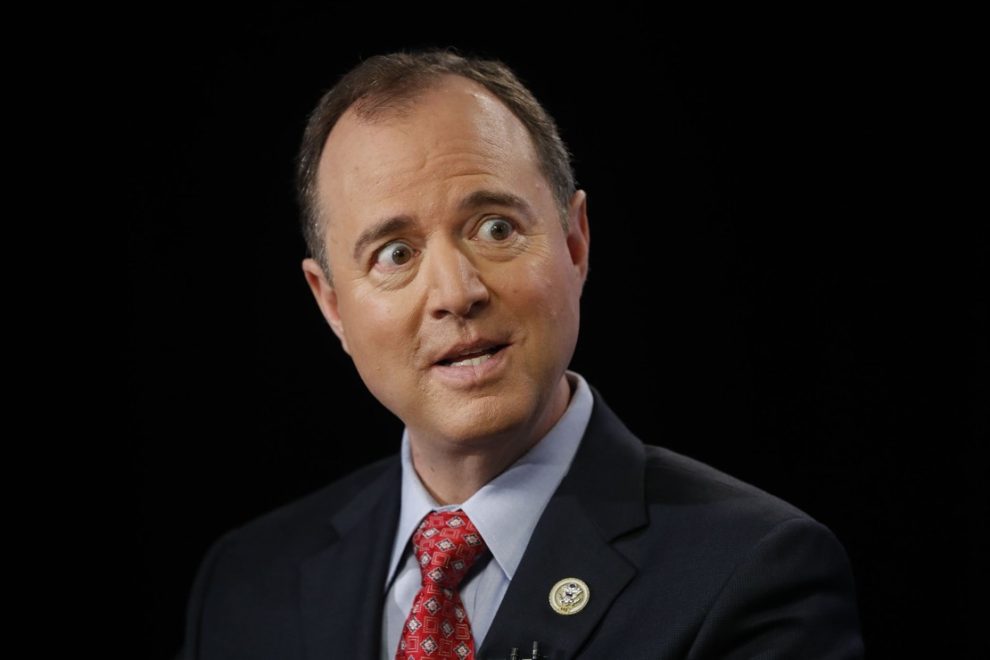 Rep. Adam Schiff (D-CA) — the guy who is, unfortunately for the country, the head of the House Intelligence Committee — appeared on “Face the Nation” on Sunday with Margaret Brennan.

Brennan asked Schiff about the FBI raid on President Donald Trump and she asked a terrific question, the same question that so many of us have been asking — if this was truly the “national security” issue they are trying to portray it as now, why did they wait 18 months? I’d even add another point to that — why did they wait three days after they got the warrant on August 5 to execute it?

There’s no evidence in the warrant that there were any “nuclear” documents, there’s only a “sources” report from the Washington Post. ”What was the change that made this immediate?” Brennan asked.

Why did the DOJ wait 18 months to retrieve the sensitive documents Trump kept? “I don't know, but if the Trump people represented that they provided all the classified or national security information and didn't, that's a serious problem,” Rep. Schiff tells @margbrennan pic.twitter.com/4ntVrqtaaR

Schiff was flummoxed — he had no answer because there truly isn’t one. “Uh, I don’t know,” he said. But that’s the true question that needs to be asked here. Neither he nor the DOJ is answering it.

Then Schiff tried to shift the focus and spin, “If, uh, the Trump people represented that they provided all the classified or national security information and didn’t, that’s a serious problem. And I could tell you anyone in the intelligence community that had, uh, documents like that marked top secret SCI, uh, in their residence after authorities went to them, um, you know, they would be under serious investigation.”

No one has alleged that the Trump people represented that they provided all the documents and didn’t. Obviously, the government knew they still had documents there, since they visited in June. That’s Schiff being his Shiftiness again.

But the second part of what he said there — and it can’t be said enough — we need to talk about Hillary Clinton and the stark differences in how she was handled by the FBI versus what they have done to Trump. Hillary Clinton had a whole private server to avoid government review of her communications. She had all kinds of classified information on it, she destroyed more than 30,000 emails and her team smashed their blackberries. Trump getting sent documents by the GSA isn’t even close to that. He was working with them to give back anything they wanted, not destroying things. Unlike Hillary Clinton, he didn’t have a private server to avoid review. As he said, all they had to do was ask. Yet, they’re going after Trump and Clinton got a complete pass.

Here’s a little humor for you that says it all.

With the FBI’s raid of Trump’s private residence, I wanted to repost a video that I did back in 2016 showing James Comey of the FBI letting Hillary off the hook for mishandling classified info. Insane hypocrisy!

Check out “What Difference Does It Make?” pic.twitter.com/UY19CplmIv

Then Schiff claimed that he didn’t know about Trump declassifying things.

On fmr. Pres. Trump's claim that he declassified the documents found in the FBI search of Mar-a-Lago, Rep. Adam Schiff said he hasn't seen evidence that Trump went through the declassification process.

Again, Schiff is being dishonest. He knows that Trump declassified things. Here’s an example of how he declassified the Crossfire Hurricane documents that Schiff fails to mention.

There have been reports that the FBI may have been looking at information regarding the Russia probe.

Trump says he’s declassified other information. Bottom line, Schiff is talking out his hat and we’re talking about the two-tiered system of justice again.