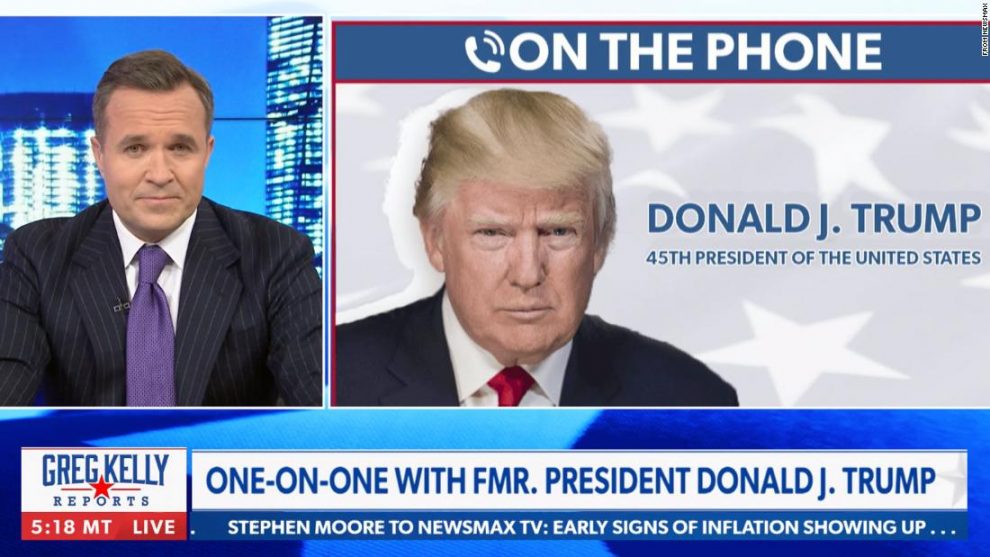 Former President Donald Trump said his gamble of investing billions of dollars in coronavirus vaccines before any actually came to market was the “best bet ever made.”

During a Tuesday appearance on Newsmax’s “Cortes & Pellegrino,” Trump told co-host Steve Cortes that spending billions on a vaccine before there was any indication it worked has saved possibly “tens of millions of lives worldwide.”

Trump reflected on his response to the COVID-19 pandemic, calling the creation of a vaccine in less than nine months a “great achievement.”

Because of the coronavirus vaccine, he said “we are doing better today” because it is “stopping this plague from spreading.”

He encouraged Americans to get vaccinated and said the vaccine likely helped the pandemic from becoming a repeat of the Spanish flu epidemic from 1918 to 1920 where “up to 100 million people died.”

“We are very proud of what we have done,” he said of the vaccine.

When he first learned of the coronavirus, he said he shut down our borders to China “much earlier” than even the country’s leading coronavirus expert Dr. Anthony Fauci had recommended.

Trump pointed out that while he got along with Fauci “pretty well,” he “usually did the opposite of what he wanted.”

When it came to developing a coronavirus vaccine, he said Fauci – the director of U.S. National Institute of Allergy and Infectious Diseases – thought it would take between three and five years and even then “probably wouldn’t even happen.”

Trump noted that he was able to get the vaccine to market in less than nine months. Had he not believed in the vaccine and spent billions on the injections, bottles, and materials needed to create it, he said people would still be waiting months to get the vaccine.

“We got the vaccine and we bought it early,” he said. “That was a great bet.”

Cortes asked Trump if he felt vindicated now that the mainstream media and Fauci are questioning the origins of the coronavirus. Early on in the pandemic, Trump suggested that the virus might have leaked out of the Wuhan Institute of Virology laboratory.

He said he was criticized because people didn’t want to “say China,” even though it was “very obvious” to him it came out of Wuhan.

“I said right at the beginning it came out of Wuhan,” he said.

He added that all of the early deaths associated with the virus came out of Wuhan.

“That’s where all the deaths were also,” he said. “When we first heard about this, there were body bags, dead people laying all over Wuhan province.”

Trump had no hard feelings about being criticized for pushing his theory.

“I said it very strongly and I was criticized and now people are agreeing with me so that’s OK,” he said.