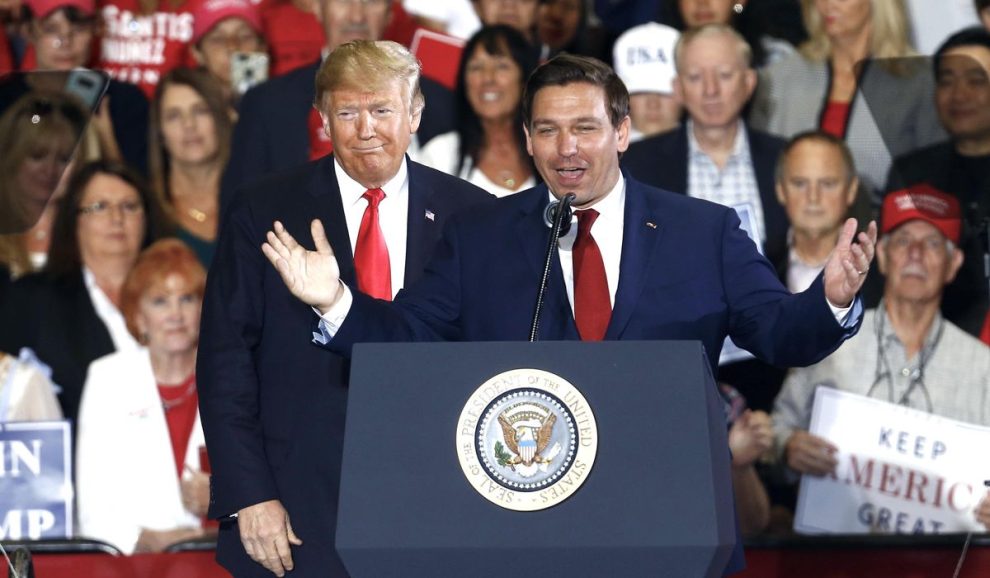 “We’re winning big big big in the Republican Party for the nomination like nobody’s ever seen before,” he said while showing the crowd 2024 National Republican Primary Poll numbers.

“There it is, Trump at 71, Ron DeSanctimonious at 10 percent, Mike Pence at seven. Oh, Mike is doing better than I thought. Liz Cheney? There’s no way that she’s at four percent. There’s no way. There’s no way. But we’re at 71, to ten, to seven, to four,” he continued.

“Earlier this week, DeSantis elaborated on his decision to help other candidates across the country, explaining that these nationwide elections affect Florida, as people will often vote with their feet and flock to the Sunshine State when their blue states fail to turn around,” Breitbart News detailed.