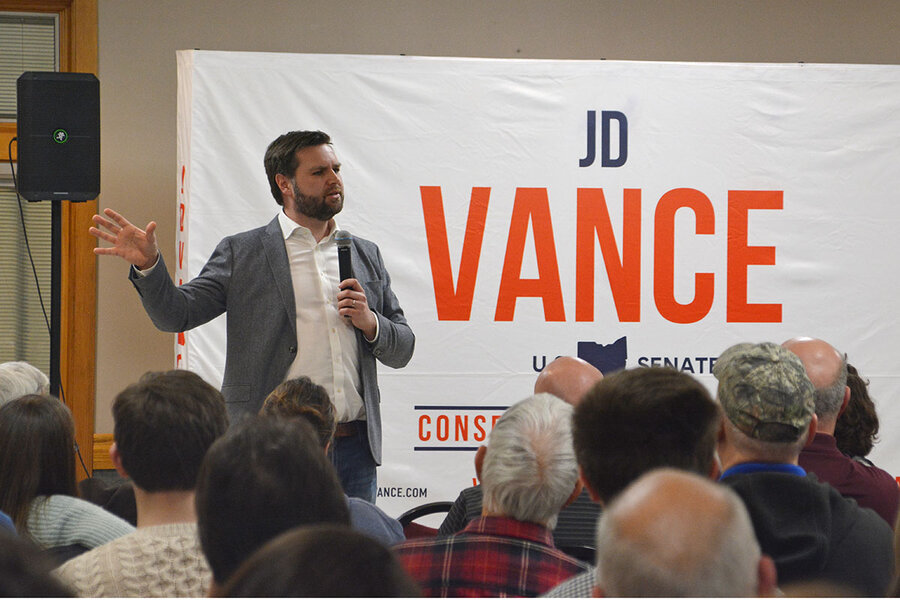 In a statement on Friday, Trump issued a full endorsement of Vance, calling him “the candidate most qualified and ready to win” against the likely Democrat Senate candidate, Rep. Tim Ryan (D-OH), in the November midterm elections.

“We cannot play games,” Trump wrote. “It is all about winning!”

“Like some others, J.D. Vance may have said some not-so-great things about me in the past, but he gets it now, and I have seen that in spades. He is our best chance for victory in what could be a very tough race,” Trump continued:

The Democrats will be spending many millions of dollars, but the good news is that they have a defective candidate who ran for President and garnered exactly zero percent in the polls. The bottom line is, we must have a Republican victory in Ohio. [Emphasis added]

This is not an easy endorsement for me to make because I like and respect some of the other candidates in the race — they’ve said great things about “Trump” and, like me, they love Ohio and love our Country. I’ve studied this race closely and I think J.D. is the most likely to take out the weak, but dangerous, Democrat opponent — dangerous because they will have so much money to spend. [Emphasis added]

However, J.D. will destroy him in the debates and will fight for the MAGA Movement in the Senate. He’s strong on the Border, tough on Crime, understands how to use Taxes and Tariffs to hold China accountable, will fight to break up Big Tech, and has been a warrior on the Rigged and Stolen Presidential Election. J.D. is a Marine who served in the Iraq War, a graduate of The Ohio State University, and earned a Law Degree from Yale — a great student. With J.D. Vance, Ohio gets both brains and brawn. Ohio has been good to me, I won it twice, really BIG, and I have likewise been GREAT for Ohio. Let’s keep it going! [Emphasis added]

Trump voters must “unite behind J.D.’s campaign because, unlike so many other pretenders and wannabes, he will put America First,” Trump wrote.

“In other words, J.D. Vance has my Complete and Total Endorsement,” he continued. “He will not let you down.”

“The leftwing media, the Dems & the weak RINOs all HATE him because they know he stands with #MAGA,” Trump Jr. wrote. “He’s the real deal folks, that’s why my dad & I are both supporting him!!!”

I’ve gotten to know @JDVance personally over the past year & I’m convinced that he’s 100% America First.

The leftwing media, the Dems & the weak RINOs all HATE him because they know he stands with #MAGA.

He’s the real deal folks, that’s why my dad & I are both supporting him!!! https://t.co/mh1baSgFrU

Vance, who has laid out an aggressive agenda, is campaigning on ending welfare for illegal immigration, reducing legal immigration levels, imposing fierce tariffs on China-made products, breaking up big tech conglomerates with antitrust maneuvers and legislation, as well as reshoring manufacturing back to the United States, and banning Critical Race Theory (CRT), among other policy prescriptions.

The Ohio Republican Senate primary election is set for May 3.