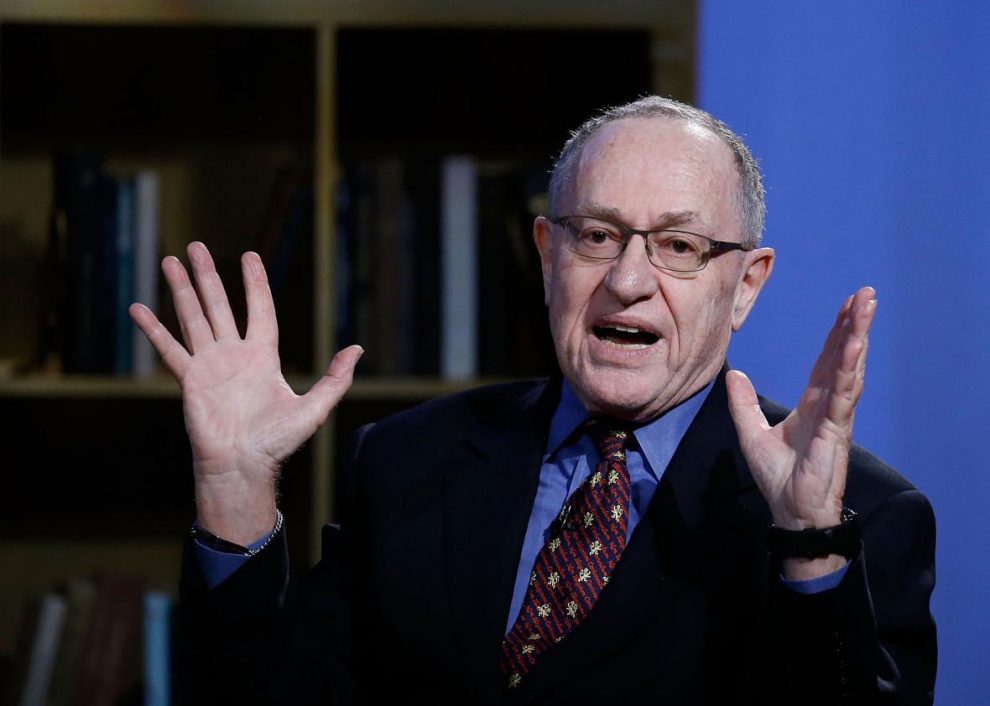 “If I were a juror, I would vote that there was reasonable doubt [and] that he did act in self-defense,” Dershowitz told Newsmax’s “Saturday Report.”

Dershowitz pointed to the lawsuits filed by Kentucky high school student Nicholas Sandmann, who sued CNN and other outlets over accusations of racism made against him following an encounter with a Native American activist in Washington, D.C.

Sandmann ended up settling his case against CNN.

“The idea is to make the media accountable for deliberate and willful lies,” said Dershowitz.

Meanwhile, with Rittenhouse, Dershowitz said trial Judge Bruce Schroeder is being attacked unfairly by the liberal media for making rulings that are legal because the outlets have already decided that Rittenhouse is guilty.

Schroeder came down hard on the case prosecutor this week for asking Rittenhouse questions about his decision to remain silent while being questioned about the case. Dershowitz said it’s a “big deal” that the prosecution tried to use Rittenhouse’s silence against him.

“The bigger deal is that all the civil libertarians, all the liberals, all the ACLU types, The New Yorker and The New York Times, they all attack the judge for simply applying the Constitution,” said Dershowitz.

“These phony civil libertarians couldn’t care less about due process or about free speech. All they want is due process for me, but not for thee. They’re taking sides.”

The New Yorker, he added, “used to be a great magazine, but under the new leadership, it’s become a trashy partisan magazine. They’ve already dubbed this guy, without any evidence, the ‘American vigilante.'”

Further, Dershowitz said, if Schroeder had made the same rulings in favor of the prosecution, “the civil libertarians, the liberals, the left, The New York Times would be praising him to the sky. It’s so biased. We don’t have justice out there. We have partisan injustice. ”

Dershowitz added that the media’s reaction to the Rittenhouse trial reminds him of “some of the most horrible trials in American history,” including trials of Black people in the south where the public demanded convictions and chased judges out of town who were trying to be fair.

“The difference is today. It’s the left-wing media that is attacking this judge for trying to be fair,” said Dershowitz. “They want an outcome. They want a result and if they don’t get their results and you know this seeps through to the jury, and I worry that the jury could be influenced by the fear that if they vote to acquit, they’ll be called racist and they’ll be attacked.”

Such actions also create the possibility of an unfair trial and one that’s being dominated by the public, said Dershowitz, and he thinks that’s going to spread out to other cases as well.

He noted the case of former Brooklyn Center, Minnesota police officer Kimberly Potter, who fatally shot Daunte Wright during a traffic stop in April and has been charged with second-degree manslaughter for the killing.

Potter had been with the Brooklyn Center Police Department for 26 years until she resigned two days after the shooting, and Dershowitz on Saturday pointed out she had a “long history of being a good policewoman.”

“She made a mistake and pulled out the wrong gun and pulled out a real gun instead of a taser and the public is demanding that she be tried for murder,” said Dershowitz.