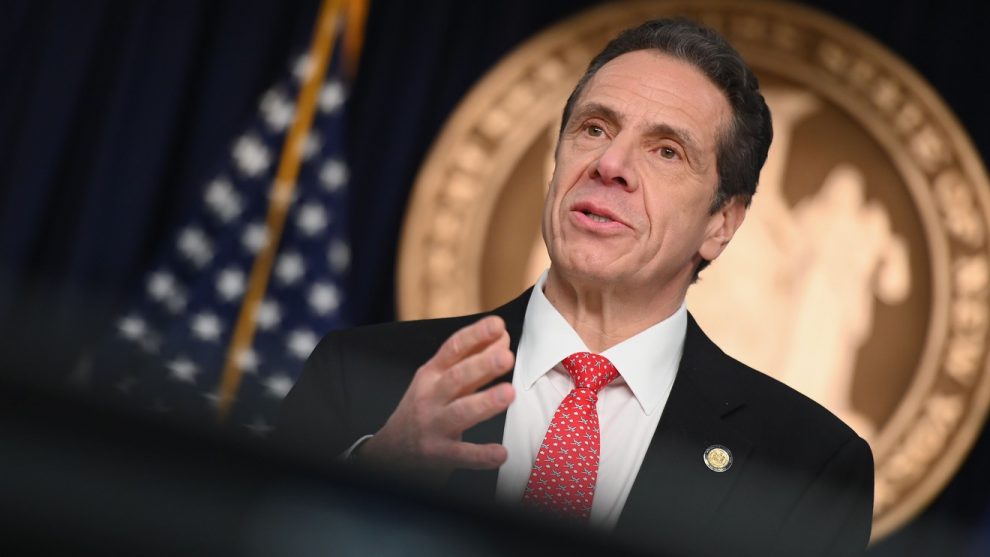 “While COVID-19 has tested the limits of our people and state — and, early during the pandemic, required the government to restructure decision making to render rapid, necessary public health judgments — it is clear that the expanded emergency powers granted to the Governor are no longer appropriate,” the statement submitted by 14 state Democrats read.

“While the executive’s authority to issue directives is due to expire on April 30, we urge the Senate to advance and adopt a repeal as expeditiously as possible.”

Aides to the governor replied that legislators are allowed to convene to undo any directive Cuomo issues under his expanded powers but they have not done so, according to a Twitter post by Wall Street Journal reporter Jimmy Vielkind.

The discussion came after Cuomo’s administration admitted to lying about the number of nursing home patients who died of COVID-19.

More than 15,000 elderly New Yorkers in nursing homes have died of COVID-19, according to WWNY-TV, based on data from the New York Department of Health. Some of those deaths have been blamed on a March 2020 order issued by Cuomo’s health department that required nursing homes to accept coronavirus patients.

Cuomo had been refusing to release a full count of how many nursing home residents died until state Attorney General Letitia James revealed in a report that the Cuomo administration was vastly undercounting them.

Secretary to the Governor Melissa DeRosa revealed in a Thursday report that the numbers were deliberately hidden to ensure federal investigators did not know the whole story.

The New York Post reportedly obtained an audio recording in which DeRosa made the admission, during a video conference call with state Democratic leaders, that the Cuomo administration decided not to be forthcoming with accurate statistics because former President Donald Trump had turned the New York coronavirus deaths “into a giant political football” and was “tweeting that we killed everyone in nursing homes.”

DeRosa said the action came after Trump directed “the Department of Justice to do an investigation into us.”

“And basically, we froze,” she reportedly said.

The Post said DeRosa then apologized to the Democrats who faced political heat for the administration’s actions.

“So we do apologize,” she said, according to the Post. “I do understand the position that you were put in. I know that it is not fair. It was not our intention to put you in that political position with the Republicans.”

Democratic state Sen. Rachel May of Syracuse, one of the senators calling for the removal of Cuomo’s emergency powers, condemned DeRosa’s comments.

“And the issue for me, the biggest issue of all is feeling like I needed to defend — or at least not attack — an administration that was appearing to be covering something up,” May said on the call, according to the report.

“And in a, in a pandemic, when you want the public to trust the public health officials, and there is this clear feeling that they’re not coming, being forthcoming with you, that is really hard and it remains difficult.”