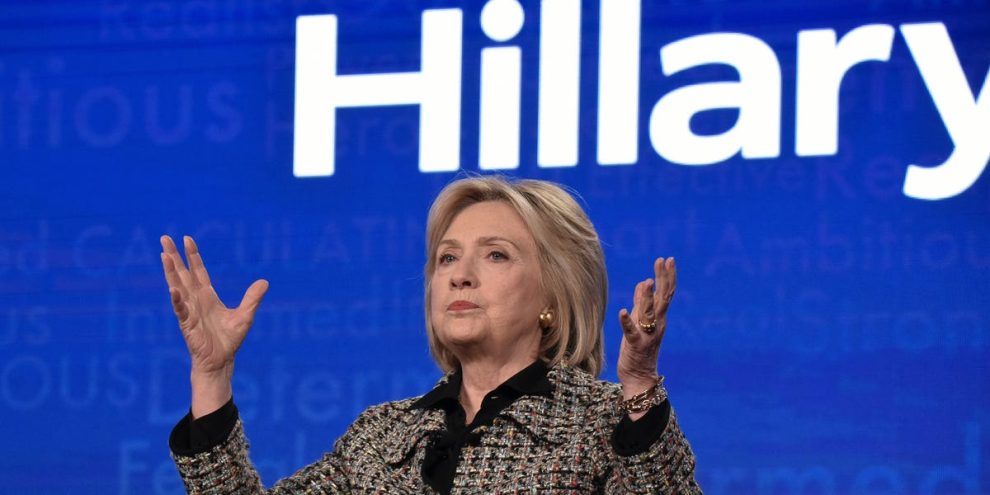 “Hillary Clinton remains ambitious, outspoken and convinced that if not for Federal Bureau of Investigation Director James Comey’s intervention and Russian interference that she would have won the 2016 election,” the men wrote about Hillary’s 2016 election loss, “and she may be right.”

Now we know why Hillary met with Kamala https://t.co/aZnWA9Dvh1

Alternatively, the authors estimate Hillary would be considered the “change candidate” when contrasted to the Democrats’ failed leadership while controlling all branches of government leading up to 2022.

“She is already in an advantageous position to become the 2024 Democratic nominee,” they claim. “She is an experienced national figure who is younger than Mr. Biden and can offer a different approach from the disorganized and unpopular one the party is currently taking.”

The two insiders also pointed to Hillary’s recent posturing statements about which type of radical Democrat is most suited to win the Democrat primary:

In a recent MSNBC interview, Mrs. Clinton called on Democrats to engage in “careful thinking about what wins elections, and not just in deep-blue districts where a Democrat and a liberal Democrat, or so-called progressive Democrat, is going to win.” She also noted that party’s House majority “comes from people who win in much more difficult districts.”

Bill told People magazine in December that his wife still remains the “most qualified person to run for office in my lifetime, including me,” and suggested her failed bid against Donald Trump was “one of the most profound mistakes we ever made.”

Donald Trump defeated Hillary Clinton by 77 Electoral College votes in 2016. Hillary has dubbed her failed candidacy as a loss that “made her cry.”