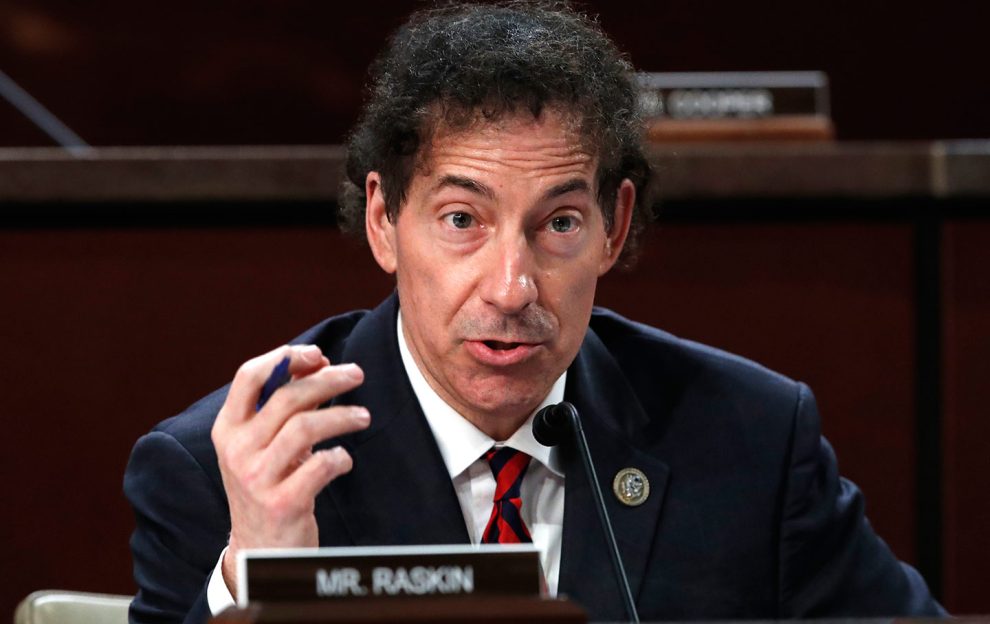 Congressman Jamie Raskin (D-MD) defended President Joe Biden’s recent remarks during a Sunday appearance on CBS’ “Face the Nation,” claiming that failure to accept the result of a free and fair election was one of the “hallmarks” of a fascist party.

Biden took some heat earlier in the week — for asserting that some Republicans had embraced “semi-fascism” and that so-called “MAGA Republicans” were a threat to American democracy — as critics argued that the president who ran on uniting the country was only dividing the American people further. Raskin doubled down on Biden’s comments.

Jamie Raskin on CBS: "Two of the hallmarks of a fascist political party are, one, they don't accept the results of elections that don't go their way, and two, they embrace political violence. And I think that's why President Biden was right to sound the alarm this week." pic.twitter.com/9S13L7ZG3D

Raskin, responding to former President Donald Trump’s repeated claims that the 2020 election was fraudulent, argued first that every case Trump’s attorneys had put forth had failed.

“Two of the hallmarks of a fascist political party are, one, they don’t accept the results of elections that don’t go their way, and two, they embrace political violence. And I think that’s why President Biden was right to sound the alarm this week,” he added.

But Raskin hasn’t always been so accepting of election results himself. In January of 2017 — when it came time for Congress to certify the results of the 2016 election — Raskin was among those who argued that the votes cast by electors from the state of Florida should not stand.

Then Vice President Joe Biden struck down the move, saying, “Please come to order. The objection cannot be received.” Raskin dismissed criticism of his objection by saying that in 2017, no one had stormed the Capitol.

Raskin also objected to the 2000 presidential election, stating in a video unearthed by the Republican National Committee that former President George W. Bush had effectively been appointed by the Supreme Court rather than elected by the American people.

Incredible work by the RNC to find a 2003 (!) clip of Jamie Raskin saying that the 2000 presidential election was stolen. https://t.co/r7hXAj6KVl pic.twitter.com/0uo57szWWM

And Raskin was not the only one. Former Secretary of State — and failed presidential candidate — Hillary Clinton claimed that the 2016 election was “stolen” from her. President Joe Biden, after an audience member at a rally referred to Trump as an “illegitimate president,” jokingly asked the person to be his vice presidential candidate.

America respects free and fair elections. We honor the will of the people.

We do not deny it.

See also  ‘People Here Really Give A Damn’: Martha’s Vineyard Residents Praise Themselves
→ What are your thoughts? ←
Scroll down to leave a comment: