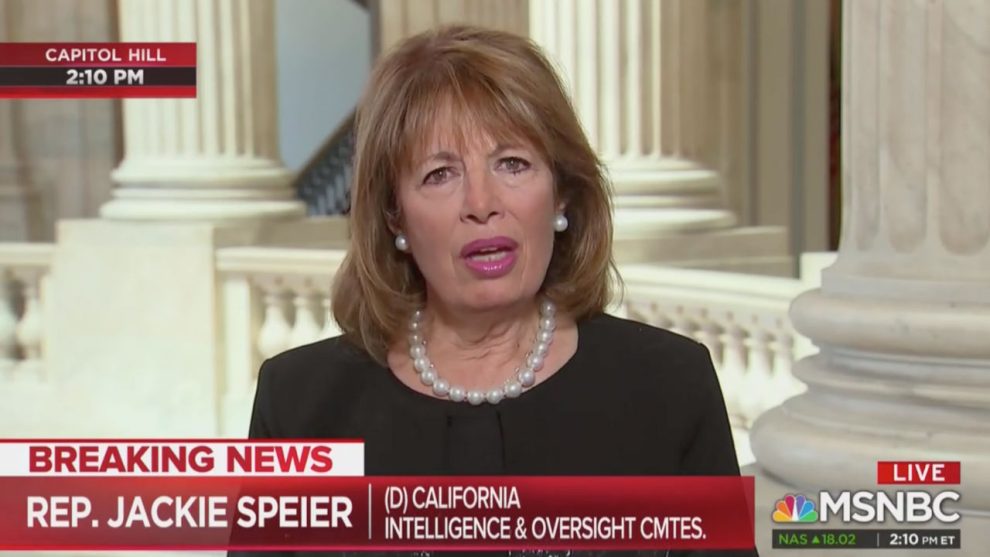 Speier stated, “I went over to the Supreme Court early, and the only people that were there were the protestors who were pro-birth, not pro-life, and I thought they had been tipped off.”

Host Stephanie Ruhle then followed up on Speier’s claim that pro-life protestors were tipped off by the Supreme Court.

Speier responded, “I think they were tipped off. Because it was quite early. It was just right after the decision came out. We were voting on the floor. I thought I was just going to run over. And I thought, this is odd. There aren’t any pro-choice people here yet, and these folks were there. So, I do. I believe they were tipped off. I don’t have any evidence of that. But, more importantly, the Supreme Court now has become a weapon of the far-right.”

See also  ‘Pure politics’: Former DOJ Official Says FBI Raid Part Of ‘Plan’ To Keep Trump Out Of White House
→ What are your thoughts? ←
Scroll down to leave a comment: