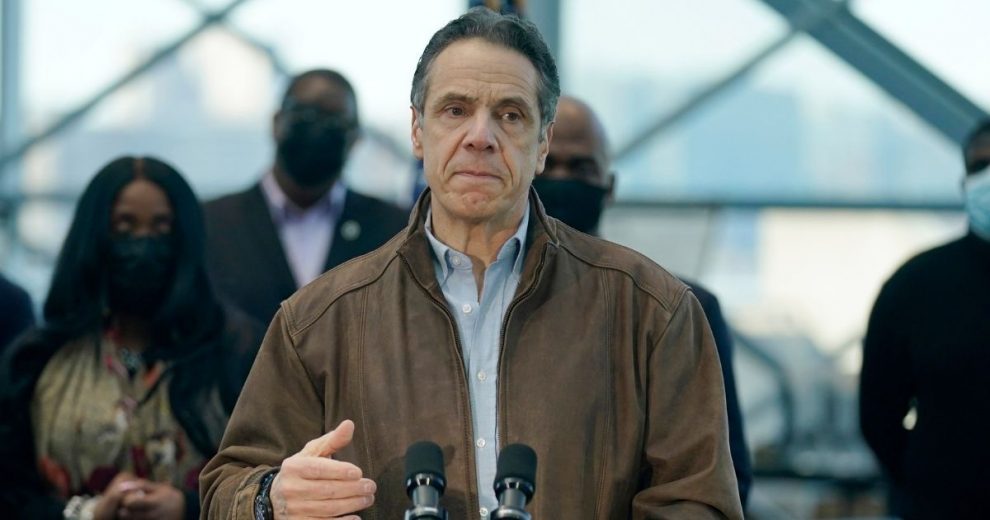 A new allegation of inappropriate conduct has been leveled against embattled New York Gov. Andrew Cuomo, who on Tuesday pushed back against what he termed “minor allegations.”

The woman, who is a member of Cuomo’s Executive Chamber staff, claims Cuomo touched her inappropriately last year, according to the Albany Times Union, which cited as its source “an official close to the matter.” Further details were not revealed.

The report said that the incident took place at the Executive Mansion, where the woman had been summoned as part of her job.

Her name has not been disclosed.

The Times Union reported that the governor’s office learned of the new accusation Monday.

On Tuesday, however, Cuomo said he knew nothing about it.

“First, I’m not aware of any other claim,” he said. “As I said last week, this is very simple, I never touched anyone inappropriately … I never made any inappropriate advances … no one ever told me at the time that I made them feel uncomfortable. Obviously, there are people who said after the fact they felt uncomfortable.”

The Times Union reported that no formal complaint was filed, but the allegation was relayed to the governor’s counsel by other Executive Chamber staffers

Beth Garvey, acting counsel to the governor, said, “All allegations that we learn of directly or indirectly are going promptly to the investigators appointed by the attorney general.”

Cuomo said his case is different from that of former state Attorney General Eric Schneiderman, who resigned in 2018 amid allegations by women of physical abuse.

“Obviously there’s allegations and then there are allegations,” Cuomo said Tuesday, according to The New York Times.

“There is a spectrum of allegations,” he added. “There’s capital crimes, there’s physical violence, right? Down to more minor allegations.”

Three other women who worked for Cuomo — Lindsey Boylan, Charlotte Bennett and Ana Liss — have come forward to cite instances of sexism in the workplace or sexual harassment on the part of Cuomo himself.

In addition to these charges, Anna Ruch, who is not a state employee, has said she was forcibly touched and kissed while attending a 2019 wedding reception.

Karen Hinton, who had once worked for Cuomo, claims he was aggressive in hugging her after inviting her to his hotel room in 2000, while he was secretary of Housing and Urban Development.

Multiple unnamed women whose accounts were published by The Washington Post have said Cuomo cultivated a culture in which sexism and sexual harassment were allowed.

“What this is is a systemic, intentional, hostile, toxic workplace environment that . . . perpetuates abusive treatment of people who don’t have power or resources,” an unnamed woman who had worked in Cuomo’s office told The Post.

The claims have led some New York political leaders to call for Cuomo to resign, including state Senate Majority Leader Andrea Stewart-Cousins.

However, more than 20 female Democratic members of the Assembly have said Cuomo should stay in office until the investigation by the attorney general is finished, according to Politico.

Also on Tuesday, Lt. Gov. Kathy Hochul also agreed that the investigation should be concluded before any action is taken.