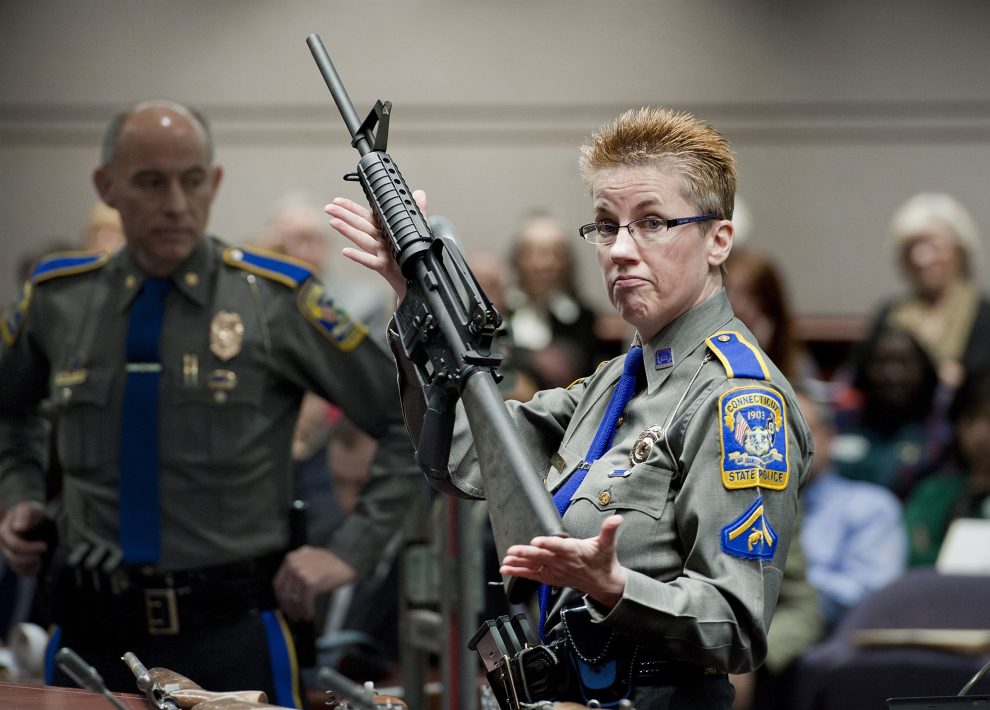 In what appears to not only violate common sense but congressional law, the Connecticut Supreme Court said Thursday that the victims and families of the Sandy Hook school shooting can move forward with a lawsuit against Remington, the manufacturer of the Bushmaster rifle Adam Lanza used to carry out the massacre. Experts predict that the case will now go before the U.S. Supreme Court, seeing as how the Second Amendment and The Protection of Lawful Commerce in Arms Act both hang in the balance of this decision.

Not to mention the fact that, um, this kind of liability could literally end U.S. gun manufacturing and sales overnight.

From the New York Times:

In the lawsuit, the families seized upon the marketing for the AR-15-style Bushmaster used in the 2012 attack, which invoked the violence of combat and used slogans like “Consider your man card reissued.”

Lawyers for the families argued that those messages reflected a deliberate effort to appeal to troubled young men like Adam Lanza, the 20-year-old who charged into the elementary school and killed 26 people, including 20 first graders, in a spray of gunfire.

In the 4-3 ruling, the justices agreed with a lower court judge’s decision to dismiss most of the claims raised by the families, but also found that the sweeping federal protections did not prevent the families from bringing a lawsuit based on wrongful marketing claims. The court ruled that the case can move ahead based on a state law regarding unfair trade practices.

It’s hard to see how Remington could be held liable for “wrongful marketing” unless they were specifically advertising a weapon that could feasibly be used to shoot up a kindergarten. Or making some kind of “Hey, weirdo, this gun is perfect for taking your revenge out on an unloving and hateful world!” We’re pretty sure Remington did not engage in marketing of that sort, and so it is ridiculous to claim that they bear any responsibility whatsoever for what Lanza did on that fateful day in 2012.

It is impossible not to feel ongoing sympathy for the families who survived this terrible tragedy, and we don’t even have any particular ill will towards them for trying to seek redress wherever they can find it. Tragedy and logic rarely go hand in hand.

But that doesn’t change the fact that this sort of liability is outlandish, nonsensical, and in direct conflict with the Second Amendment. Not to mention, it opens the door wide open for manufacturers of knives, cars, pressure cookers, and any number of products to be sued for liability. Let’s hope the Supreme Court strikes this down, because it opens up a can of worms that could literally devastate American industry, to say nothing of our rights.