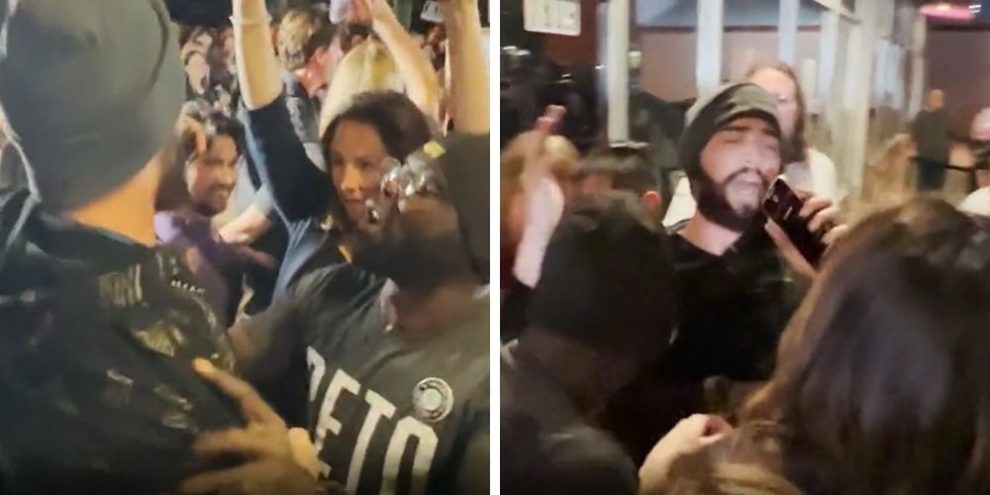 Independent journalist Tayler Hansen was once again violently removed from a Beto O’Rourke rally, this time in Denton, Texas, after confronting the Democratic candidate on medicalized gender transitions for minors.

Hansen approached the Texas gubernatorial candidate while he was speaking onstage, and asked if O’Rourke “would disavow surgery for trans kids.”

The Democratic candidate refused to answer the question and then said to the audience, “This is part of the fear and the hatred that we are talking about right now.”

His campaign staff kept it legal and disrupted my questions, a Beto Supporter on the other hand forcibly assaulted me multiple times.

I was then flashed by a trans Beto supporter pic.twitter.com/D3hBh9JPjq

The crowd began to boo Hansen as he repeated the question. O’Rourke continued, “Here you have somebody who wants you to be scared of transgender Texans right now.”

As O’Rourke continued with his remarks, a woman identified by Hansen as a Beto campaign staffer said to the journalist, “You asked your question.”

Hansen replied, “And he didn’t answer. Will you answer?”

“I don’t need to answer,” the staffer retorted.

Hansen asked the staffer why the candidate wouldnt not disavow trans surgeries for minors and if that is something “he believes in,” to which the staffer answered, “You got your opportunity to ask your question.”

“I got my opportunity?” Hansen responded. “He clearly didn’t answer it.”

The staffer said that O’Rourke did not have to answer and refused to acknowledge Hansen’s follow-up question of why the candidate wanted to mutilate children. The staffer replied, “You made your point. Very impressive. Let’s go,” and gestured for the journalist to leave the area.

As Hansen was walking away he said, “Hey, Beto wants to mutilate children,” adding “I don’t know why he won’t disavow trans surgery of minors.”

At that exact moment, a Beto supporter pulled up her shirt in front of Hansen, revealing scars allegedly from a double mastectomy for the purpose of gender affirmation, and said, “I turned 18 two months ago and got my tits chopped off. Get the f*ck out b*tch. Get out of here Tayler.”

Hansen continued walking away, flanked by the campaign staffer, and said, “It’s interesting that he (Beto) won’t disavow trans surgeries.”

Last week, Hansen was assaulted by security and attendees as O’Rourke called the journalist an “a**hole” during the candidate’s event in Dallas.