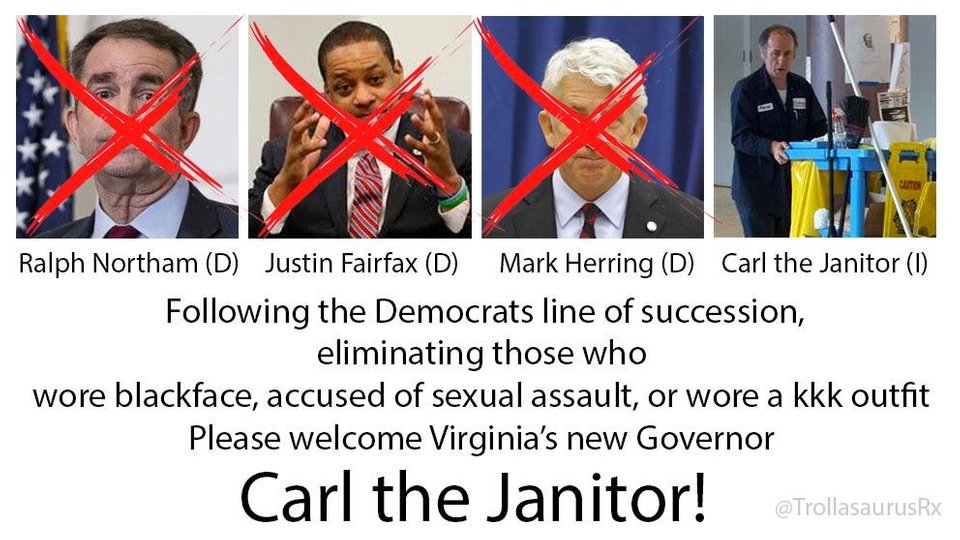 Ok so the state of Virginia has had better days. Just days after the Governor supported a extremely unpopular infanticide bill, a picture surfaced of the Governor either wearing blackface or a clanhood. Than the lieutenant Governor Justin Fairfax who would have taken Ralph Northerns Governorship after he steps down has accusations of rape. Actual credible allegations of rape, with a actual time and place. So next up in line is Mark Herring who in a amazing stroke on luck also says that he appeared in blackface.

This is just a amazing story in all honesty. It just goes to show the type of people that go into Government. We truly live in a Kakistocracy.