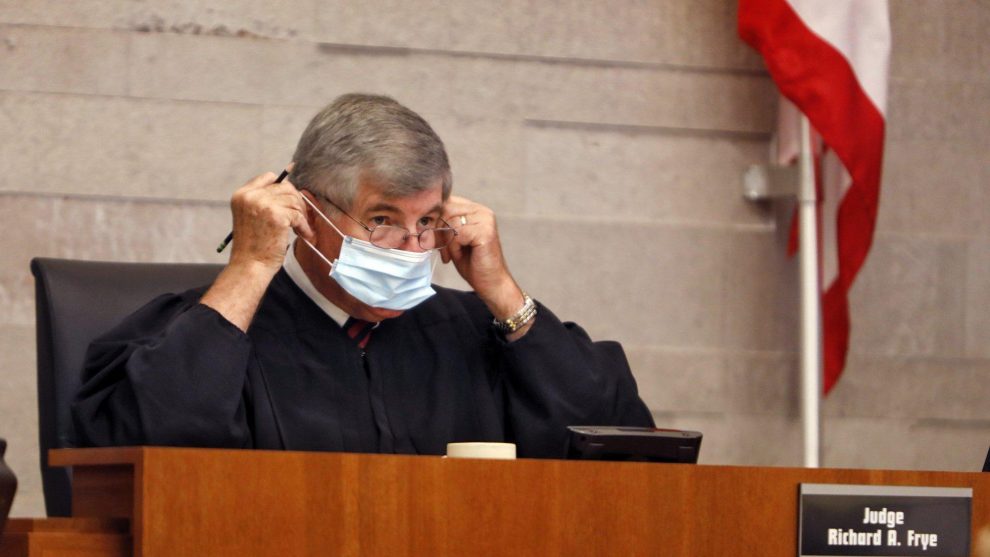 A Franklin County judge recently began including vaccination against COVID-19 as a condition of defendants’ terms of probation.

Common Pleas Judge Richard Frye said last week he added the vaccine as a condition on three cases in the week of the roughly 20 sentences he imposed.

He said he discussed the matter in open court with the defendants, and they attributed their unvaccinated status to procrastination. None raised any philosophical, medical or religious objection.

“It occurred to me that at least some of these folks need to be encouraged not to procrastinate,” Frye said in an interview. “I think it’s a reasonable condition when we’re telling people to get employed and be out in the community.”

He declined to “speculate” what would happen if a defendant raised a medical, religious or philosophical exemption to vaccination, but said this is a different situation entirely than people who have simply put the matter off.

An example: a man named Cameron Stringer entered a guilty plea for one charge of improperly handling firearms in a motor vehicle, for which he was sentenced to two years of probation (“community control,” as it’s known in Ohio).

Stringer must submit to random drug screening; avoid further legal trouble; return a firearm in question to its rightful owner; and obtain a COVID-19 vaccine within 30 days and provide proof to the Probation Department, court documents show.

It’s unclear how widespread this judicial practice is. Frye said he didn’t know if any other judges were doing anything similar. A spokesman for the Supreme Court, which oversees lower courts, said he didn’t know of any judges doing anything similar. However, he sent a link to a media report about a judge offering to shorten probation stretches for those who obtain a vaccine.

Gary Daniels, a lobbyist with the ACLU, expressed concern about the practice Thursday, comparing it to Ohio judges who have ordered defendants convicted of crimes not to procreate.

“It doesn’t have any real relationship to community control,” Daniels said of Frye’s practice, in a brief interview.

“At a minimum, it appears to be problematic.”

Frye’s practice comes in a period of stagnation in a vaccination campaign against a disease that has killed more than 600,000 Americans. Despite a skyscraping death and morbidity toll; five $1 million lottery drawings for people who get vaccinated; and more than 6 months of availability, fewer than 48% of Ohioans have started the vaccination process against COVID-19.

“I just wanted them to be safe in the community,” Frye said.