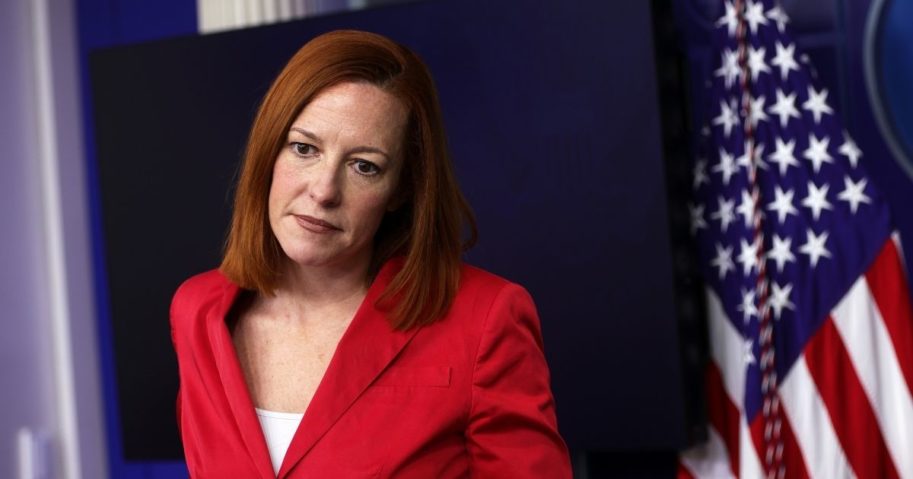 The Biden administration’s border crisis is getting worse, as even CNN’s White House reporter on Thursday demanded an answer on the issue from press secretary Jen Psaki.

Kaitlan Collins, who worked for The Daily Caller before she jumped the shark and joined far-left CNN in 2017, proved herself to be as partisan left as the rest of the establishment media during the term of President Donald Trump.

Collins is perhaps best known for unmasking herself last year — literally and figuratively — as a fraud when she apparently thought the cameras were off after a White House coronavirus task force media briefing in which she essentially demanded masks be taken more seriously.

CNN’s Kaitlin Collins obsesses over masks when the cameras are on, but when she thinks they’re off, off comes her mask! pic.twitter.com/IpPSvgDqhc

Collins is a perfect representative for the world of establishment media hypocrisy, sensationalism and outright false reporting. But there might be hope yet for the CNN reporter, as she actually engaged in seeking out an answer about the crisis President Joe Biden has created along the country’s southern border.

In all honesty, Collins shredded Psaki.

After quizzing the press secretary about the Democrats’ behemoth $1.9 trillion COVID relief giveaway, Collins nailed the inept Psaki on the border issue.

"There are over 3700 children in border patrol jail-like facilities. How can you say that's not a crisis?"

“One last question on the border: The administration has refused to call it a ‘crisis,’ instead referring to it as a ‘challenge’ and saying what you call it doesn’t make a difference of how you’re responding to it,” Collins said. “Now, today there are over 3,700 children, unaccompanied migrant children, in border patrol custody.”

“They’re spending on average over 100 hours, four days in these facilities that are jail-like facilities not meant for children, so how can you say that’s not a crisis?” she asked.

Collins might as well have reverted back to what her network called those “jail-like facilities” under Trump: cages.

Has hell frozen over, or did a CNN reporter just partake in unbiased journalism?

Psaki was stunned, obviously. She reverted to regurgitating the statements of Biden administration border point woman Roberta Jacobsen, who admitted on Wednesday that Biden’s policies have created the all-out humanitarian quagmire in Texas, New Mexico and Arizona.

“Well, I think what Ambassador Jacobson and Secretary Mayorkas were conveying, and what I’ve conveyed is it doesn’t matter what you call it. It is an enormous challenge. It is something that is front and center for the president,” Psaki said.

Psaki noted that the administration is working to stop the non-crisis crisis, to which Collins added, “Aren’t those the steps that you would take if it was a crisis that you had on your hands?”

There was no real answer from Psaki, as she’d been absolutely pummeled by a CNN reporter — of all people. She also never did state whether she would classify the border crisis as a crisis.

Could this be a sign of renewed hope that CNN and other networks might start seeking truth from Democratic elected officials? Probably not. But it is evidence that Biden’s lack of transparency is wearing thin on everyone — even hacks like Collins.