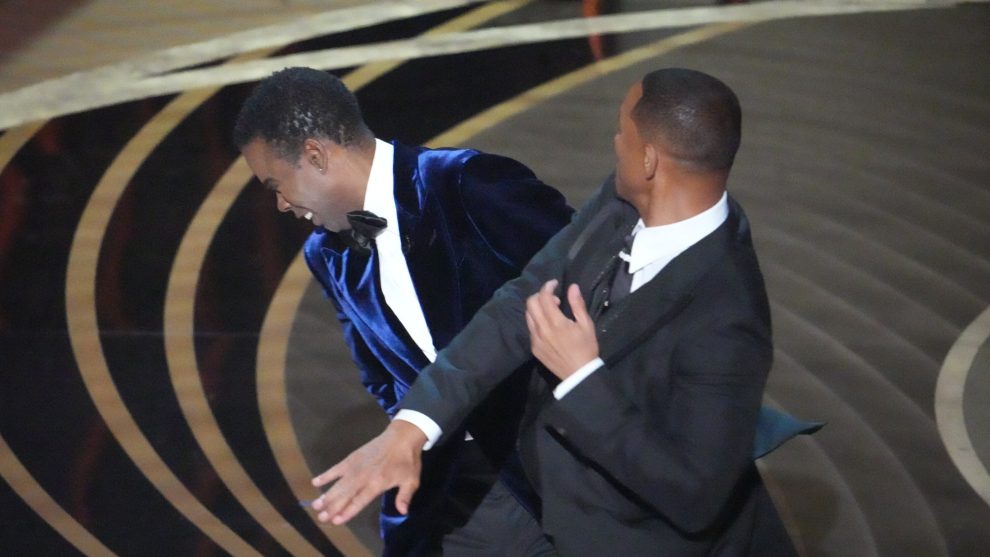 With all the hoopla that has surrounded Chris Rock since the slap he received at the Oscars a couple of Sundays ago, it is heartening to know that he was not injured and did not suffer a concussion. Now, I’m not a doctor so I can’t say for sure he didn’t suffer a concussion (and neither am I a biologist), but I do know he is one smart man.

We have covered this story from the night it happened two weeks ago to the latest post on Saturday, from our brand new colleague Bob Hoge: Is It Racist to Criticize Will Smith for Slapping Chris Rock? It Shouldn’t Be.

Here was my offering the day after it happened, and I have once again been proven RIGHT — that the comics of the world are having a field day teeing off on Will and Jada. In all fairness, though, anyone would have been able to predict that. (Now, if I could only pick the right lottery numbers.)

A brief snippet from that piece.

Will Smith Got His Feelings Hurt at the Oscars and Hit a Comic, Now Come the Real Jokes…

Chris Rock is one of the most successful and respected comics of the last 25 years and he told a mild joke last night about Will Smith’s wife, Jada. Make no mistake about it, that was a mild joke because if Rock had wanted to, he could have gone into the infidelity that Jada has admitted to in their marriage.

So if anyone thinks that Chris Rock’s peers are going to sit by and allow one of their own to be attacked over a joke, you are going to watch a magnificent display of how good comics can dissect you in a heartbeat. I’m not talking just about big names either — you are going to have up-and-comers, people who are somewhat known, all dive in on how Smith totally overreacted to this joke.

There is no escaping the verbal arse-kicking Will Smith is now going to take and he deserves every bit of it.

One of the reasons that Chris Rock is successful is not just because he’s funny, but because he is smart about the way he handles his business. He kept his calm right after he was attacked by Smith at the Oscars, and now he has his eyes set on a special, in which he will do a deep-dive into all of this — and it will make him beaucoup bucks. He is waiting to get paid to talk about this, as he states right HERE…

Now after the slap gate controversy, Chris Rock recently held a comedy show where she [sic] joked about the fiasco. According to the local newspaper Desert Sun, Chris Rock was seen telling the audience at Fantasy Springs Resort Casino in California’s Coachella Valley he said, “Life is good.” Chris also joked about getting his hearing back after Will slapped him.

Chris Rock went on to add that he has a whole show ready on the controversy, but he would not talk about it. He said, “I’m OK, I have a whole show and I’m not talking about that until I get paid.”

Capitalism at its finest.

Rock and his team correctly decided to take a step back and let this issue marinate a bit. Instead of going out the following weekend — he had some comedy shows scheduled in Boston — he has been just working some quick references about what happened into his shows. He is probably negotiating right now for an HBO or a Netflix special to talk about it. Now, some people who have already bought tickets to his shows might be ticked off about that. Or a leftist–in general–might get pissy about it because Chris Rock is already a millionaire, so why does he want more money.

Yet anyone else who might find in the same position and is smart about it would try to turn a situation like that into dollar signs. Those that say they wouldn’t are just flat-out lying.

So, I hope he gets that deal done sooner rather than later, and I’ll make sure to get the stream of that sucker on whatever platform he decides to go with, because I fully anticipate laughing my arse off.

We surely need it today, in Biden’s America.