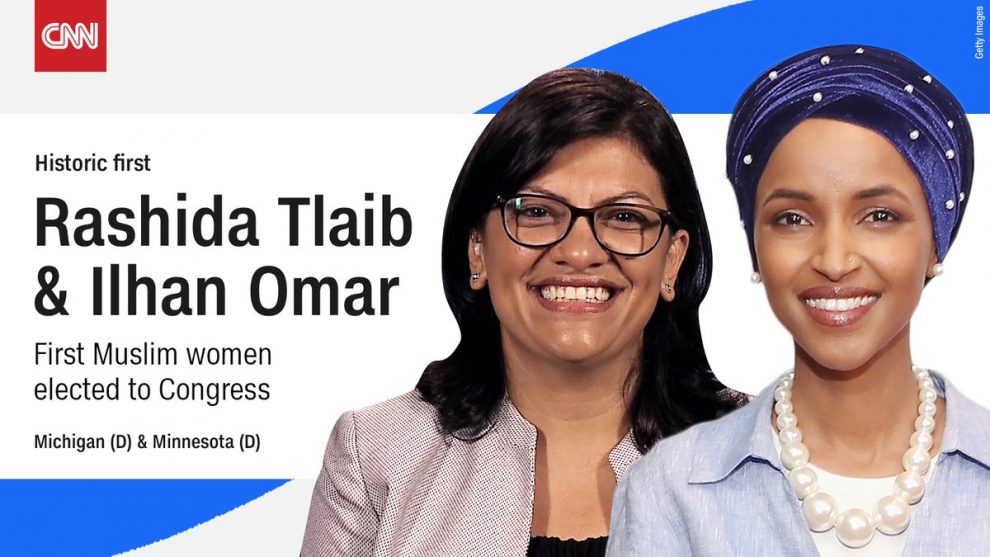 Change.org is suppressing an inflammatory petition from a Jewish watchdog group demanding a federal investigation into the Council on American-Islamic Relations (CAIR) and Democratic Reps. Ilhan Omar of Minnesota and Rashida Tlaib of Michigan.

Though the petition didn’t violate Change.org’s terms, the platform took steps to restrict its “discovery on our platform,” Change.org told StopAntisemitism.org, the watchdog group, in an email shared with The Daily Caller News Foundation. The petition is hidden from users who search for it on the platform.

The petition, which had more than 32,000 signatures by Tuesday evening, accuses CAIR, a Muslim activist group, of being “an American front group for the Hamas terrorist organization.” The petition also challenges Omar and Tlaib’s loyalties to America. Both congresswomen previously leveled the same charge against supporters of Israel.

“There’s no doubt that Tlaib and Omar have close-knit ties with Hamas affiliated CAIR and we, as concerned citizens, call on Attorney General and U.S. Special Envoy for Anti-Semitism to investigate these ties,” the petition states.

Omar and Tlaib both spoke at CAIR fundraisers this year. Omar stirred controversy with remarks she made about the Sept. 11, 2001, terrorist attacks while speaking at a CAIR event earlier this month.

Change.org also added a banner above the petition telling users to “consider researching this issue before signing or sharing” it.

The platform took those steps after reviewing challenges to the petition’s accuracy, Change.org spokesman David Barre told TheDCNF in a series of emails.

“A flag on a petition doesn’t automatically lead to action by us. We have to assess each situation individually to determine what response, if any, is appropriate,” Barre wrote in an email to TheDCNF.

“We actually will conduct moderate research on a flagged petition to see if any of the user claims have any basis in mainstream media,” Barre added. “Depending on the nature of the flag, we may ask for substantiation from the claimant that would establish their claims, including legal documents or a detailed letter outlining their claims with relevant evidence.”

Barre declined to say what specific language in the petition led to its suppression.

CAIR was named an unindicted co-conspirator in 2008 when former leaders of the Holy Land Foundation, a U.S.-based Muslim charity, were convicted of funneling millions of dollars to Hamas, which the State Department has labeled a terrorist organization.

CAIR spokesman Arsalan Bukhari did not return TheDCNF’s email seeking a response to the Change.org petition.

A page on CAIR’s website calls it “internet disinformation” to label the organization a “front group for Hamas.”

The page says CAIR has “consistently denounced violence by Hamas, Israel and other groups,” juxtaposing the Jewish state alongside the terrorist organization.

Zachor Legal Institute, a legal organization combating anti-Israel movements within the U.S., threatened to bring legal action against Change.org over the suppressed petition.

“Change.org is at odds with its own rules, procedures and guidelines. They refuse to provide substantive responses or uphold their stated mission,” Zachor President Marc Greendorfer said in a statement to TheDCNF. “The company that claims to empower individuals around the world to be agents of positive change is complicit in our problems.”

Barre wrote in another email to TheDCNF: “Change.org is an open platform and we care deeply about free speech and empowering our users to create the change they want to see. When a petition is flagged by users, we review its content to see if it violates our stated policies and to determine whether or not the petition should be removed.”

“Since this petition itself does not violate our terms, we have not removed any specific language or phrase in the petition but taken steps to ensure users know we are aware of their concerns by adding a banner,” Barre added.

“We are not in a position to determine whether the content on our platform is true or false. In this case, as soon as we received a user claim, we let the petition starter know about the claim for their own protection and to give them the opportunity to amend or remove the petition. If/when we receive more information from the claimant substantiating their claims, we may be compelled to take further actions,” Barre said.