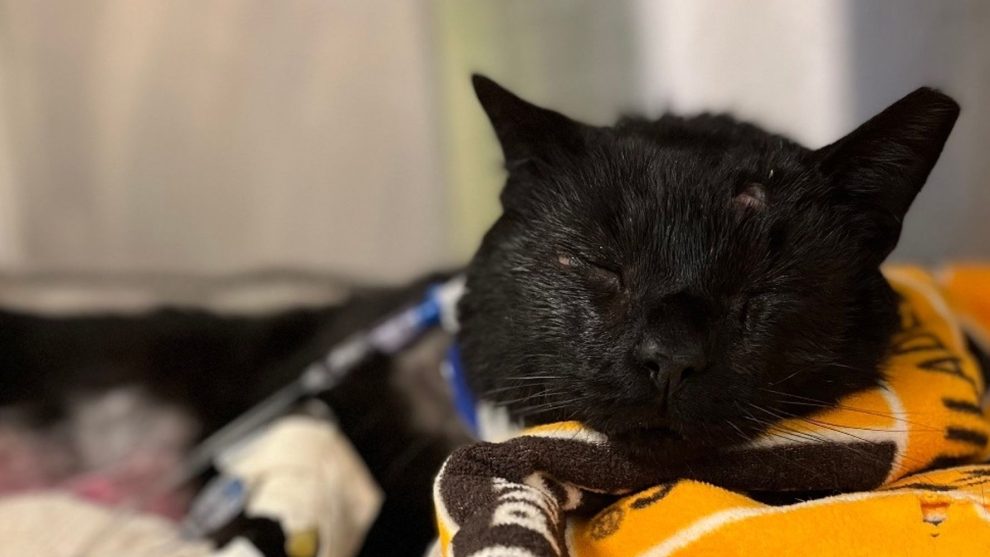 In Philadelphia, a cat is fighting for its life after being attacked by two pit bulls at the urging of the dogs’ owners. The attack was captured on video.

The dog owners saw Buddy in a backyard, then–one after another–released their dogs from their respective leashes and shouted encouragement to the dogs as they mauled the cat. When a resident entered the backyard, the two dog owners immediately start yelling “no” and attempted to pull the dogs away, in an attempt to hide their responsibility for the attack.

The two dog owners, both juveniles aged 17 and 12, respectively, have been identified. One turned himself in on Friday, March 25th, and the other expected to do the same on Saturday, March 26th. As mentioned in one of the few MSM reports on the matter:

The juveniles are facing multiple charges including felony animal fighting, felony aggravated animal cruelty and a conspiracy charge. While they’re facing felonies, these are not crimes that warrant being charged as an adult.

The cat, named Buddy, remains in critical condition, although, according to the Philadelphia SPCA who are caring for Buddy, the prognosis is “hopeful.”

Such reports invariably evoke strong emotions and responses, both pro and con, regarding pit bulls. That said, the primary questions should be who trained these dogs to attack, and why did the two juveniles walking them feel it acceptable and desirable to have them attack Buddy the cat. This is not a dog breed issue. Nor is this a racial or gender issue. It is a matter of determining what led the two youths into believing a machismo indicator and reinforcer is the kind of dog you have and how you train the animal. It is also a matter of determining why the two youths assign such low value to the life of someone’s pet, that they would encourage their dogs to attack and kill Buddy the cat in the most painful way imaginable.

Here’s praying that Buddy comes through. As for the two youths and whomever is raising them, here’s praying God’s love transforms their hearts and minds before they go any further down their current, miserable path.