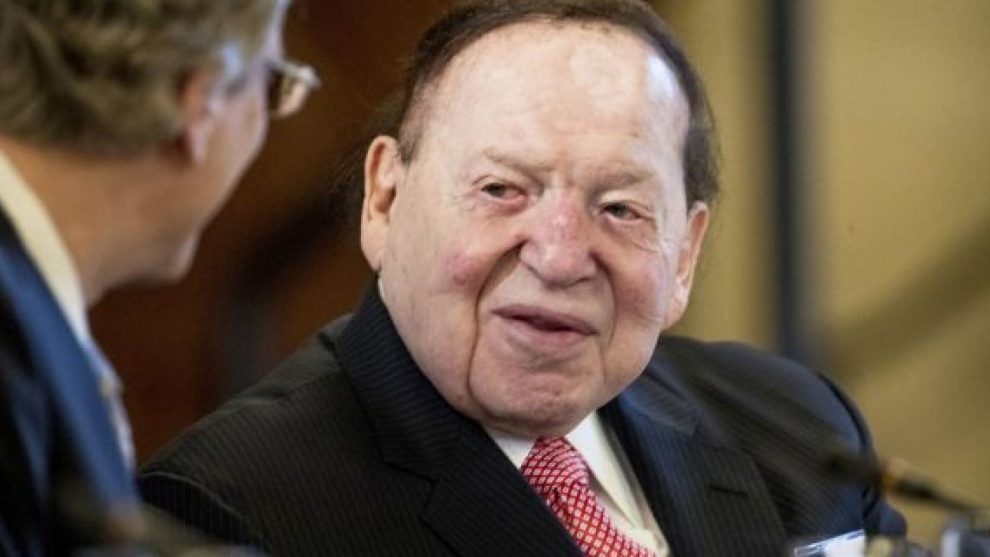 Casino magnate and GOP donor Sheldon Adelson has cancer and has not been at his company’s offices in Las Vegas since around Christmas Day.

Adelson’s poor health was revealed earlier this week by one of his company’s attorneys during a court hearing in a years-old case brought by a Hong Kong businessman. The founder and CEO of Las Vegas Sands Corp. did not participate in the casino operator’s conference call with analysts and investors following its earnings report in January.

Attorney James Jimmerson told the court Monday that he learned last month “of the dire nature of Mr. Adelson’s condition, health.” The comment from the attorney came when discussing whether Adelson could sit for a deposition in the case and was first reported by The Nevada Independent.

See also  More Implosion of Hutchinson's J6 Claims as Adam Schiff Steps in It Big Time on CNN
→ What are your thoughts? ←
Scroll down to leave a comment: