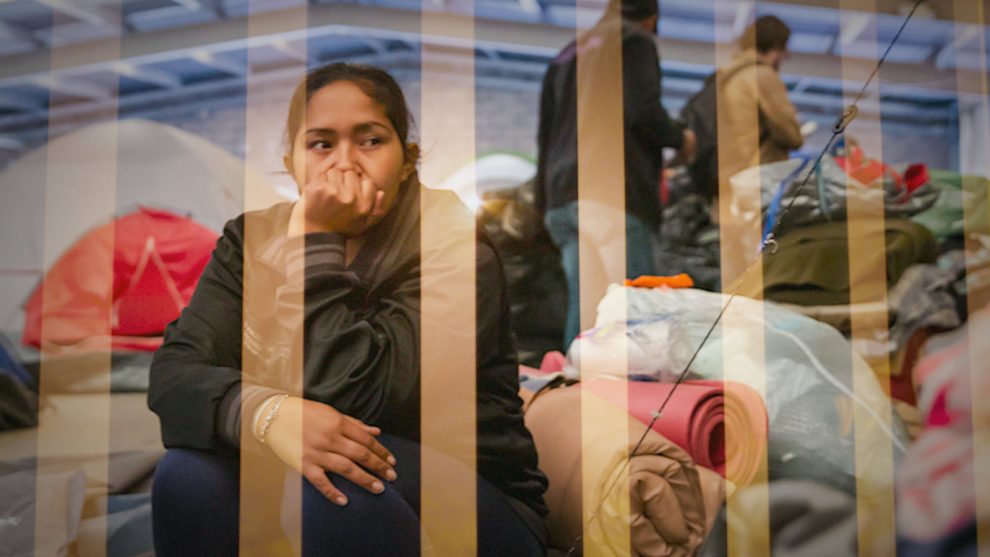 The U.S. Customs and Border Protection agency is buying 2.2 million diapers to help deliver economic migrants and their young children into Americans’ worksites, schools, and neighborhoods, according to an online contract request.

The purchase implements the welcome policy set by a bipartisan panel in Congress, which in February directed the Department of Homeland Security to help the migrants — despite the impact on Americans’ wages, schools, and neighborhoods — instead of helping Americans by giving the agency the legal authority needed to block the migration.

The 2.2 million diapers are being bought with funds provided in the February border spending bill for the DHS. The bill included “$192,700,000 for improved medical care, transportation, and consumables to better ensure the health and safety of migrants who are temporarily in [U.S. Customs and Border Protection] custody,” according to a congressional Explanatory Statement of the provisions. The money is also being used to fly migrants from the border to their target job sites and homes in the United States.

The diaper purchase request, numbered 20113222-a, spotlights the agency’s gradual conversion from a border protection force to a migrant aid force.

Since roughly 2009, the agency has increasingly been used by establishment Democrats and Republicans to quietly ease the migration of Central American job-seekers, families, and coyote-accompanied “Unaccompanied Alien Children” into the United States. The transformation began with the “Morton memos” from former President Barack Obama’s deputies but has continued into 2019 amid Congress’s refusal to shut the catch-and-release loopholes opposed by President Donald Trump.

Those catch-and-release rules bar DHS from deporting migrants who bring at least one child and ask for asylum. Instead, Congress ensures the migrants are released into the United States, allowed to get work permits and to hide in the nation’s growing population of illegal immigrants. Only a small share of the migrants try to win their asylum cases, partly because the vast majority are not eligible for asylum because they are unskilled economic migrants seeking a better life for themselves and their children in Americans’ society.

Biden Could Owe As Much As $500K In Back Taxes Kamala Harris Appears in Law-Breaking Video Because Nothing Matters Anymore Biden Issues Haunting Threat to Border Agents Who Defended Border on Horseback: ‘Those People Will Pay’

In 2017 and again in 2018, the catch-and-release rules provided roughly 400,000 migrants with work permits for jobs in Americans’ workplaces.

Agency officials expect roughly 800,000 migrants to move into the United State via the catch-and-release loopholes in the 12 months up to October 2019. That nation-changing inflow adds up to more than one migrant for every five children born in the United States during 2018.

The vast majority of the migrants come from Central America, but officials have announced that the first group of migrants from Africa arrived on May 31 — the same day that the agency sought to buy the 2.2 million diapers.

President Donald Trump is now threatening to impose tariffs on Mexican exports if Mexico’s government does not help stem the inflow. Trump’s deputies say they want Mexico to sign a “safe third country” deal that would allow U.S. border agencies to quickly reject asylum requests from economic migrants who pass through Mexico. The agreement would deter job-seekers from leaving their families, communities, and jobs in Central America, at minimal cost to Mexico and the United States.

But Mexican government officials are resisting the pressure, and are being encouraged by U.S. business leaders, the establishment media, and by a group of GOP Senators who do not want Americans to use tariffs to protect their workplaces, schools, and communities from illegal migration.

For example, several GOP Senators are talking up a legislative proposal to block Trump’s tariff strategy against Mexico, according to the Washington Post:

some Republicans emerged from the [June 4] lunch convinced that opposition to Trump’s proposed levies on Mexico runs so deep that GOP senators could produce a veto-proof margin on a disapproval resolution.

“I sure do,” Sen. Kevin Cramer (R-N.D.) said when asked whether he thought there would be at least 20 Republican votes to reject Trump’s tariffs on Mexico — which would constitute a veto-proof margin in combination with Democratic opposition. “There’s just a weariness of tariffs as the only tool in the tool kit that gets used.”

Cramer is already championing legislation — titled H.R. 1044 — which would reward Indian workers with the massive prize of citizenship if they agree to take jobs from American graduates, usually at salaries far below the level paid to Americans. Cramer’s offer is also being made to Indians who take good jobs from his young constituents in North Dakota.

Business groups oppose the Trump tariff strategy partly because it will raise the costs of their cheap-labor production in Mexico.

Worse, if Trump’s plan succeeds, it would also slow or block the economic stimulus provided by the inflow of Central Americans who also serves as consumers and renters.

The migrant inflow is also an indirect subsidy for companies because it reduces pressure on the companies to raise wages for Americans, to hire sidelined, untrained, or low-quality American workers, or to buy the labor-saving machinery which makes Americans more productive and wealthy. Investors are feeling the pressure of rising wages, according to numerous reports, for example, the New York Times reported in April that:

Nationwide, the average wage of nonsupervisory workers in residential construction hit $25.34 an hour in January. That’s over 6 percent more than a year earlier, close to the steepest annual increase since the government started keeping track almost 30 years ago. Pay is taking off even among those in less-skilled construction trades.

The gains are part of a broader trend. The tightest labor market in more than half a century is finally lifting the wages of the least-skilled workers on the bottom rung of the labor force, bucking years of stagnation.

On May 30, Mexico’s government responded to Trump’s promise by saying that migrants have a right to walk into the United States.

This policy of flooding the market with cheap, foreign, white-collar graduates and blue-collar labor also shifts enormous wealth from young employees towards older investors, even as it also widens wealth gaps, reduces high-tech investment, increases state and local tax burdens, and hurts children’s schools and college educations. It also pushes Americans away from high-tech careers and sidelines millions of marginalized Americans, including many who are now struggling with fentanyl addictions. The labor policy also moves business investment and wealth from the heartland to the coastal cities, explodes rents and housing costs, shrivels real estate values in the Midwest, and rewards investors for creating low-tech, labor-intensive workplaces. 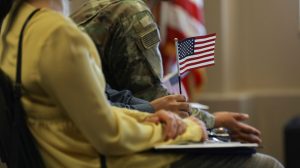