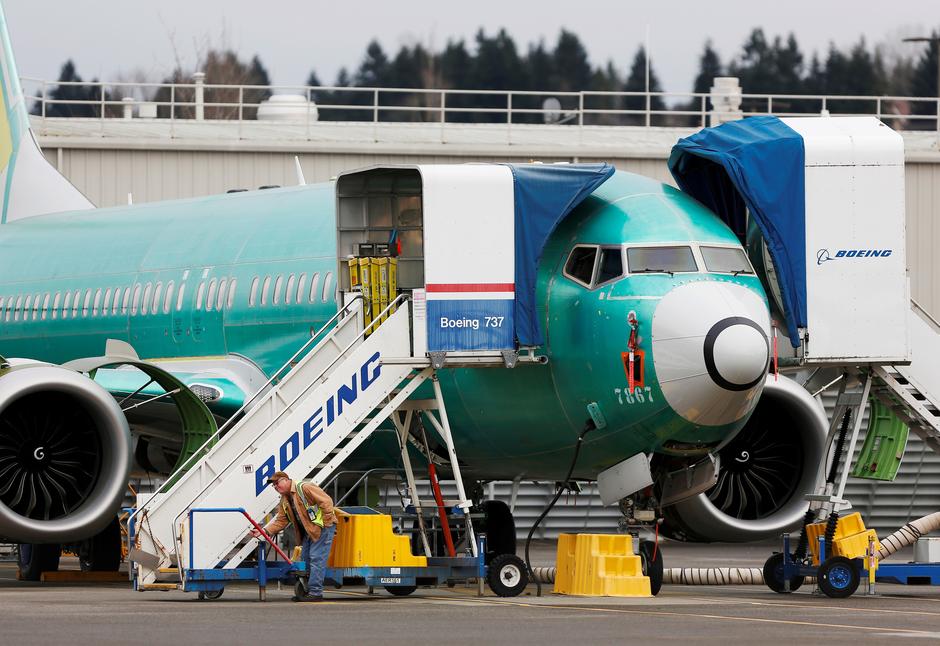 The release of a batch of internal messages has raised more questions about the safety of Boeing’s 737 Max.

In one of the communications, an employee said the plane was “designed by clowns”.

The planemaker described the communications as “completely unacceptable”.

The 737 Max was grounded in March 2019 after two fatal crashes in Indonesia and Ethiopia, which killed almost 350 people in total.

Boeing said it had released the hundreds of redacted messages as part of its commitment to transparency.

The Federal Aviation Administration (FAA) and US Congress were given unredacted versions of the communications last month.

“These communications do not reflect the company we are and need to be, and they are completely unacceptable,” Boeing said.

One unnamed employee wrote in an exchange of instant messages in April 2017: “This airplane is designed by clowns who in turn are supervised by monkeys.”

The documents, which have been published by the Washington Post, also show Boeing’s plan to push back against requirements that 737 Max pilots receive training on simulators, which would have led to higher costs for its customers, making its aircraft less attractive.

“I want to stress the importance of holding firm that there will not be any type of simulator training required to transition from NG to Max,” Boeing’s 737 chief technical pilot at the time, Mark Forkner, said in a March 2017 email.

“Boeing will not allow that to happen. We’ll go face to face with any regulator who tries to make that a requirement.”

On Tuesday this week, Boeing reversed its position by recommending 737 Max simulator training for all pilots.

These messages refer to Boeing employees telling lies, covering up problems and treating regulators with contempt.

They reinforce the impression – already expressed vividly by whistleblowers and in Congressional hearings – that Boeing was a company that had lost its way, focused on maximising production and keeping costs down, rather than on safety.

Emails from the company’s chief technical pilot show just how determined the company was to keep training requirements to a minimum, for pilots used to the previous generation of 737 Max, and to prevent them from being required to spend extra time in a flight simulator.

They show how ready Boeing was to go toe-to-toe with any regulator that thought otherwise.

Minutes from a meeting even illustrate how careful Boeing was in its communications about MCAS – the flight control system implicated in both crashes.

They appear to have been trying to keep a lid on the fact it was a new system, to minimise demands for extra training.

Will all this actually harm Boeing though? It’s questionable.

The company’s reputation has already been savaged; it may be calculating that it now has little to lose by being transparent about past failures.

But it is easy to see now why the relationship between Boeing and the Federal Aviation Administration has deteriorated so far – and why the recertification of the 737 Max has taken so long.

The documents also appear to show problems with the simulators being discussed.

In February 2018, a Boeing worker asked a colleague: “Would you put your family on a Max simulator-trained aircraft? I wouldn’t.”

Man Defecates in Nancy Pelosi’s Driveway as a Form of ‘Peaceful Protest’ Fears Grow Of Chaotic Election Ilhan Omar Shifts Tone on 9/11: ‘One of the Most Horrific Terrorist Attacks We Have Lived Through’

The release of the emails was the latest revelation from ongoing investigations into Boeing’s role in the crashes and the certification process for the Max.

Boeing has said it is redesigning the automated control system thought to have been the primary cause of the crashes. But with no sign from regulators that the aircraft will be re-approved for flight anytime soon, the firm has been forced to halt production of the planes.

On Friday, the economic costs started to be felt as Spirit Aerosystems, a major Boeing supplier, said it would cut 2,800 jobs at a plant in Kansas, and expected smaller layoffs at some of its other factories.

“Spirit is taking this action because of the 737 MAX production suspension and ongoing uncertainty regarding the timing of when production will resume and the level of production when it does resume,” the company said in a statement, which noted that Boeing has hundreds of 737 planes in storage.

Kamala Harris Promises She and Joe Biden Will Be ‘More Progressive’ on Police Reform US Bans Chinese Products Believed To Be Made By Forced Labor PORTLAND PSYCHO SPEAKS: CLAIMS HE “HAD NO CHOICE” BUT TO KILL

The FAA said: “Any potential safety deficiencies identified in the documents have been addressed.”

However, the regulator added: “The tone and content of some of the language contained in the documents is disappointing.”

In the emails and instant messages, employees spoke of their frustration with the company’s culture, complaining about the drive to find the cheapest suppliers and “impossible schedules”.

“I don’t know how to fix these things… it’s systemic. It’s culture. It’s the fact we have a senior leadership team that understand very little about the business and yet are driving us to certain objectives,” said an employee in an email dated June 2018.

And in a May 2018 message, an unnamed Boeing employee said: “I still haven’t been forgiven by God for the covering up I did last year.”

Without citing what was covered up, the employee added: “Can’t do it one more time, the pearly gates will be closed.”

Trump on 9/11: ‘America Will Always Stand Tall and Fight Back’ Democrats Launch Smear Attacks on Amy Coney Barrett’s Adopted Children City Council That Approved Abolishing Police: ‘Where Are the Police?’

Boeing said that some of the messages “raise questions” about the company’s interactions with the FAA in discussions about the simulator.

But the company dismissed safety concerns, saying that the issues raised in the emails occurred at the start of the simulators.

It said: “We remain confident in the regulatory process for qualifying these simulators.” 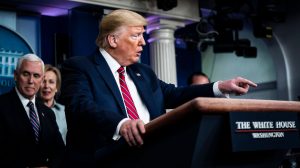 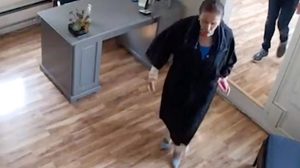 Salon Owner: Pelosi Made the Appointment, if She Can Come in, ‘Why Are We Shut Down?’