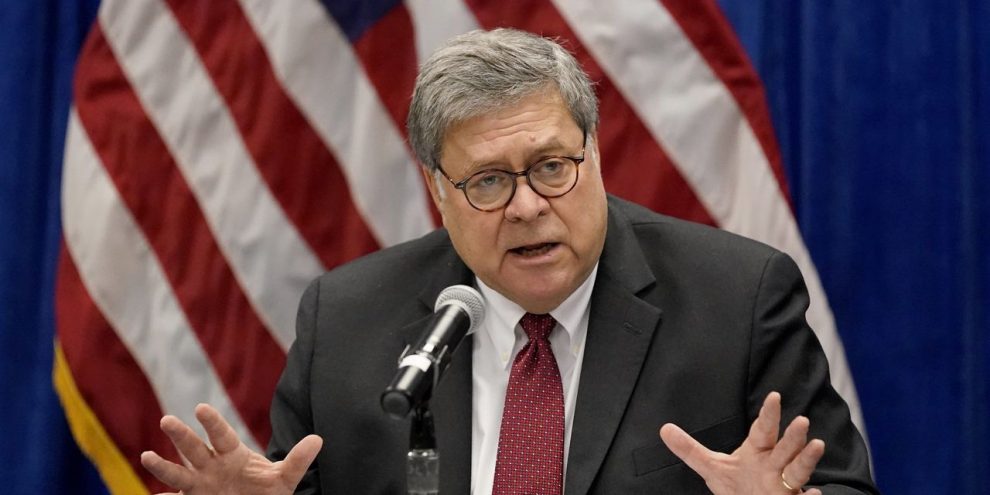 Former Attorney General William Barr is slow and overly cautious, so much so that he infuriated many of us on the right who thought he should have done far more to move the Russia probe along to hold the Clinton team and the others involved accountable for their actions.

But because he is overly cautious, when he does say something, you can be sure he thinks he can back it up. He just gave a damning term to what the Clinton campaign and its various operatives did against President Donald Trump and the United States: he termed it “seditious.”

This Alfa-Bank matter tied to the Clinton team may not have spurred the FBI’s investigation into Trump’s links to Russia, but Barr said he accepted the chance to become attorney general, his second stint, because he believed a “constitutional crisis” was afoot. Barr took charge of the Justice Department in February 2019, overseeing the roll-out of special counsel Robert Mueller’s Trump-Russia findings, and appointed Durham to investigate the origins and conduct of the Russia inquiry, dubbed a “witch hunt” by Trump.

“I think whatever you think of Trump, the fact is that the whole Russiagate thing was a grave injustice. It appears to be a dirty political trick that was used first to hobble him and then potentially to drive him from office,” Barr told BlazeTV host Glenn Beck in a recent episode of his podcast.

Barr also said, “I believe it is seditious,” but he stressed criminality would have to be determined in court.

Barr noted that it didn’t only hurt Trump but that it “hurt the United States in many ways, including what we’re seeing in Ukraine these days. It distorted our foreign policy and so forth.”

So if he gets all this, why wasn’t he able to do more when he was in office? There’s indeed a difference between what you know as opposed to what you have the evidence for and can criminally prove. But the longer you wait, the more things start to slip away. Witnesses’ memories and the statutes of limitations start to kill your options.

They are going after various people now, including former Clinton lawyer Michael Sussmann. The jury is out deliberating and we’re likely to get a verdict within the next couple of days. During the trial, Clinton campaign manager Robby Mook admitted it was Hillary Clinton who had okayed spreading the debunked Alfa Bank information to the media. After that, there’s still a pending case against Igor Danchenko who was the main source behind the Steele dossier. As part of the Sussmann case, Durham was trying to lay out the facts of the joint venture of the Clinton team to damage Trump. While the judge limited what Durham was able to put forth regarding that joint venture the Sussmann case, that doesn’t prevent Durham from laying that out in other cases or making that claim in a later case. It would stand to reason that he would go after the smaller fish first, in the hopes that he can get people to flip and help his case against bigger figures.

There’s also a pending internal investigation going on, according to FBI agent Curtis Heide. He testified last week in the Sussmann trial that he was facing an internal investigation for withholding potentially exculpatory evidence from an application for a FISA warrant to surveil someone during their probe of Trump’s 2016 campaign. That wasn’t all. He also said that others who had been involved in the Trump-Russia probe were also being investigated, but he didn’t say who they were or what positions they held at the Bureau.

So we’ll have to see where this continues to go, but you can’t call it seditious and lay out terms like joint venture without having accountability.

Here’s the full interview with Barr.