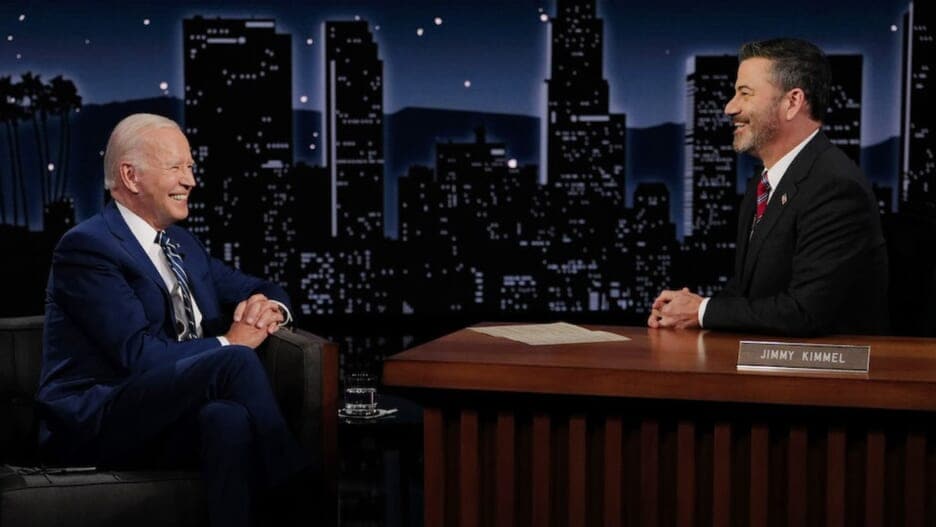 Joe Biden went on Jimmy Kimmel on Wednesday night. In typical fashion, he did nothing to help his prospects, ranting against the Supreme Court on the same day it was revealed a deranged liberal tried to assassinate Justice Brett Kavanaugh.

Here’s what my colleague Nick Arama had to say about that.

On a day including an assassination attempt against Justice Brett Kavanaugh and vile tweets directed at his family, you would think Biden might try to present a unifying, calming presence. No such luck. Biden didn’t even bring it up or condemn it, and Kimmel never asked about it. Indeed, Biden attacked the draft decision of the Supreme Court calling it “ridiculous.” He whipped up more anger against the Court and indicated that he would try to get around the decision.

But as I’ve shared before, the new rules on incitement and rhetoric don’t apply to the left. Thus, Biden will never be questioned for continuing to stoke irrational hate over a decision that might make it a little bit tougher to kill babies in the womb. The immorality on display is stunning.

And you know what else is stunning? Just how senile Joe Biden is. I mean, that’s not the main reason I’m posting this clip for discussion, but how can you ignore how bad this is?

Biden says there's a lot of "major things" he's done, he just hasn't "been able to communicate it in a way that is, uh, um…"

He then starts rambling about reporters getting "clicks on the nightly news" and they cut to commercial. pic.twitter.com/uTiEu495C2

The mumbling and stumbling, the telling Kimmel that he “overstands,” and the quick cut to a commercial as it’s clear the president isn’t going to stop face-planting presents quite the scene, doesn’t it? If there’s ever been evidence that age limits are needed for high office, this interview is a case study.

But even ignoring the uncomfortable mental deficiency on display, Biden falls into the leftwing fallacy that just won’t die: Every policy failure is actually because the American people are just too stupid to understand.

You expect the president to have mental episodes. The guy is geriatric and clearly in steep decline. What you wouldn’t expect is for him and his handlers to stare at the sky and continue to insist it isn’t actually blue. That’s what blaming “messaging” for the administration’s woes is at this point. It’s a nonsensical, pathetic excuse for bad policy.

Americans can read a bank statement. They know how much gas costs. They see how inflation has caused their grocery bills to explode. They also see their retirement shrinking as the stock market tumbles. There is no amount of messaging that will make those things good. Biden’s fallback of citing job growth doesn’t resonate because most are smart enough to understand (not overstand) that the pandemic artificially suppressed the job market. A blind, three-legged dog could have overseen job growth in that environment.

At the end of the day, economics comes down to two things for people: How much money do I have, and what can that money buy? No one cares about “wage growth” when inflation is outpacing it by nearly two to one.

So for Biden to push this idea that he just needs better messaging is laughable. Perhaps more laughable is that Kimmel agreed, actually trying to guide the president through his brain-breaking thought. That kind of hackish behavior is astounding, though not surprising given Kimmel’s rampant partisanship. Is it any wonder that Greg Gutfeld, only having a cable news show, is beating Kimmel’s broadcast show in the ratings?

Regardless, I’d remind Biden of the definition of insanity. Doing the same thing over and over when it’s so obviously not working is the stuff of lunacy, not a competent president. No amount of messaging tweaks is going to change that.