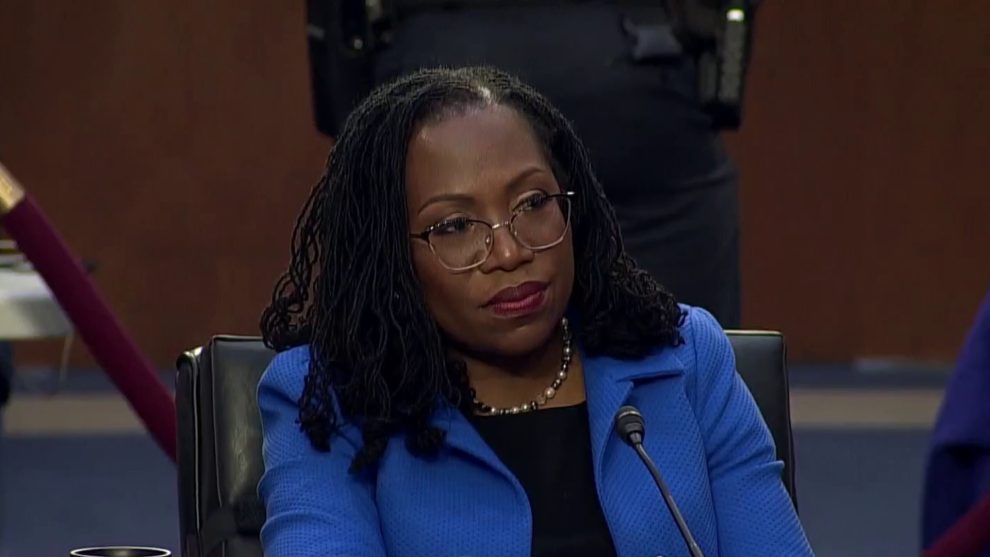 During one line of questioning, Jackson admitted to a concerning lack of knowledge about one of the Supreme Court’s most notorious decisions.

According to Fox News, Republican Sen. John Cornyn of Texas asked Brown about substantive due process, which the outlet defined as “a legal doctrine utilized to expand the Constitution’s due process clause to protect various rights not enumerated in the Constitution.”

Many conservatives feel substantive due process provides an excuse for justices to act as activists and create policy from the bench. Cornyn questioned Jackson about this very concern.

“Why isn’t substantive due process just another way for judges to hide their policy-making under the guise of interpreting the Constitution?” he asked.

In response, Jackson did not directly answer the question, but rather expanded on the definition of substantive due process.

She said justices “have interpreted that to mean not just procedural rights relative to government action, but also the protection of certain personal rights related to intimacy and autonomy.”

One of the most infamous uses of this concept came in 1857 with the Dred Scott decision.

Scott was a slave who moved with his owner from Missouri to Illinois, where slavery was illegal. He later returned to Missouri and said he should be considered free.

The basis for the justices’ decision against Scott’s freedom was substantive due process, as Cornyn noted in his questioning of Jackson. It was arguably the darkest use of the concept in the court’s history.

In her response to Cornyn’s question about substantive due process, Jackson listed the specific rights she believed the doctrine protected. She said they included “rights to rear children, travel, marry, marry a different race, get an abortion and use contraception,” Fox reported.

Cornyn interjected and said the doctrine had also defended “treating slaves as chattel property,” alluding to his earlier comments about the Scott case.

“I don’t quite remember the basis for the Dred Scott opinion,” Jackson said, adding that she trusted Cornyn’s characterization.

Given the notoriety and implications of the Scott case, it is concerning that a prospective Supreme Court justice would not be familiar with it.

While the decision was later nullified by the 14th Amendment, it had a huge impact at the time and is regarded as one of the most controversial court decisions in American history.

Cornyn did a masterful job exposing Jackson’s biases. He first led her to defend substantive due process and then pointed out the dark history behind the concept.

Jackson was left in an impossible situation. Her options were to admit to supporting a doctrine that had previously been used to uphold slavery or to attempt to sneak out of the question.

It is possible she was lying about her memory of the Dred Scott case in hopes of changing the subject, or it could be that she truly forgot the basis for an extremely important decision. In either case, Cornyn exposed a major weakness.