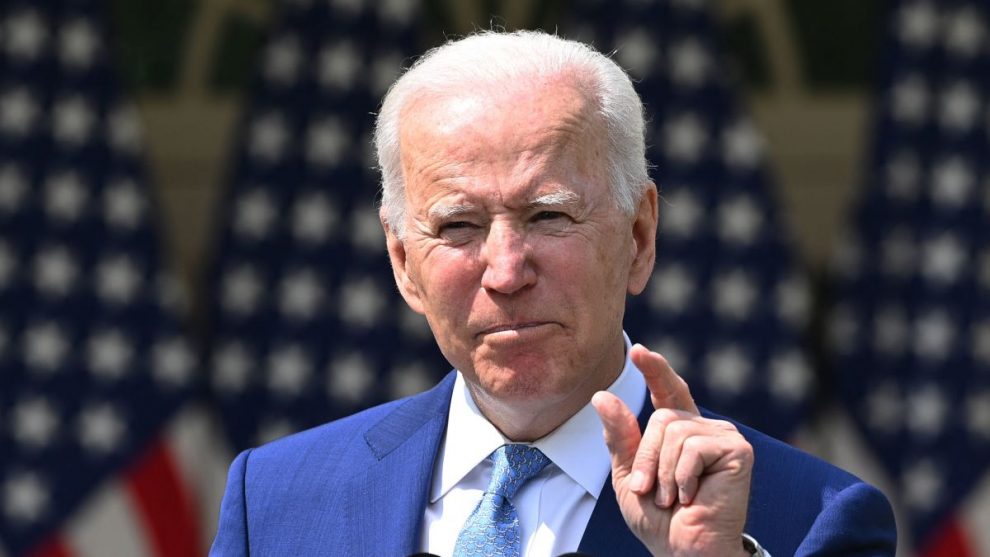 President Joe Biden held separate talks on Monday with two key Democratic senators about a bipartisan infrastructure plan and told them he was encouraged by the proposal but still had questions about how to pay for the bill, the White House said.

A bipartisan infrastructure plan costing a little over $1 trillion, only about a fourth of what Biden initially proposed, has been gaining support in the U.S. Senate, but disputes continue over how it should be funded.

Biden met separately with Senators Joe Manchin and Kyrsten Sinema and “told them he was encouraged by what has taken shape but that he still has questions about the policy as well as the means for financing the bipartisan group’s proposal,” the White House said.

Biden also told the senators that he was “focused on budget resolution discussions in the Senate,” it said, an apparent reference to Democratic preparations to pass parts of his broader infrastructure plans opposed by Republicans using a procedure called reconciliation that requires only a simple majority.

There are 50 Republicans, 48 Democrats and two independents who caucus with Democrats in the 100-seat Senate and Vice President Kamala Harris has the tie-breaking vote for the Democrats.

Manchin and Sinema have been noncommittal when asked if they would support a reconciliation bill.

Among other measures, members of the bipartisan group have discussed indexing the gas tax to inflation to help pay for the bill, a provision that Biden has consistently rejected.

“We still have some sticking points, particularly around how we pay for this,” Brian Deese, director of the White House National Economic Council, told CNN on Monday.

Twenty-one of the 100 U.S. senators – including 11 Republicans, nine Democrats and one independent who caucuses with Democrats – are working on the framework to rebuild roads, bridges and other traditional infrastructure that sources said would cost $1.2 trillion over eight years.

One of the 21 senators, Republican Senator Lindsey Graham, said on Fox News Sunday that if Biden wanted a $1 trillion infrastructure deal, “it’s there for the taking. You just need to get involved and lead.”

White House press secretary Jen Psaki said on Monday that Biden is expected to talk to lawmakers as soon as Monday, but she added that there’s not many weeks left for negotiations before Democrats decide to move forward on a party-line vote.

Biden, seeking to fuel economic growth after the pandemic, had initially proposed about $4 trillion be spent on a broader range of infrastructure that included fighting climate change and providing care for children and the elderly.

The White House trimmed the offer to about $1.7 trillion in talks with senators in a bid to win Republican support in the closely divided U.S. Senate.

Psaki said on Monday that the White House has not ditched its plan for additional spending on items like free pre-kindergarten and paid family leave. She said the White House never saw the infrastructure negotiations as “one step.”

“There is a reconciliation process that’s ongoing, and that addresses and includes a number of the president’s priorities,” Psaki said. (Reporting by Doina Chiacu and Trevor Hunnicutt Editing by Lisa Lambert, Heather Timmons, Peter Graff and Cynthia Osterman)