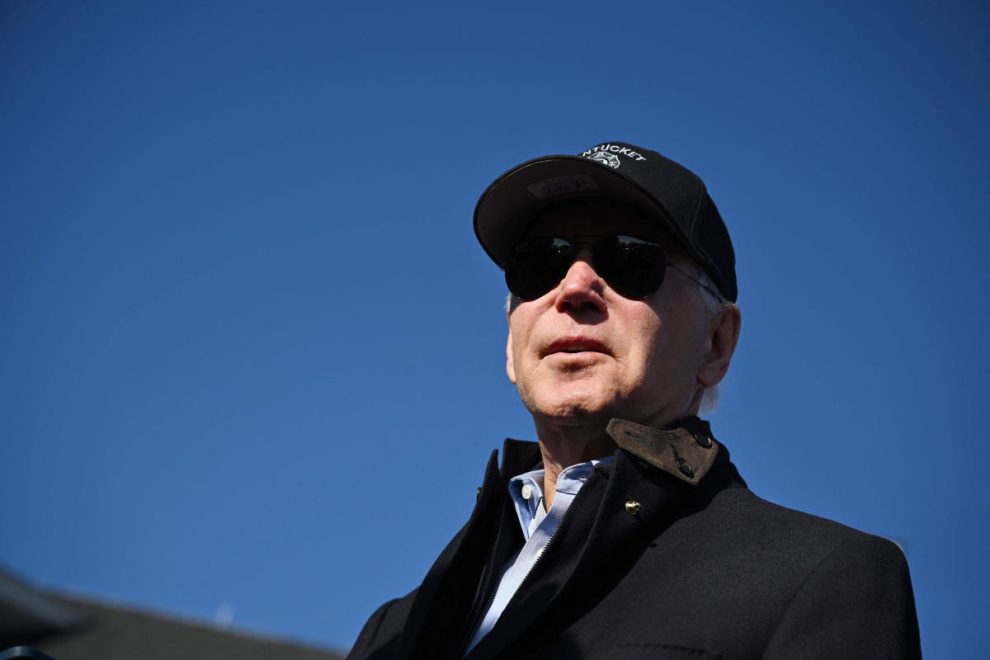 President Joe Biden said on Thanksgiving that he is going to try to curtail the Second Amendment freedoms of law abiding Americans by banning “semi-automatic” firearms after a couple of recent shootings.

Biden made the remarks after a recent shooting at a gay nightclub by a man who reportedly identifies as non-binary and after a store manager shot up a Walmart.

“I’m sick and tired of these shootings. We should have much stricter gun laws,” Biden told reporters. “Look, the idea that we’re not enforcing red-flag laws, period, just based on knowledge, not on parents saying or a loved one saying you should arrest this person now for his own sake, is ridiculous.”

“The idea — the idea we still allow semiautomatic weapons to be purchased is sick,” Biden continued. “It’s just sick. It has no, no social redeeming value. Zero. None. Not a single, solitary rationale for it except profit for the gun manufacturers.”

Biden has previously called for banning semi-automatic firearms, including handguns.

“The idea you need a weapon that can have the ability to fire 20, 30, 40, 50, 120 shots from that weapon, whether it’s a, whether it’s a 9mm pistol or whether it’s a rifle, is ridiculous,” Biden said during a CNN town hall event last summer. “I’m continuing to push to eliminate the sale of those things, but I’m not likely to get that done in the near term.”

Biden has also previously suggested that a “rational policy” would be one that “that says you cannot have 20, 30, 40, 50 clips in a weapon.” Biden has also stated that he wants to ban “clips that have multiple bullets in them,” which critics argue would be an effective ban on most semi-automatic firearms.

Biden has also suggested that people do not need what he claims are high-capacity magazines because deer do not wear “Kevlar vests.”