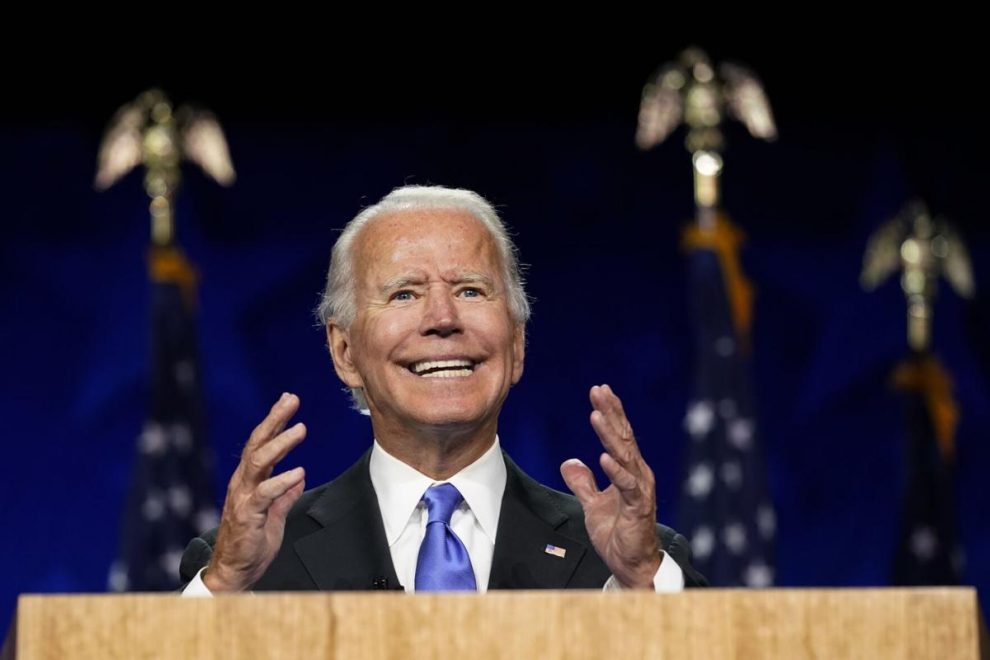 Thursday on MSNBC’s “Andrea Mitchell Reports,” Democratic presidential nominee Joe Biden blamed the violence in Kenosha, WI, and other places around the country on President Donald Trump “rooting” for and “encouraging” the violence.

Biden said, “The problem we have right now is we’re in Donald Trump’s America. You know, to quote Kellyanne Conway, she said, and I’m paraphrasing today, they’re looking for more violence and more destruction because it helps them politically. He views this as a political benefit for him, he’s rooting for more violence, not less, and he’s clear about that. What’s he doing? He’s pouring gasoline on the fire. This happens to be Donald Trump’s America. In Donald Trump’s America COVID is out of control, he’s not prepared for it, he hasn’t responded to it, and he continues to do nothing to deal with it. We have 15 million people out of work. It just is amazing how, if you noticed, they didn’t speak about COVID, and they didn’t speak about any of the reasons why we’re doing what’s happening in Kenosha is happening.”

He added, “I condemn violence in any form, whether it’s looting or whatever it is. And by the way, when I spoke to the family, the mom was really incredibly straightforward, she said, this is not who we are as a family, this is not who my son is, we condemn the violence. So who is rooting for the violence here? And then you have, apparently, I don’t have enough detail to make a final judgment, it looks like some militia folks were there, a young man who shot two people. Where’s the condemnation coming from that? So look, if you want to talk about safety, the biggest safety issue is all the people dying from COVID. Over a thousand yesterday again. It’s a thousand people a day. We’re worse on than any other country in the world right now.”

Biden said, “I think he views it as a political benefit. I had a quote here from Kellyanne Conway, she said, ‘The more chaos and anarchy and vandalism and violence reigns, it’s better for us. It’s a very clear choice it presents for us.’ When has a president or a spokesperson for a president ever said something like that, ever? I mean, look, this is the same guy, when people came out of Charlottesville, and a young woman gets killed, they’re spewing hate, their veins bulging, carrying swastikas, he says they’re very fine people on both sides. He just keeps pouring fuel on the fire. He’s encouraging this. He’s not diminishing it at all. This is his America now. If we want to end this, we’ve got to end his tenure as president.”