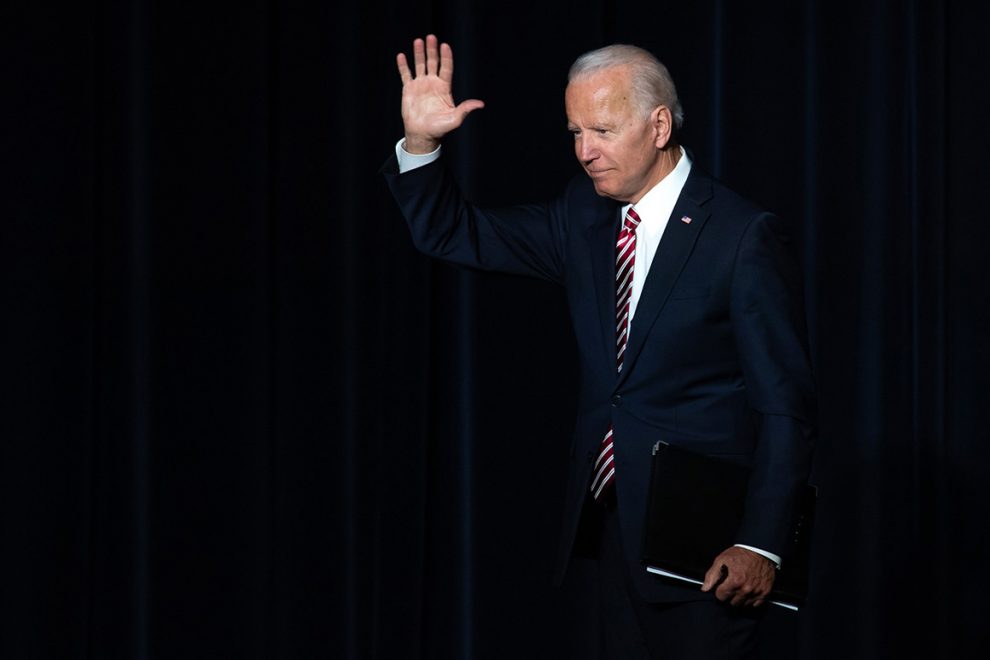 Former Vice President Joe Biden took a page out of President Trump’s playbook on Saturday when asked at a South Carolina fundraiser if he had a nickname for the president.

The 2020 Democratic presidential front-runner said he didn’t want to get down in the mud with Trump, but if he had to choose a moniker for the current White House occupant it would be a “clown.”

“There’s so many nicknames I’m inclined to give this guy,” Biden said, according to Politico. “You can just start with clown.”

At the private fundraiser on Saturday, Biden said Trump’s nicknames were part of his war of words with his political rivals that are meant to keep the discussions away from the issues.

“On every single issue and on every demeaning thing he says about other people, I have no problem responding directly,” Biden said. “What I’m not going to do is get into what he wants me to do. He wants this to be a mud wrestling match.”

The president has recently stepped up his attacks on social media – blasting everyone from the media reporting on Special Counsel Robert Mueller’s Russia report to social media for being an alleged partner of the Democratic Party.

Biden said that Trump’s behavior – both on and off social media – has worried his fellow world leaders and that “at least 14 world leaders” have called him during Trump’s tenure to express their unease.

Biden said British Prime Minister Theresa May asked him directly for reassurance that the U.S. and the United Kingdom “still have a special relationship.”

Biden said the U.S. under Trump “is about to squander alliances” built over generations. He noted that he’s “spent my entire adult life” in foreign affairs, first with 36 years in the Senate then eight years as President Barack Obama’s vice president.

The former vice president’s comments came on the same day that he lambasted Trump and the Republicans for pushing for stricter voter identification laws and charged that Jim Crow is “sneaking back in.”

“You’ve got Jim Crow sneaking back in,” he said, referring to the era before the civil rights movement. “You know what happens when you have an equal right to vote? They lose.”

Biden centered much of his trip to the third state in the nation to hold a primary on the need to restore decency to the White House. “Your state motto is, ‘While I breathe, I hope,'” he said at the rally after continuing his full-throated denunciation of President Trump. “It’s not a joke. We’re breathing, but God, we have got to have hope.”

Biden will continue his trip Sunday by worshipping at Brookland Baptist Church in West Columbia.

The 2020 candidate’s trip to the Palmetto State comes after Biden opened his latest run for president with explicit appeals to white, working-class voters across the Midwest, pledging his support for unions and promising to rebuild the middle class. Now, Biden is trying to gauge whether his message will resonate among more diverse electorates. Black voters accounted for a solid majority of Democratic presidential primary ballots in 2016.