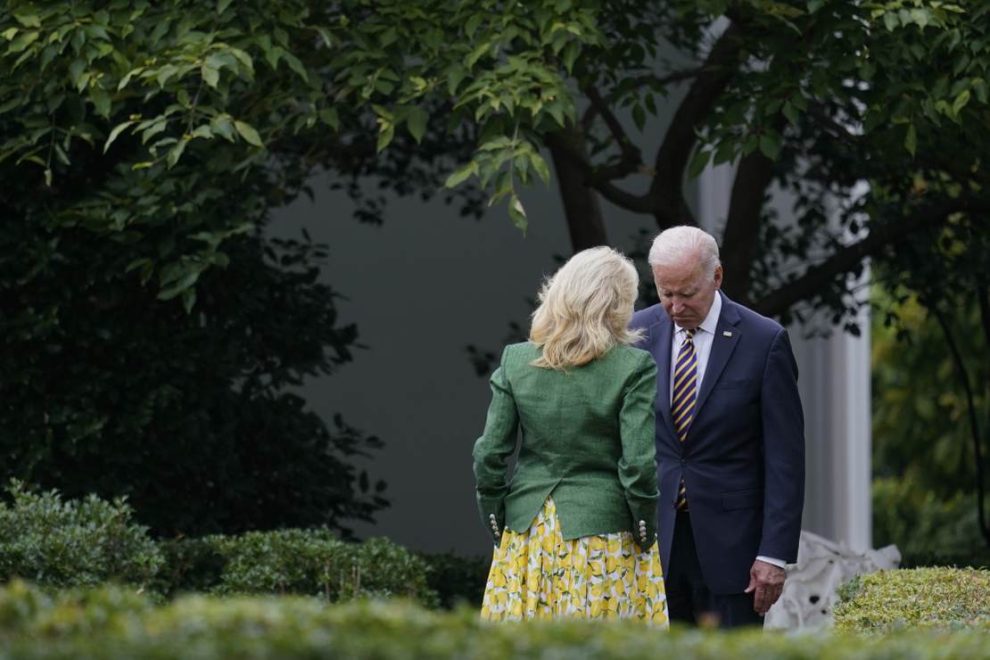 I think once we get past the midterms, there’s likely to be a countdown to when the Democrats finally start being honest about Joe Biden to sweep him to the side because of his issues. Of course, their bigger problem is that they don’t have good replacements for him. His second, Kamala Harris, has her own issues stringing together coherent sentences and doing anything that isn’t a failure. She’s also as unpopular as Joe Biden. So it doesn’t help them much.

All the other possibilities, like Gavin Newsom or Pete Buttigieg, are second or third-string at best. But whoever is looking better get on it, because it’s clear that time is fast approaching. As we’ve seen over the last couple of days with Biden appearing to nod off/have some kind of issue in an interview as well as completely fantasizing that he’d passed a law for his student debt bailout which never happened.

On Monday, he was at it again, just trying to get through the day, failing without having yet more issues.

Here he was wishing Kamala Harris a “Happy Birthday” and calling her “president” for the umpteenth time.

At this point, who knows? Maybe he does believe she is the president, he certainly keeps saying it. Once is a mistake. Several times is a problem. Of course, maybe he’s just speaking about the plan for the future since he can’t seem to stop saying the quiet part out loud.

But that wasn’t the only problem Biden had on Monday.

Biden and his wife participated in an event to honor the White House groundskeeper Dale Haney who has held the job for the last 50 years. That’s a pretty impressive feat and they helped plant an elm tree on the south grounds in recognition of Haney’s achievement.

Dale Haney, the Chief White House groundskeeper, has celebrated 50 years of service. Besides keeping the grounds in shape, he’s also walked the first family’s dogs for years. President Biden and the First Lady planted a tree in his honor today. pic.twitter.com/L6WURXFPmb

Congratulations to Mr. Haney for serving all those years!

That was just on the south grounds, it’s Biden’s own lawn. Yet, after the event, he still got lost and had to be directed to go back to the White House which was right behind him after he started walking off in another direction.

Biden starts wandering in the wrong direction, is directed back to the WH pic.twitter.com/uYZjqsMQDJ

Where’s the Easter Bunny when you need him? It looks like his handler Jill has just given up on him here, she just starts walking off without him. You have to wonder what’s going on there and how anyone could do this to someone if she loved him, knowing his issues.

But he says something there that is truly concerning. “I notice how much freedom I have,” Biden says.

Did he just confess to how much he is being controlled there? It sure sounds like it. So he’s getting lost and they have to control what he does. Everything is just fine, no one should be concerned about this. Who cares if the guy we have in charge is being controlled by others?

Everyone can see Biden’s problems when they see things like this, including our enemies. It’s getting worse each day. And we are going to be in great trouble if something isn’t done about it.