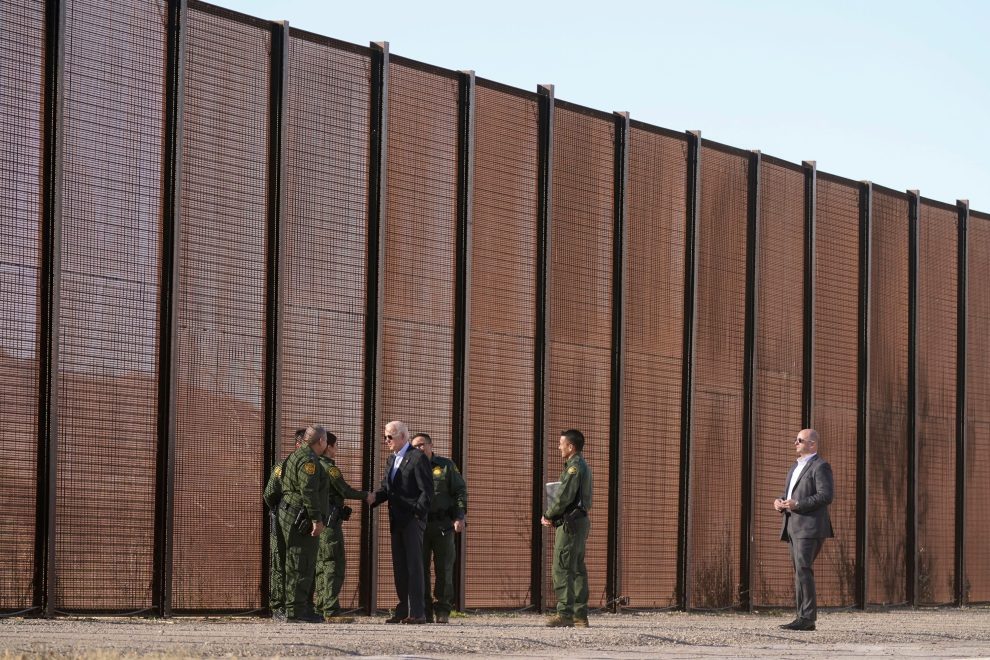 President Joe Biden tweeted an image of his first-ever border visit Sunday that featured part of the “wall,” or border fence, in El Paso, Texas — after he and his party shut down President Donald Trump’s border wall.

Biden ran in 2020 on a promise to build “not another foot” of Trump’s border project after Democrats refused to fund it in 2019 and claimed that it was motivated by racism and the desire to keep brown or black people out.

As soon as he took office, Biden halted construction of the high bollard fencing that Trump had been building along the wall — though the Biden administration later quietly filled in some gaps that had been left behind.

Yet with thousands of migrants pouring across the border daily, and millions entering the U.S., often illegally, since he took office, Biden was under pressure to visit the border for the first time in a half century of politics.

He chose to tweet an image of himself doing so — from the official presidential account — flanked by Border Patrol officers and walking along the fence that exists in El Paso, one of the most secure points on the border.

Our problems at the border didn’t arise overnight. And they won’t be solved overnight.

But, we can come together to fix this broken system.

We can secure the border and fix the immigration process to be orderly, fair, safe, and humane. pic.twitter.com/dtP6IAJZMR

There was also an irony in Biden using Border Patrol agents as props in a photo: he has refused to apologize for claiming falsely in 2021 that agents were using whips to beat Haitian migrants. They were later exonerated.

Biden had never previously visited the border, despite false White House claims to the contrary. He was once in a motorcade that drove near the border, also in El Paso, during the 2008 presidential campaign, for a few miles.