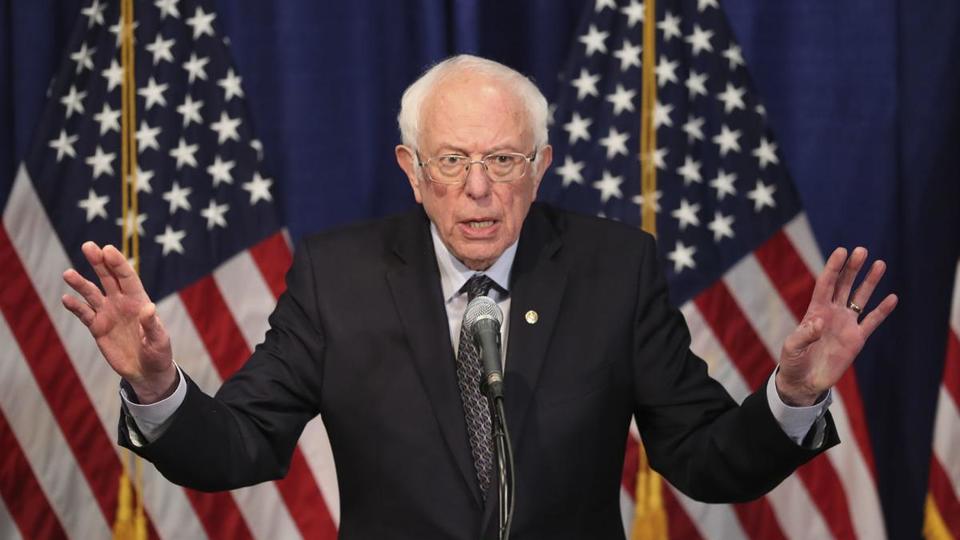 BERNIE SANDERS IS ending his second bid for the presidency, the campaign staff was informed on a conference call Wednesday morning, according to campaign sources.

Sanders’s departure from the race comes a day after the state of Wisconsin went forward with a controversial in-person election, which Sanders had called to be postponed. The Vermont senator was momentarily the frontrunner for the nomination, following a popular-vote win in Iowa, a win in New Hampshire, and a decisive victory in Nevada. His chances fell apart in South Carolina, where the dean of the state party, Rep. Jim Clyburn, gave an impassioned endorsement to former Vice President Joe Biden. A race that had been narrowing turned into a blowout.

Party moderates then coalesced around Biden, who soared in the polls, pulling off the biggest comeback in the shortest amount of time, measured by a swing in the polls, since the modern primary process began in 1972. Biden won a majority of states on Super Tuesday and continued racking up victories throughout March.

Some in Sanders’s inner circle — including, most vocally, Our Revolution Chair and labor leader Larry Cohen — urged Sanders to stay in the race in order to build his delegate total and leverage that for policy wins within the Democratic Party’s platform. Others argued the platform is largely meaningless and that his greatest leverage is in the Senate, where the economy is being reshaped by an ongoing series of relief efforts historic in scope and scale.

Sanders’s exit is a boost for Biden, particularly as it relates to campaign finance. Without a primary opponent, he can move more quickly to the general election phase of the race, during which he can spend money raised for that purpose. Had the contest gone all the way to the August convention without Biden having locked up the necessary delegates, he would be restricted to his scarce primary funds only. It’s not entirely clear when Biden can tap general election funds, and lawyers are working to move the date up as much as possible, sources said.

Sanders will be addressing his supporters via livestream at 11:45 a.m. ET.